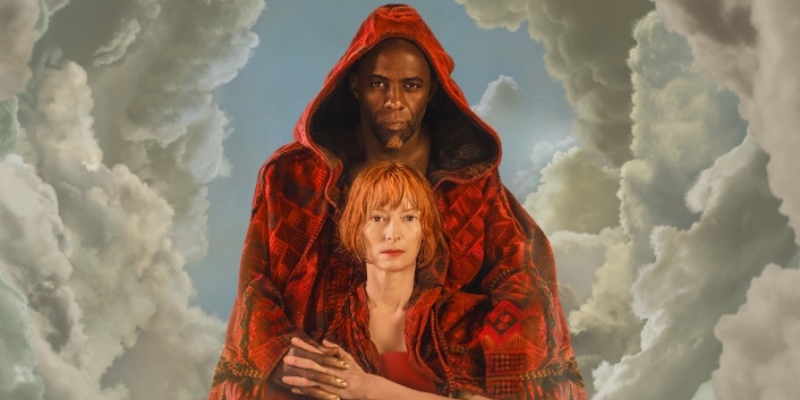 In A.S. Byatt’s long story “The Djinn in the Nightingale’s Eye,” a narratologist named Gillian Perholt travels to Ankara for an academic conference on “Stories of Women’s Lives.” Byatt, one of the most erudite and scholarly fiction writers alive and a former professor with over 20 years of experience, sets many of her novels in this milieu, the upshot of which is two-fold: first, it allows her to meditate on texts via an intermediary. Her characters pore over historical flotsam to assist in their literary endeavors, whether it’s writing a biography of a biographer (The Biographer’s Tale) or tracing the romance between two Victorian poets (Possession) or presenting at a conference, as Gillian does. The second benefit is that to dramatize the activity of scholars and researchers, Byatt reproduces the texts they examine, which effectively doubles the narratives, set decades or centuries apart, and thus justifies the juxtaposition of different eras. Art and stories, in Byatt’s fiction, are the sturdiest bridges between us and the past.

Two lectures given at the conference in “The Djinn in the Nightingale’s Eye” take up nearly 30 of the story’s 179 pages (which should make it a novel, or at least a novella). Gillian discusses Chaucer’s “A Clerk’s Tale” from The Canterbury Tales, while her friend Orhan focuses on the Thousand and One Nights. These are detailed mini essays filled with remarkable intellect and deep erudition; Byatt’s method of establishing themes of fate and mythology here is disarmingly straightforward (if perhaps a bit too extensive to maintain narrative momentum): she just has her brilliant characters riff on them.

Here is how those lectures are depicted in George Miller’s film adaptation of Byatt’s story, Three Thousand Years of Longing: Alithea Binnie (Tilda Swinton) and a colleague give what looks like a TED Talk, making utterly banal statements about storytelling, supported by a truly useless and very large screen on which play images so unimaginatively and unironically spelling out the trite things being said that it’s difficult to imagine how anyone involved in making this film could have believed this lecture resembled an event meant for adults, let alone academics.

I bring this up not because I expected a film of Byatt’s story would actually reproduce any of those lengthy lectures, as cinema isn’t the right medium for them, but because it captures the way Miller’s adaptation takes the spirit of Byatt’s writing and flattens it into something shallow.

Miller (who co-wrote the screenplay with his daughter Augusta Gore) is a skilled filmmaker with numerous successes under his belt—including Mad Max: Fury Road, one of the great action films of this century, and Babe, one of the great children’s films of the previous century—but the sensibility he brings to Three Thousand Years of Longing is epic and frenetic—striking visuals, popping colors, special effects—whereas Byatt leans on ideas.

While he condenses the lectures into a brief scene, he expands the stories told by the Djinn (played in the film by Idris Elba); a few pages of Byatt’s story become whole sequences in Miller’s film. We see the Djinn’s life with the Queen of Sheba, his relationship with a young genius trapped in marriage to a much older man, and his many centuries of imprisonment in his various bottles, among other stories. These expanded scenes contain the most effective parts of the film, as they are where Miller was able to take more narrative liberties and display the visual flare that makes his style so distinctive. But they also give the Djinn narrative centrality without developing his character in the typical sense. The Djinn’s emotions are fuzzy and a bit uncomfortable (in the source material, too), and no portion of his biography clarifies them.

The Djinn, after all, is beholden to Alithea until she makes her three wishes, which, at first, she is reluctant to make. As an expert on stories, she knows too well how often wish-making goes awry, how often they contain ironic twists, so she ponders and equivocates while the Djinn recounts his existence. This is a departure from Byatt’s version, in which Gillian almost immediately wishes for a more youthful body. Alithea’s initial refusal to make a wish until she could know for certain that it won’t come back to bite her in the ass is a promising premise, one that a narratologist protagonist could have a lot of fun with.

I at first imagined a meditative film retelling classic instances of perversely granted wishes and ruminations on the meaning of such tales: Why do wishes appeal to us so much? Why do we assume they won’t be satisfying? And can there be a wish that could come with zero ramifications?

Some of the best parts of her art are the very ones lost when projected onto a big screen.

Such queries, unfortunately, are only glanced at in Three Thousand Years of Longing, and instead the film makes the same mistake the story does: both Gillian and Alithea end up wishing for the Djinn to love them. Here is where the Djinn’s ambiguous emotionality becomes an issue: both stories turn into a kind of romance, which doesn’t work at all. The Djinn, despite his generous nature, is essentially the narratologist’s slave, so the fact that he grants her this wish, has intense sex with her, and returns with her to London in his bottle turns this so-called romance into something darker. Had the underpinnings of their relationship been investigated in some sense, these plot points could have led to interesting examinations of power dynamics, but again, the subject is almost entirely ignored.

All of which is even more complicated by the fact that the film falls into the Magical Negro trope. Elba’s Djinn is subservient to Swinton’s Alithea, a conduit to her own self-actualization. (After returning to London, that there is a dreadful scene in which Alithea confronts her racist neighbors makes it all the worse.) Moreover, the Djinn’s only stated desire is to be free, which Alithea eventually grants him—but only when push comes to shove. Afterward, she doesn’t see the Djinn again for three years, when he returns from wherever it is he went to enjoy his freedom. This has a kind of sweetness to it, but it still doesn’t clarify the ingenuousness of his love.

Byatt has written numerous riffs on fairy tales in books like Little Black Book of Stories and Elementals, and many of them are fun and weird and diabolically clever. “The Djinn in the Nightingale’s Eye” is not one of her most successful; it suffers from many of the same problems as the film. But its pleasures come from those Byattian qualities she brings even to her lesser work: eloquently woven sentences, deep and penetrating erudition, and clever meta-textual trickery. Unfortunately, these qualities—some of the best parts of her art—are the very ones lost when projected onto a big screen. You simply can’t replicate them cinematically, no matter how hard you wish for it. 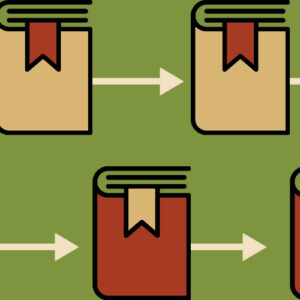 Fall is publishing's biggest season, and every year it gets more overwhelming. Which short story collection will puncture...
© LitHub
Back to top