Three O’Clock in the Morning 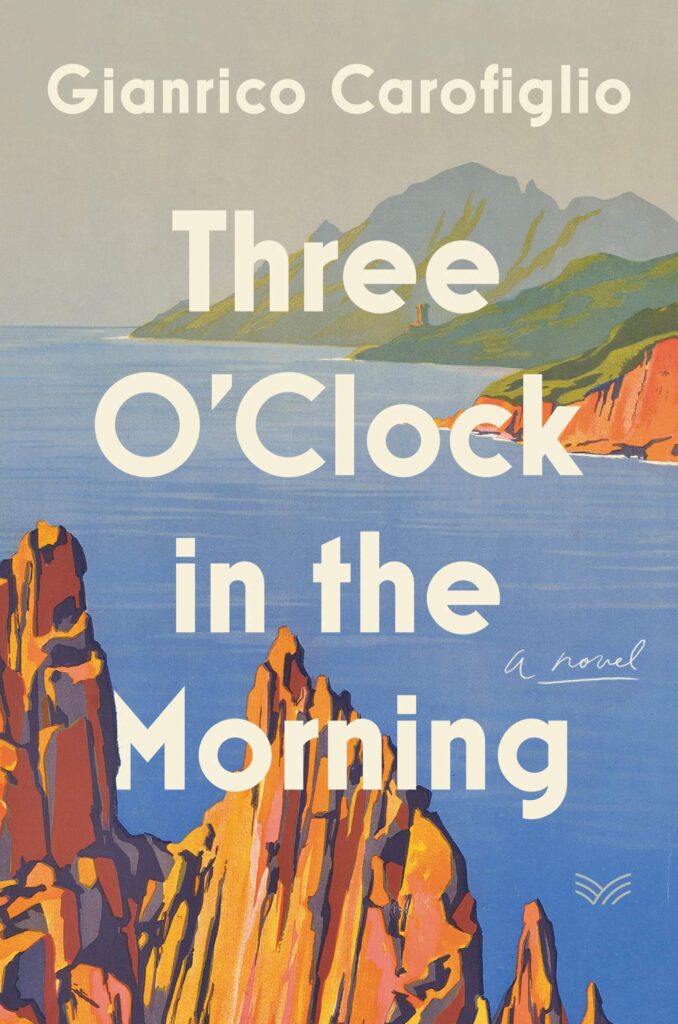 The following is excerpted from Gianrico Carofiglio's novel, Three O'Clock in the Morning, about a father and his teenage son who are forced to spend two sleepless nights exploring the city of Marseilles. Carofiglio's books have sold more than 5 million copies in Italy and have been translated into 27 languages. He worked for many years as a prosecutor-judge and, later, as an Italian senator. He speaks fluent English and his last book was turned into a popular Italian television series.

We were lying on our beds, in T-shirts and underpants. My father was studying the Marseilles guidebook, and I was reading Salinger.

I’d also brought The Name of the Rose with me. It had been out for three years, everyone had read it, everyone liked it, which was why, to live up to my image as a nonconformist young intellectual, I’d kept my distance from it, slavishly imitating, as it happens, my mother’s attitude.

But when the fuss had died down, even she had bought the book in paperback, read it, and actually liked it, whereas as a rule, I would have expected a condescending put-down.

That had given me the green light, and just as we were about to leave, I’d thrown it into my suitcase.

I hadn’t started it yet, though, because I couldn’t tear myself away from Franny and Zooey. I was both proud and embarrassed to recognize myself in the self-importance of the characters. They were simultaneously immature and profound, which I thought was great.

I saw in them what seemed to be my own way of thinking, and there were some passages where I had the impression I was actually looking at myself. My faults—or what I liked to think were my faults—were there, but depicted in such a way that I could feel proud of them. I would underline and copy out extracts and pieces of dialogue, and in copying them, I made them mine.

“What a strange feeling,” Dad said suddenly, looking up from the Marseilles guidebook.

“I can’t remember how long it’s been since I had two whole days in front of me with no commitments, no obligations, nothing particular to do. That’s what’s strange.”

I turned to him. “You know, when I look at you grown-ups, I think you’re trapped by things you don’t actually care about. How does that happen? When does it happen?”

He pulled himself up into a sitting position, with his back propped against the headboard. He closed the guidebook after folding down a corner of the page he’d been reading to mark the place.

“It’s impossible to establish when. It isn’t the result of a sudden change, it happens one day after the other, like a slow landslide that you’re hardly aware of. You don’t realize it until years later. You burden yourself with superfluous things—objects, commitments, personal relationships—and all these things become just so many invisible threads that weave their way around you, a bit more every day, like a spider’s web.”

I also sat up, in a movement identical to his earlier one. I put my book down on the bed, still open, with the white cover faceup. “If you’re aware of it, why don’t you do anything to free yourself?”

“Well, that’s the trap. You know you’re wasting a lot of your time on pointless things, and yet, you can’t get out of them. Do you know Cavafy?”

“A Greek poet, though he spent most of his life in Alexandria, in Egypt. One of his poems is on that very theme. It’s called: ‘As Best You Can.’ ” He paused, as if wondering whether to go on or change the subject. Then he said, “Would you like to hear it?”

He touched his chin, as if to focus his mind and remember, but it was clear that he, too, felt uncomfortable reciting a poem to his son who was nearly eighteen, but whom he barely knew. We were entering uncharted territory.

He cleared his throat.

And if you cannot shape your life as you want,
at least try this,
as best you can: do not debase it
by too much contact with the world,
by too much activity and talk.
Do not debase it by taking it around,
dragging it with you, exposing it
to the daily madness
of encounters and invitations,
until it becomes a bothersome stranger.

The lines lingered in the air for a long time.

“It’s beautiful,” I said at last. “Do you mind repeating it? I’d like to write it in my notebook.” Speaking to my father like that, in that polite, circumspect way, I wondered what was happening.

He recited it again, slowly, and I transcribed it carefully, on a right-hand page of my almost new notebook.

These days, Cavafy has become fashionable; his words often worn with overuse. But back then, they sounded in all their force, intact and resplendent. They’re still there, in that old notebook, dated the beginning of June 1983.

The border between before and after.

“Anyway,” Dad said, “there are a lot of things to see in Marseilles. It may not be a city for tourists, as our friend Marta said, but we won’t be bored tomorrow.”

“Yes, you’re right,” he said, getting nimbly off the bed.

One afternoon—my parents had been separated for a few years—I didn’t feel like doing my homework: not an unusual feeling for me. So I decided to make myself a sandwich with whatever I found in the fridge and take a break. The word “break” is a misnomer. That presupposes that something has started and has been temporarily interrupted, whereas I hadn’t even started studying. I have to admit, though, that I’ve never been bothered by such semantic niceties. Even today, I’m perfectly capable of taking a break from a piece of work before I’ve started it.

The light was off in the kitchen. I switched it on and saw my mother sitting at the table, with her head in her hands and her elbows on the table. She had her coat on, and her bag lay on the floor. She’d been about to go out, but something—a fact, or a thought—had stopped her, confining her in that half-light that was so familiar and yet suddenly so frightening, in a position that wasn’t usual for her, with a look that wasn’t usual for her.

I found the image highly disturbing, and my legs started shaking.

She turned to look at me, in what seemed to me like slow motion, and for a few moments, I almost had the impression that she didn’t recognize me. Then she gave a start. “Come here, sweetheart.”

I went to her, and she took my hand.

It’s not true; it’s not true that you’re not up to it, I’d have liked to tell her.

But I couldn’t. Like so many times in my life, I couldn’t speak when I needed to. She started crying, and I also started crying and said nothing, and all I could do was hug her, feeling the soft wool of her coat under my hands, and the smell of her skin, smooth and dry, like old, precious talcum powder.

She shook herself out of it and wiped the tears from my face with the tips of her fingers, then told me it was nothing, it was just that there were times she felt discouraged.

They always passed, she said.

She stood up, stroked me, kissed me on the forehead, and said she had to go or she’d be late. 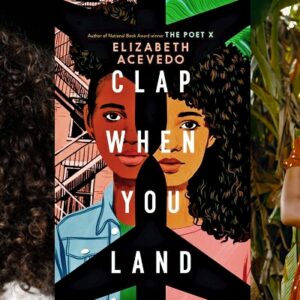 Celebrating the 2021 Audie Awards: Best YA Audiobook Every Monday through Friday, AudioFile’s editors recommend the best in audiobook listening. We keep our daily episodes...
© LitHub
Back to top