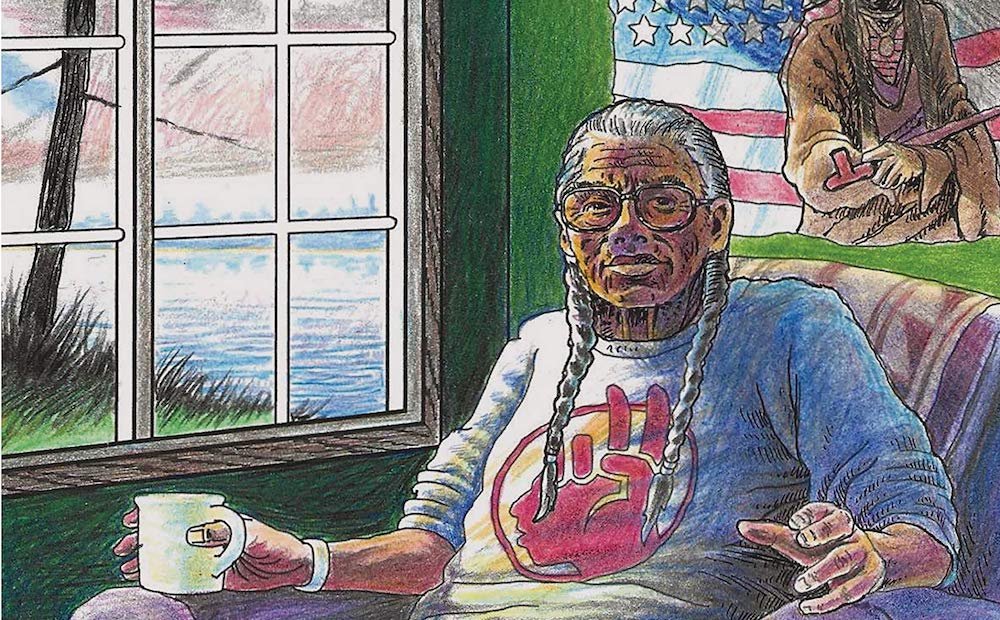 Three new Ojibwe-language books will tell the stories of tribal elders in their own words.

A new project from the Mille Lacs Band and Minnesota Historical Society Press will soon bring the stories of elders to the community with three Ojibwe-language books that speak to the endurance of language and Ojibwe autonomy.

To create the three books, titled Akawe Niwii-tibaajim, Anooj Inaajimod and Nishiimeyinaanig, elders fluent in Ojibwe met with transcribers for extensive interview sessions, sharing stories about childhood and Ojibwe culture along with original fiction for children. They are currently in the process of illustration and will be published this summer or fall, Baabiitaw Boyd, commissioner of administration for the Mille Lacs Band and an organizer of the project, told Lit Hub.

Fewer than 500 people in the US speak Ojibwe, according to estimations. Unlike many other Ojibwe-language books, these will not contain an English translation—an aspect of the project that affirms the validity of the Ojibwe language apart from its relationship to colonial languages, Boyd said. She spoke to us about how the process worked, the role of fluent speakers in the community, and the impact of language on wellness.

How did your involvement in this project begin?
About 10 or 15 years ago, I watched a project that was facilitated by Dr. Anton Treuer. He created teams and they worked with fluent speakers to try and elicit stories: there’s personal accounts of their childhood, there’s traditional Ojibwe teachings, and then there’s just some really beautiful fiction that’s coming out of these content sessions.

I always wanted to do that project again and make sure that there was a constant effort to create literacy tools and capture living culture and to capture living language. I brought on the folks that did it a decade ago and we’re in the midst of preparing and training second language learners to develop those transcription skills. 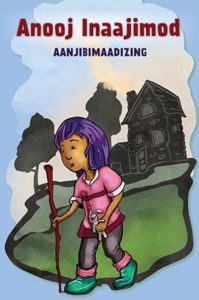 Why did you decide to pursue this project?
Ojibwe language is historically an oral language, but we’ve always used the means and the technology of the time to document. … The idea of creating books of this nature and just creating books in general is about systemically sending the message that the Ojibwe language and knowledge is valid and it’s as valid and important to people as the English. … Keeping [Ojibwe] out of the schools, and only having it be in the home and only being in religious spaces, has sent a message to the indigenous community that it’s not as important, or that you can’t be smart and Ojibwe at the same time. You have to go to public school, American Western education, in order to be successful, in order to be a contributor or take care of your family. There’s a dichotomy there, there’s always a separation and an idea that you can’t do both.

At this point, we have an enforced federal style of government and we have enforced federal education regulations and health care regulations and we haven’t always been able to define education for ourselves as an indigenous people and as a sovereign nation. … Through all of that policy, we have diminished, our identity, our identity has been diminished.

We will always have a fight to secure ourselves as a nation and secure our ability to self-govern, and to enforce and to uphold treaties that carry the weight of law and to make sure the federal government upholds its responsibility. At any given time in the future, that can be contested, and one of the things that is going to make us unique and stand in our own truth is the idea that we have a language, we have a land base, and we have cultural practices from time immemorial. But the thing is, we have about 20 fluent speakers left in this community, and there may be less than 500 in the United States.

It’s also about wellness. We’ve been given religious ceremonies procedures and ways to process life and process grief and loss, and to support ourselves spiritually, and we only practice that in Ojibwe language. We only communicate to our powers that be in [Ojibwe] because that’s the language that they gave us. And so, unlike some other communities who have adapted and changed to use English in some of those spaces, we haven’t, so we have a limited amount of people who can do those talks. The goal is to provide access and opportunity for community members to grow spiritually through those ceremonies that we’ve been given.

How does the process of transcription work?
We’ve had three content sessions so far and we’re having our fourth one this weekend. We invite the fluent speakers to an area [and] assign a second language learner to a fluent speaker, somebody who can keep up with the fluent speaker and transcribe at the rate that they’re speaking, and maintain the recordings, and then we do a consolidation of data as it’s catalogued. 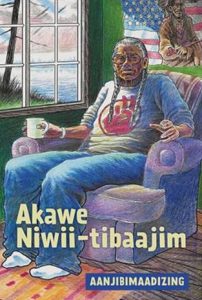 As we’re all coming together on the first night, we usually do some storyboarding and give the second language learners and their respective elders ideas of what they can talk about, and we help do some brainstorming as far as themes. It was a tough start because second language learners are all beyond 70, and a good handful of them are in their nineties, and [often] they’ve never been asked to participate in any kind of linguistic work, and so it’s been a learning experience for everybody. Because fluent speakers are so highly revered and there are so few of them, a lot of our second language learners … they’re a little bit awestruck and intimidated. We’ve been nursing all those different variables in that process and giving elders time to break and time to rest.

In that work group, with 20 fluent speakers and roughly 20 transcribers and different aides and assistants who have helped to facilitate, we’ve come up with more than 150 stories. We’re hoping at this point to have three content sessions a year where we’re pulling between 30 and 50 stories each session.

How would you describe the content of the books?
The first book is about childhood experiences. They’re telling first person narratives of what it was like as a child, different things that happened with their families or their siblings or getting in trouble for doing something silly or wrong. There’s stories like that. [In the second book], there’s stories of people’s first cultural experiences, so maybe fasting, puberty, rites of passage, there might be different stories like that. Then [the third book] is completely made up stories for children. I think we’re hitting a broad audience.