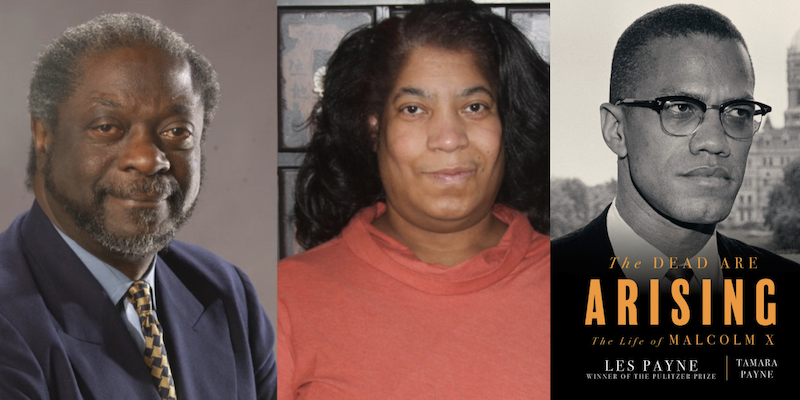 This Year’s NBCC Award Finalists: The Dead Are Arising by Les Payne and Tamara Payne

Elizabeth Taylor on One of the Finalists for Biography

The Dead Are Arising: The Life of Malcolm X by Les Payne and Tamara Payne (Liveright)

Forensic and poetic, The Dead Are Arising is a sweeping account of Malcolm X’s life and is a stellar biography. Based on decades of investigation, Les Payne, assisted by his daughter Tamara, establishes in rich,  definitive detail the vibrant arc to Malcolm’s life and times, from his early years in Omaha, Nebraska, to his 1964 assassination in New York’s Audubon Ballroom

Elevating oral history and narrative to an art form, Payne weaves together hundreds of interviews with Malcolm’s family and friends, as well as his enemies. He situates Malcolm in the context of 20th-century Black thought and American history so that this expansive biography succeeds as social history. With nuanced understanding of race and racism, Payne establishes Malcolm’s place in the ideological battles of Garveyism, W. E. B. Du Bois, then the Nation of Islam and Elijah Muhammad.

Payne excavates Malcolm’s origin story and finds the fiery cauldron into which he was born. The Paynes‘ richly detailed biography reveals Malcolm’s childhood, which included the powerful influence of Marcus Garvey’s Black Nationalism and Pan Africanism, as well as the family history of suffering. Malcolm’s father, Earl Little, died in a mysterious streetcar accident that Malcolm believed to have been caused by a racist mob, and his traumatized mother ended up in a psychiatric hospital, leaving 13-year-old Malcolm without an anchor.

Incarceration was a transformative part of Malcolm’s life; it was in prison that he evolved from a petty criminal into a political activist who preached African American self-reliance. Payne challenges the conventional wisdom that Malcolm was a hardened criminal and demonstrates that while he had been a troubled adolescent and a hustler, he was not particularly violent, but rather enmeshed in a world of vice in the numbers racket with drug dealers and prostitutes.

With his brothers Philbert and Reginald as fellow evangelists, Malcolm joined the Nation of Islam, attracted by the self-redemption message at its core. Charismatic and dedicated to his new religion, Malcolm learned how to influence others and became a celebrity.

Forensic and poetic, The Dead Are Arising is a sweeping account of Malcolm X’s life and is a stellar biography.

With nuance and insight, Payne illuminates the power dynamics in this civil rights battle. An evangelist for Black self-respect and a critic of white America, Malcolm eventually won the enmity of the Nation of Islam leadership and Elijah Muhammad himself when the organization joined in an unholy alliance with the Ku Klux Klan to fight integration and to destroy Martin Luther King Jr. Payne carefully delineates the FBI’s campaign to infiltrate and disrupt the Nation of Islam and go after King. After Malcolm denounced Muhammad, his former allies turned on him and the Hoover-era FBI did nothing to protect Malcolm. His fate was sealed.

With great detail, Payne vividly reconstructs the assassination of Malcolm at Harlem’s Audubon Ballroom as bullets tore into the charismatic leader and he bled to death onstage.

Les Payne, Pulitzer Prize-winning reporter for Newsday, passed away in 2018 but was fortunate to have Tamara as his principal researcher, working along with editors to ensure that his magnificent biography reaches the readers it richly deserves. 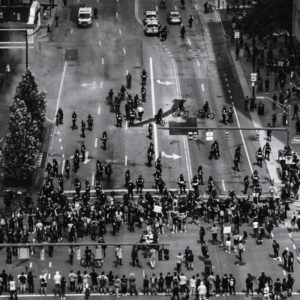