Charles Finch on One of the Finalists for Poetry

Very few books are straightforwardly about death, but Obit, by the poet Victoria Chang, is one of them. Except that death turns out to have finer gradients than those of us who have not spent intimate time with it might have imagined; Chang begins with the debilitating stroke of her father in 2009 and the death of her mother from pulmonary fibrosis in 2015, but her subtler subject is the epiphytic deaths that precede and follow a human one: Last encounters with her parents’ doctors, her mother’s false teeth, her father’s friends, her own sense of strength.

This makes Obit a heavy book, but Chang’s writing, in prose poems that slip between newsy and fantastic registers (“I blame God. I want to complain to the boss of God about God. What if the boss of God is rain and the only way to speak to rain is to open your mouth to the sky and drown?”) is beautiful, inventive but never deceptive or slack, often funny. In later sections of the book, when Chang moves into sections of verse—words spaced to create defamiliarizing compressions and elisions, in a manner recalling Charles Wright and Alice Notley—she allows herself both more desolation and more hope. “here there are   no Greek gods  just   the spiky cries of a   baby and the private legends of her birth.”

But these are interstitial adventures, and in the prose poems, more solid footing for her uncertainty, the tone is less optimistic or pessimistic than watchful; astonished. The poet’s mother’s last drink was Sprite. Was her last thought in Chinese? “Scientists now say that a mind still works after the body has died,” Chang writes. “Maybe she heard the geese above disassemble one last time. Then maybe my kiss on her cheek felt like lightning.”

Charles Finch is a book critic and essayist as well as the author of fifteen novels. He is a regular contributor to The New York Times and the Chicago Tribune, and the recipient of the 2017 Nona Balakian Citation for Excellence in Reviewing from the National Book Critics Circle. He lives in Los Angeles. 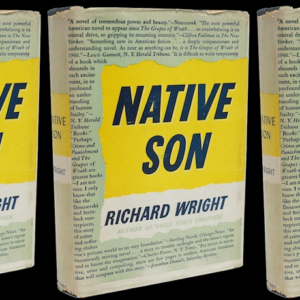 “I wanted to create something that had dignity. I feel like we did that.” Ijeoma Oluo talks to Jasmine J. Mahmoud...
© LitHub
Back to top