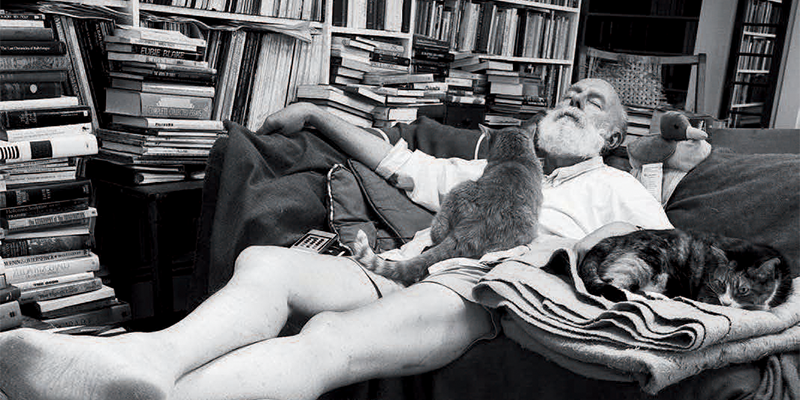 Yes, you read that right. Edward Gorey’s elephant house. That’s what he called it. To the beloved author, illustrator, and costume and set designer—the man with the inventive and wonderfully macabre mind—a few of the fixtures inside resembled the shape of elephants. Plus, the chipping paint on the outside of the house had the rough texture of an elephant’s skin.

He purchased the house for around $80,000 (Broadway Dracula money) without even setting foot inside. From 1979 until his death in 2000, the elephant house was a little safe haven. It might delight his fans to know that while he was living here, the house contained 6-7 cats; 25,000 books; and a Ball Room. No, not for dancing. It’s what he called the room where he stored his collection of various round objects.

Lucky for us, after his death, it was turned into the Edward Gorey Museum, complete with his toddler shoes, his first spoon, and pretty much every drawing he ever did. (He was an only child.) So, take your fur coat off, sit down, and settle in for a fascinating tour with the museum curator. Happy spooky season.