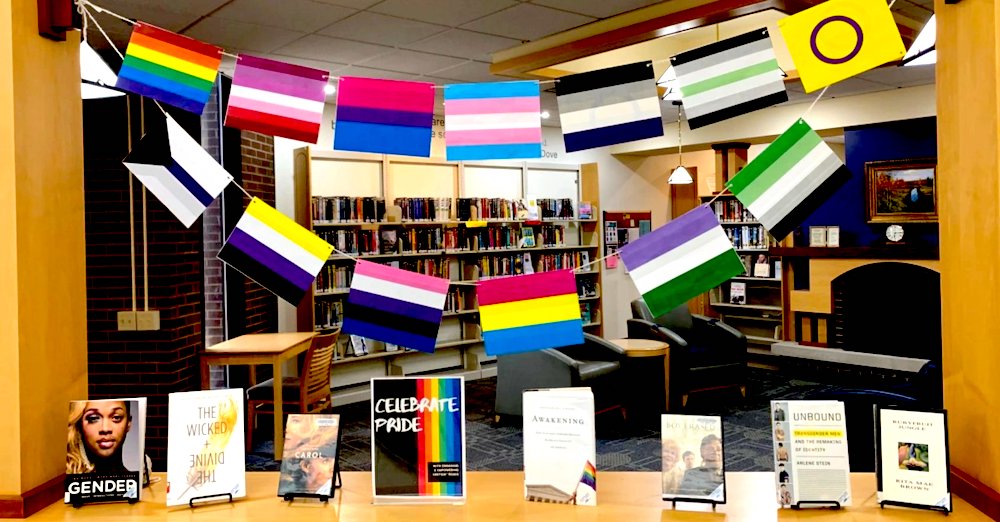 A website called CatholicVote is telling its readers to hide books in library displays that have anything to do with the lives of queer people or people of color. This month, of course, the focus of their fragile and bigoted worldview is LGBQT+ visibility. Here’s a sample of their marching orders:

Go to the children’s section and take all “Pride Month” books off the display shelves [and then] place the Pride books on a shelf out of reach of children.

According to the Chicago Sun-Times, CatholicVote president Brian Burch is unapologetic about the strategy, which has seen his fellow zealots take action in scores of libraries:

We’ve urged parents to exercise responsibility in their community to remove what we believe to be inappropriate books from these displays, so kids’ innocence is protected. These books provoke conversations best reserved for families, at the time and place and manner of the parents’ choosing—not libraries.

Burch had nothing to say about families that refuse to recognize the queerness of their kids; families that create brutally toxic environments for anyone who doesn’t conform to the strictest versions of cis-het behavior; families that would sooner disown a young person than acknowledge who they really are. (If you’re a young person reading this, here are some books for you.)

This right wing strategy of attacking visibility isn’t limited to LGBQT+ books. According to Ginny Wehrli-Hemmeter, director of events and marketing at Anderson’s Bookshop, a large independent bookstore in Naperville, Ill., “Any book with a cover showing a person of color on it gets covered up.”

Sure, this isn’t exactly torches in the street, but it all plays into a broader white nationalist agenda that seeks to deny the existence of anyone but the whitest and straightest of Americans, the better to deny everyone but themselves the most basic human rights.

So please, the next time you’re in a bookstore or a library, keep an eye out for passive-aggressive bigots!