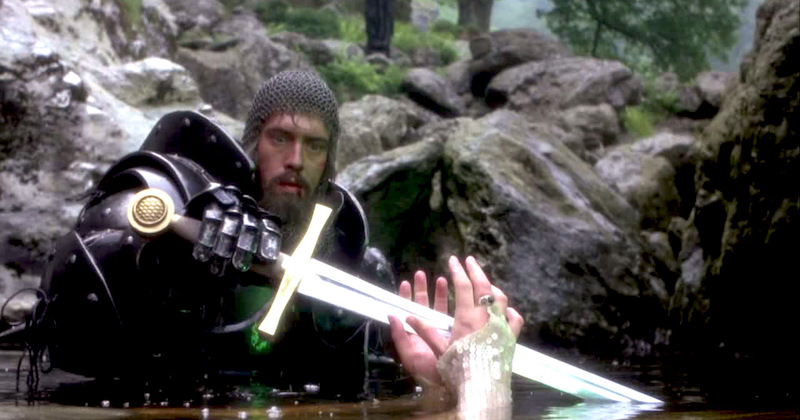 Back in 2019, months before our current plague swept the earth, an industrious librarian at the University of Bristol was leafing though a 16th-century book and found within its pages a few stray fragments of parchment handwritten in Old French. Though the librarian (I’m assuming) wasn’t literate in Old French, one word did leap off the parchment: Merlin.

Two long plague years later, scholars have completed their dating and translation of the parchment text (nicknamed “Bristol Merlin”) which, it turns out, is somewhere in the region of 800 years old. According to said scholars, the Bristol Merlin sheds new light on the “modern” retelling the Arthurian legend, including details about King Arthur’s war against King Claudas and Merlin’s doomed romance with Viviane, aka “the Lady of the Lake.”

“In most manuscripts of the better known [version], Viviane casts a spell whereby three names are written on her groin that prevent Merlin from sleeping with her,” said Dr. Leah Tether, a professor of English at the University of Bristol and the president of International Arthurian Society. “In several manuscripts of the lesser-known version, these names are written on a ring instead. [But] in our fragments, this is taken one step further: the names are written on a ring, but they also prevent anyone speaking to her. So the Bristol Merlin gets rid of unchaste connotations by removing reference to both Viviane’s groin and the idea of Merlin sleeping with her.”

Dr. Tether and her cohorts are understandably excited about the discovery—as well as the possibility that the University of Bristol’s archive could yield yet more Arthurian manuscript fragments—but, to be honest, I’m a little disappointed at the omission of Viviane’s iconic groin spell from this newly-discovered version.

Far be it from me, a man’s whose knowledge of the mythos stems mostly from the 1981 John Boorman movie Excalibur, to criticize the editorial choices of a 13th-century Arthurian scholar, but I think cutting the groin spell was a mistake, and I would call upon Dr. Tether and her colleagues to return this chaste, PG version of the tale to the bowels of the library catacombs from whence it came.