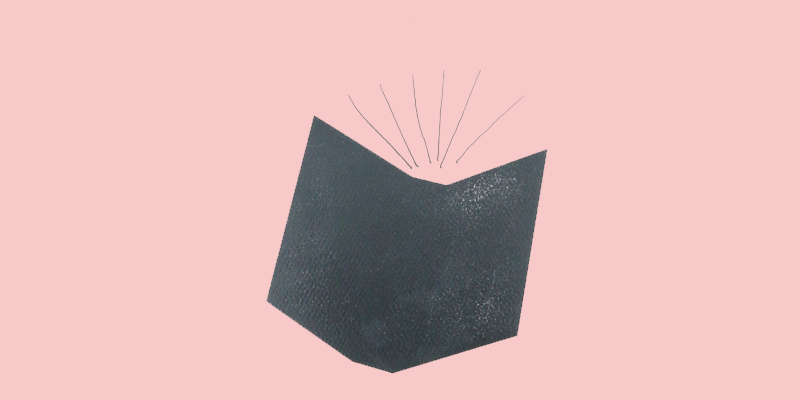 This passage from Calvino is basically the first Instagram ad targeted at millennials (me).

Last night, I was toggling between reading If on a winter’s night a traveler and scrolling through Instagram. This is not a judgement on the novel, which is incredibly fun and brilliant; rather, it’s me admitting that I have no attention span anymore. I would read one of the stories nested within the story, and then I would post a photo to my Instagram stories so all my friends would know that I am ~literary~. And then I would get distracted by a college classmate’s post and then I would click on an ad for sustainable home goods, and—well, you know how it goes. But then I got to a passage in which these two experiences conflated in an eerie and satisfying way.

For context: If on a winter’s night a traveler is a gleefully deranged novel in which the Reader buys a book and discovers, a few pages in, that there’s been a terrible printing mishap inhibiting one from finishing the story. The Reader returns to the bookstore to complain, where the Reader meets Other Reader, a woman named Ludmilla. The Reader and Other Reader descend down a rabbit hole of false-starts of novels, desperately trying to continue any of the stories they have started reading. From the very first page, it’s a meta experience because Calvino addresses you, the Reader, directly: “You are about to begin reading Italo Calvino’s new novel, If on a winter’s night a traveler.”

In the passage I read last night, the Reader is waiting for Ludmilla in her apartment. The narrative point switches, and asks, “What are you like, Other Reader?” The novel proceeds to make a series of observations as the Reader snoops around the apartment.

If you, like me, are a 20-something year-old woman, I ask you: does this sound familiar?

“The kitchen is the part of the house that can tell the most things about you: whether you cook or not (one would say yes, if not every day, at least fairly regularly), whether only for yourself or also for others (often only for yourself, but with care, as if you were cooking also for others; and sometimes also for others, but nonchalantly, as if you were cooking only for yourself), whether you tend toward the bare minimum or toward gastronomy (your purchases and gadgets suggest elaborate and fanciful recipes, at least in your intentions; you may not necessarily be greedy, but the idea of a couple of fried eggs for supper would probably depress you).”

“It is clear that when shopping you succumb to the lure of the goods on display and don’t bear in mind what is lacking at home.”

You’re right, Calvino! I do cook sometimes. I have an Alison Roman cookbook that I’ve flipped through, and I do have lofty recipes in mind. You know me, just like HelloFresh and Blue Apron ads that grace my timeline! Shall we go on?

“There are countless things that you accumulate around you: fans, postcards, perfume bottles, necklaces hung on the walls. But on closer examination every object proves special, somehow unexpected. Your relationship with objects is selective, personal; only the things you feel yours becomes yours.”

“In one corner of the wall there are a number of framed photographs, all hung close together. Photographs of whom? Of you at various ages, and of many other people, men and women, and also very old photographs as if taken from a family album […] The frames are all different, nineteenth-century Art Nouveau floral forms, frames in silver, copper, enamel, tortoiseshell, leather, carved wood.”

“[…] the space at your disposal is limited, but you show a certain care in exploiting it, to make it seem more extensive.”

How did he know? The same way Target and Wayfair know, when they remind me of the mid-century modern lamps I have recently clicked on. And did you notice the coyly complimentary tone? Not unlike the emails that tell me that I have good taste and remind me that I have decorative apothecary bottles and a yellow linen throw blanket waiting in my shopping cart.

“Are you depressive or euphoric? The house, in its wisdom, seems to have taken advantage of your moments of euphoria to prepare itself to shelter you in your moments of depression.”

“The potted plants don’t seem to have been watered for several days, but perhaps you deliberately chose the kind that don’t require much attention.”

I know I can’t possibly be the only one out here that The Sill keeps attacking with promises of the resiliency of the snake plant or Hoya heart succulent.

“Let’s have a look at the books. The first thing noticed, at least on looking at those you have most prominent, is that the function of books for you is immediate reading; they are not instruments of study or reference or components of a library arranged according to some order. Perhaps on occasion you have tried to give a semblance of order to your shelves, but every attempt at classification was rapidly foiled by heterogeneous acquisitions.”

Got me! Got me good. A young person who cooks sometimes and has a small space with some (dying) plants and an affinity for haphazardly collecting books? It’s me. It’s you. It’s all of us.