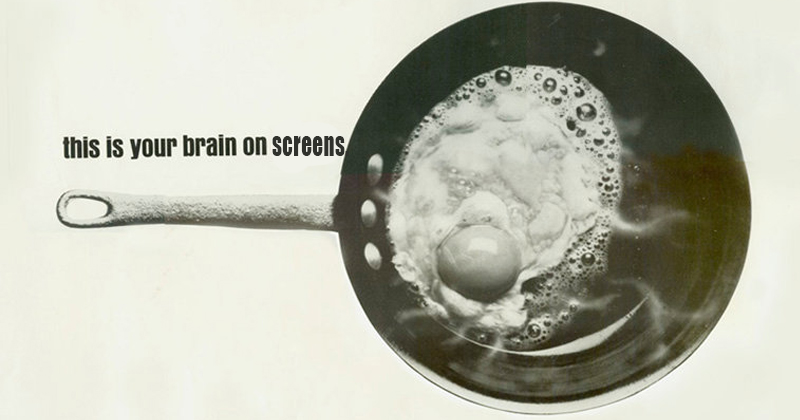 A recent study done by the Reading & Literacy Discovery Center of Cincinnati’s Children’s Hospital has shown that too much exposure to screens for children under five years old can have significant impact on brain development. In some ways, this seems obvious—I can’t help but think of the IMGs from Donnie Darko—but according to CNN, this study is among the first to provide neurobiological evidence for the benefits of reading and the detriments of screen time.

The scientists in the study used diffusion tensor imaging to examine the white matter of 47 healthy children between the ages of 3 and 5, none of whom had started school.

This is the brain of a preschooler whose caregiver often reads to them. The red areas show “growth in organized white matter in the language and literacy areas of the child’s brain”: 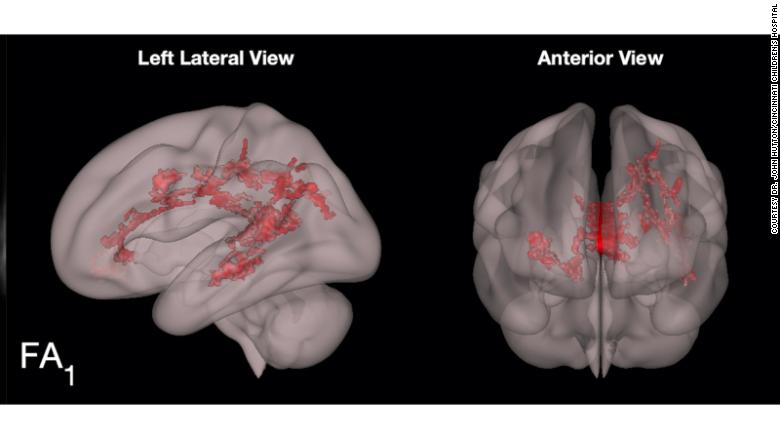 This is the brain of a preschooler who spends an average of two hours a day “playing on screens.” The blue areas show “massive underdevelopment and disorganization of white matter” in the language and literacy areas of the brain: 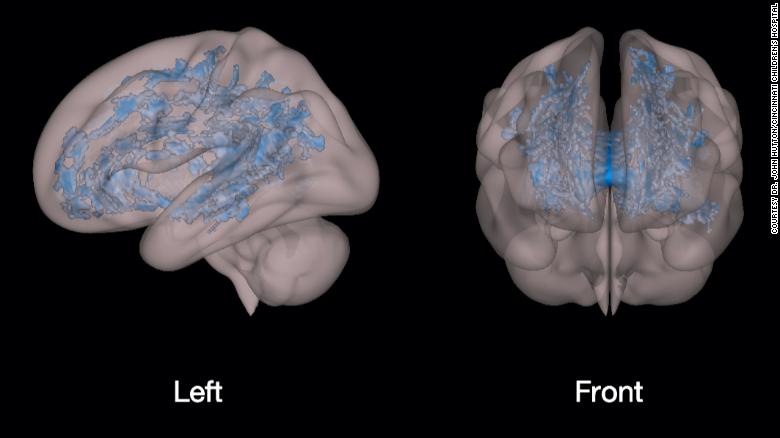 Cognitive tests showed that the children who used screens more than an hour a day “had poorer emerging literacy skills, less ability to use expressive language, and tested lower on the ability to rapidly name objects” than the children who were read to.