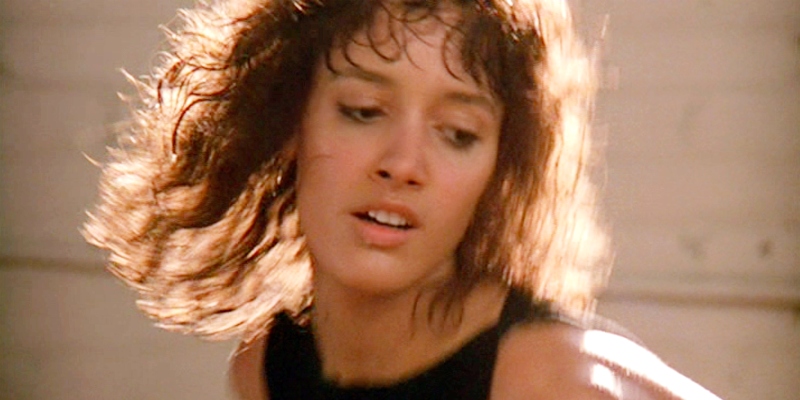 “This Is What Making Art Should Feel Like.” Ada Limón on Flashdance

In this episode of Open Form, Mychal talks to Ada Limón (The Hurting Kind) about the 1983 film Flashdance, directed by Adrian Lyne and starring Jennifer Beals, Michael Nouri, and Lilia Skala.

Ada Limón: When she’s just dancing alone in her industrial apartment with her pit bull by her side, it is sheer joy. And I remember thinking, oh, that is what making art should feel like. Because there’s no one watching. She’s not doing it for anyone else but her. There’s so many scenes in this movie that are about that—about what it is that inspires her and fuels her. It’s contrasted against the world of men, and she just becomes this beacon.

Mychal Denzel Smith: Yeah. Just thinking about that working class life that she’s living, that most everyone populated in this movie is living, but they all find that joy in the creation of and the enjoyment of art. And thinking about the primacy of art in our lives—the idea that it’s not a luxury. Poetry is not a luxury. It’s not something that simply is to be consumed by those with the most access to leisure time and capital. It is truly life-making. Art is necessary for the making of one’s life and enjoyment, and to feel the freedom of what it is to be human.

Ada Limón: Yeah. I mean, there’s that line that Nick says to Alex, “Don’t you get it? When you give up on your dream, you die.” And that’s like, oh, right. Everyone in this film is like, oh, no, you can’t give up. I mean, even Jeanie, who is the ice skating friend, there’s this level in which she falls, and she’s still competing but she’s falling. And this idea of yes, but you still have to hold on to this joy of doing this. It doesn’t mean you have to be an expert. It doesn’t mean you have to be perfect. But you have to keep making art and dreaming about art.

Because I think otherwise, you see what happens to her—her journey gets a little bit dark. And then, of course, she’s rescued by her friend Alex. But I think there’s a level in which we watch the danger of what happens when your dream exhausts you and maybe gives up on you a little bit, and you give up on it.

Ada Limón is the author of The Hurting Kind, as well as five other collections of poems. These include, most recently, The Carrying, which won the National Book Critics Circle Award and was named a finalist for the PEN/Jean Stein Book Award, and Bright Dead Things, which was named a finalist for the National Book Award, the National Book Critics Circle Award, and the Kingsley Tufts Award. Limón is a recipient of a Guggenheim Fellowship, and her work has appeared in the New Yorker, the New York Times, and American Poetry Review, among others. She is the new host of American Public Media’s weekday poetry podcast The Slowdown. Born and raised in California, she now lives in Lexington, Kentucky.

A comedy duo is replacing the covers of Jared Kushner's book with a new and improved version.

How Do We Eradicate the Great Challenge of Our Age: Unconscious Bias and Discrimination? 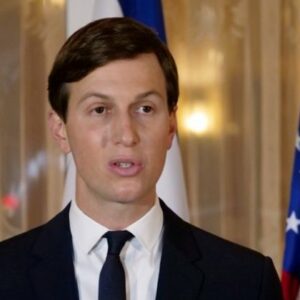 A comedy duo is replacing the covers of Jared Kushner's book with a new and improved version.

When the Lit Hub staff worked out of an office, some among us were very fond of harmless workplace pranks. (Some day we'll...
© LitHub
Back to top