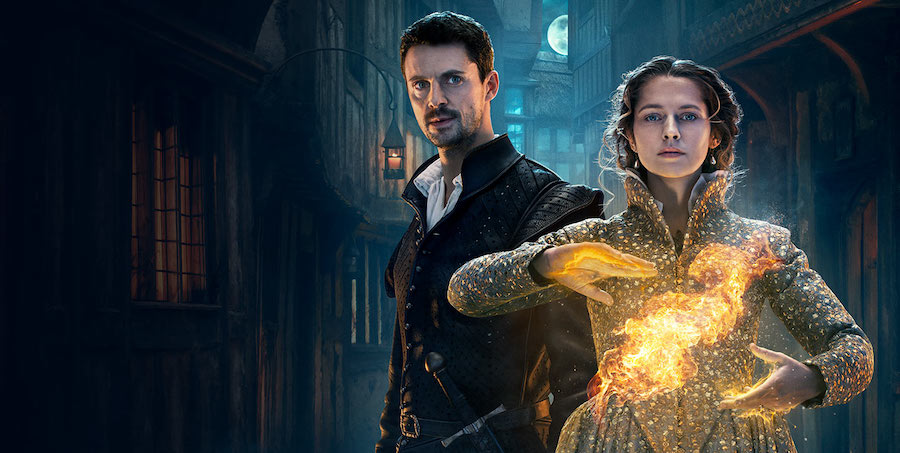 This is the supernatural, time-traveling romance series YOU SHOULD be watching.

Despite having watched several seasons of Outlander I confess I eventually gave up. Sure, the scenery is gorgeous (The Grampians! The Highlands!), and the leads are very easy on the eyes, but the incessantly soap operatic twists built around a highly dubious time-travel premise eventually wore me out (not to mention the discordantly rapey “sex” scenes that seem to permeate the first few seasons).

I understand that we’re all desperate for endless and immersive narrative distraction to occupy these grim winter nights, but if you’re going to watch one super-natural, time-traveling romance adapted from a blockbuster book series, may I recommend A Discovery of Witches?

Based on the All Souls Trilogy by Deborah Harkness, A Discovery of Witches is built around a very familiar supernatural trope: all those mythic creatures of human lore—the vampire, the witch, the demon—are in fact real, live among us, and (reluctantly) co-exist in a loose confederacy of so-called creatures. As commonplace as this premise might feel, though, its simplicity makes it very easy to enter into the show’s world, its logic, and its rules, which allow the writers to focus on the good stuff like character, back story, and the specific supernatural arcana that underpins the lives of the show’s non-human characters. Basically, once you accept that magic is real, and that vampires are immortal, it can be an awful lot of fun to encounter someone else’s conception of how those realities might work. Also, a big budget, shiny production values, and decent acting go a long way these days (Matthew Goode and Teresa Palmer are both very good—and attractive—as the romantic leads).

I don’t want to spoil too much (the show isn’t so brilliant that it can survive its mysteries revealed) but the plot involves much talk of destiny and prophecy and—shocker—there is some interspecies creature love! But A Discovery of Witches draws its most obvious comparisons to Outlander because of its time travel arc, which has the protagonists living in Elizabethan London, hanging out with “Kit” Marlowe, and just generally larking around Europe, all of which is set against the kind of cinematically grand backdrops that are so often missing from TV series’ like this.

Now, I must make my second confession: not only do I “watch” TV while I am cooking or folding laundry, I also have it on in the evening while I’m doing the less focus-heavy work involved in putting out a daily website. This is why I have such a low bar for quality. Much to my frustration, however, I have found that A Discovery of Witches not infrequently draws me completely away from my other tasks! How dare a TV show do this!?

Does that make it art? Not really. But I’m very glad to have found it.