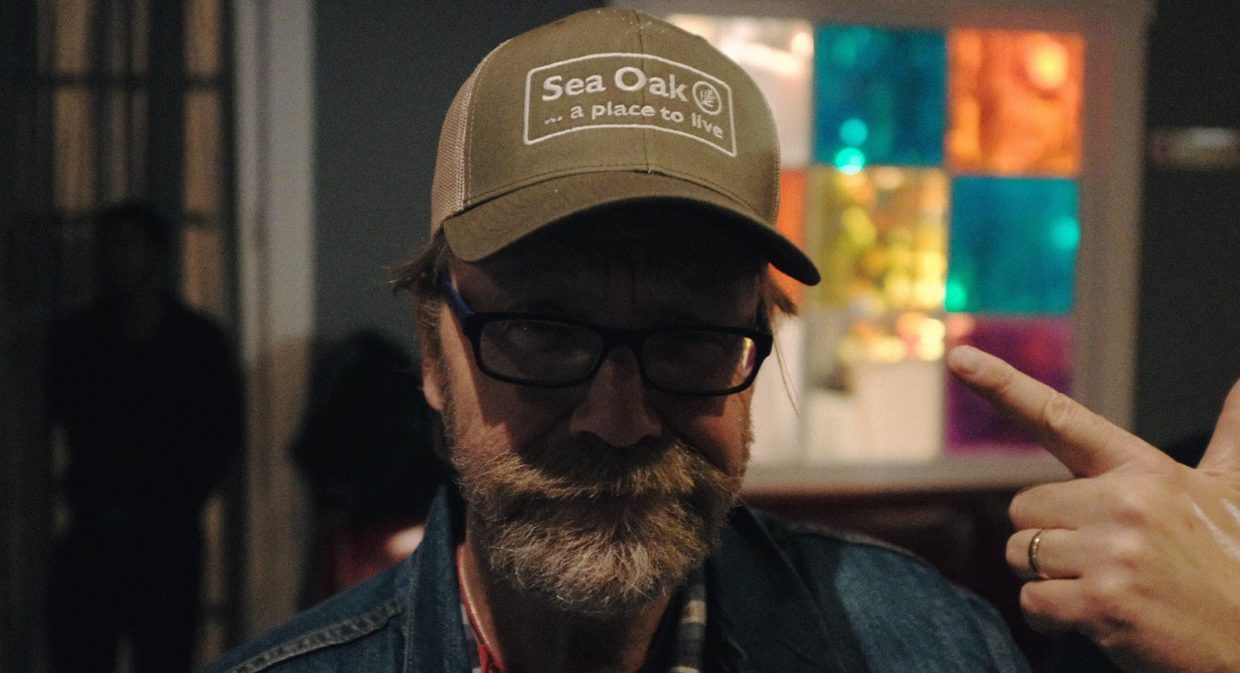 On the Promising Pilot of George Saunders’s Sea Oak

On Friday, without much fanfare, Amazon released three original pilots, including Sea Oak, written and co-executive produced by George Saunders and based on his story of the same name. Amazon has had good luck with its direct-to-Prime literary adaptations in the past—its adaptation of I Love Dick was an unconventional star last year—so I’m happy to see that their taste hasn’t wavered. Well, at least in this one particular area.

After all, everybody loves George Saunders, who has had a rather good year, as you may have noticed: in February he published his first novel, Lincoln in the Bardo, to near-universal acclaim, and in October he was awarded the Man Booker Prize. I’ve heard lots of rumblings about Saunders–based adaptations over the past few years, but other than the New York Times-produced virtual-reality short adapted from Lincoln in the Bardo, Sea Oak is his small-screen debut.

Feature-length films adapted from short stories are relatively uncommon, for obvious reasons (though of course they happen, and sometimes they are excellent: Brokeback Mountain and Stand By Me are good examples), but short story-based TV shows are even rarer—probably because they require much more narrative (or at least more narrative arcs) than a single film. Good TV usually requires more than one idea, but good short fiction need not. After all, most short stories are just that: short. They tend to be limited in scope, working towards a single mood, feeling, or revelation. You know, like a movie.

So I went into the pilot of Sea Oak with some doubts—and not just doubts about the feasibility of making a 30-page story into a viable television show. I’ve read everything Saunders has written (my undergraduate thesis was largely based on his work), and I love this story, and also I’m a fairly insufferable purist, which makes watching any adaptation of something I know well pretty hairy.

But—I have to admit that it’s mostly wonderful. The writing is fantastic, of course. The acting is very good too: Glenn Close is perfectly brittle at the beginning and perfectly frightening at the end. Saunders’s surrealist edge is well realized by Hiro Murai, who also directed six episodes of the semi-surrealist masterpiece Atlanta. Some of the added details are quite good—the moment in which gunmen arrive in an ice cream truck to shoot up the neighbors (before melodically retreating) is inspired. The single shot of the tuba thrown out with the trash is perfect understated surrealism (who is throwing out a tuba in this neighborhood?). The quacking of the plastic duck after the back of its head has been shot out is a clever foreshadowing, even if it somewhat muddies the conceit of the show.

I do have some quibbles, of course. Joysticks, where the story’s narrator (in the pilot, his name is Cole) works—basically an aviation-themed Hooters with only male employees—has been transformed into Posers, an establishment where actors stand around in extremely cheap sets while dopily suggestive voice-overs filter in through a set of speakers. It’s funny, and certainly on-brand for Saunders, but it seems a little thin—better in principle than it is in practice. That is, as ludicrous as Joysticks may be, with its Cute Ratings and Penile Simulators and the periodic dampening of the employee’s pants so those Simulators can really contour, you can imagine why someone might go there. Honestly, I was looking forward to seeing it. (Think of me what you will.) It’s totally unclear why anyone would go to Posers, much less the three Eastern European tourists that figure in the first episode, funny as they are. I guess they think it’s a strip club. “Sometimes I think this whole idea is misguided,” says Mr. Frendt, a well-cast James van der Beek. “Is it sex, is it history?” I had the same problem—though I must say it was a rare joy to have Dawson come on out and tell Cole to go ahead and show his penis the next time a “guest” wanted to see it.

Something is also lost, I think in opening the pilot with Bernie admitting her “unkind thoughts” in a confessional. In the story, we stumble along in the belief, shared with the narrator, that she really is dimly happy with her crappy life and her job at the 99-cent store right up until the moment she reappears, post-mortem, in her armchair, looks up at her nephew and says, “Sit the fuck down.” But perhaps this is simply a function of the emphasis shifting away from the narrator of the original story to the Glenn Close of the pilot. Can’t really blame Saunders for that.

All this is only to say that well, books are (almost) always better than their adaptations. Or as my father always used to say: most movies are better than most books, but the books that are better than movies have no comparison. Saunders’s voice is so strong on the page as to almost be a physical experience; it feels new every time you read it. Given that he’s the writer here too, it’s certainly possible that, freed of the requirements of setup, the rest of the show will live up to that literary voice.

And it will be fascinating to watch, too, considering how much will have to be invented. About two-thirds of the original story plays out in the pilot, but this is a strength rather than a concern. (More ideas from Saunders? Yes, please.) In the story, Bernie dies; Bernie comes back with a plan; Bernie goes to pieces (literally) before it can be fully realized. The story, while funny, is a tragedy—at the end, a dream-Bernie asks the narrator, “Some people get everything and I got nothing. Why? Why did that happen?” No one, inside the story or out, has an answer. It seems that this adaptation will be an answer to a different and far more comical question: what if it took Bernie a little longer to decompose? What would she make her nieces and nephew do? How might she, a zombie, save them? The remaining ten pages will be no doubt be meted out over the rest of the season, beefed up with a significant number of surrealist hijinks.

This is all presuming that the show gets picked up for a full run, of course, which I sincerely hope it does. Like most of Saunders’s work, it’s genuine and goofy and smart and weird and captivating—and it seems as though, for all its zombies and crazy jobs and comically-dumb characters, it just might make us better people on the other side. 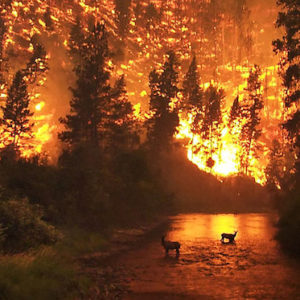 There is smoke in the air. I can smell it from bed, where I lay reading next to my snoring boyfriend. At first, it doesn't...
© LitHub
Back to top