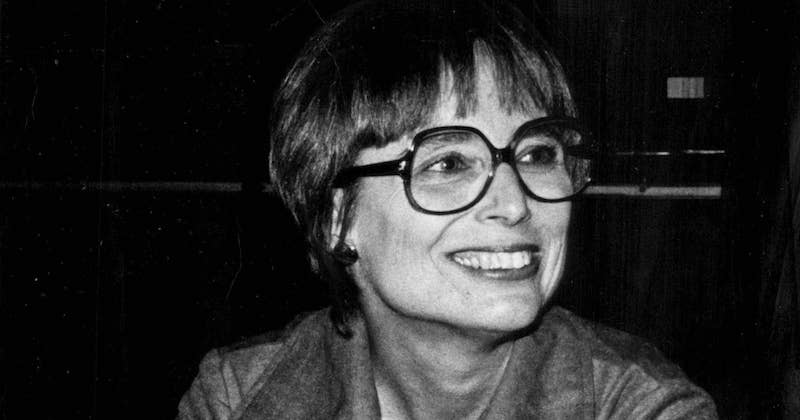 This is how iconic YA author Lois Duncan dealt with rejection.

On this day in 1934, the late Lois Duncan was born Lois Duncan Steinmetz in Philadelphia. Her parents, Joseph and Lois Steinmetz, were noted photographers who contributed to publications such as Life and The Saturday Evening Post. When she was a child, the family moved to Florida.

Like many authors, Duncan harbored literary aspirations at a young age. By the age of 13, Duncan published her first story in Calling All Girls magazine. When she was a senior in high school, Duncan won Seventeen’s annual short-story contest. By 1958, her first YA novel, Debutante Hill, was published. What followed was a steady career that spanned decades.

Over the course of her career, Duncan published YA and children’s novels, short story collections, adult nonfiction, and freelance articles. She also taught magazine writing at the University of New Mexico. Her young adult novels include I Know What You Did Last Summer (which was adapted in 1997 for film and starred Jennifer Love Hewitt, Freddie Prinze Jr., Sarah Michelle Gellar, and Ryan Phillippe, thus becoming a teen sleepover staple), Daughters of Eve, and Killing Mr. Griffin (which was loosely adapted into the 1999 box-office bomb Teaching Mrs. Tingle).

So how did Duncan tackle an inevitable part of writing and publishing—rejection? In a 2011 interview with author Megan Abbott (Give Me Your Hand; You Will Know Me; The Fever; Dare Me) for the blog The Medicine Show, Duncan discussed the obstacles she’d faced in the industry, including how she dealt with objections to the content of her novels.

“My books are not nearly as controversial as many, and you can’t please everybody. A writer has to develop a hide like a rhino. If we allow ourselves to get upset every time a book is challenged we’d all be basket cases,” Duncan said.

She added, “I’ve had rejected manuscripts, yellowing in the bottom drawer of my desk for years, which I’ve then brought out, resubmitted to the very same publishers, and had snatched up, because they fell into a currently popular niche in the market that hadn’t existed when I previously submitted them.”

Sound words of wisdom, Ms. Duncan! Sure, it’s definitely easier said than done, but you know what, she’s right. Trying to please everybody equals unnecessary anxiety and wasted energy.

Here’s to Lois Duncan and being #unbothered!

[via The Medicine Show]