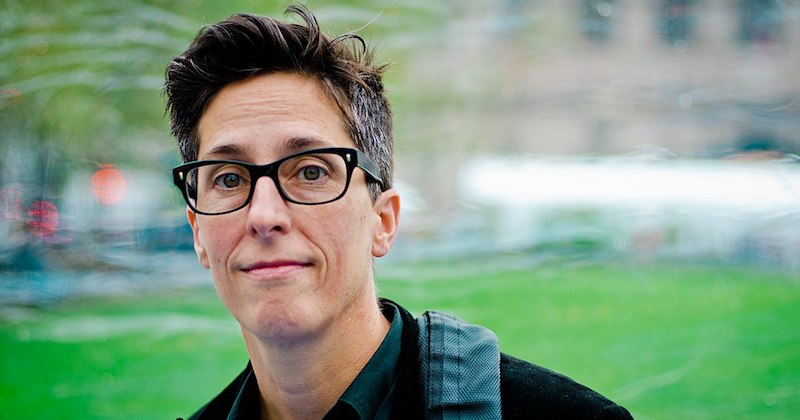 This is how Alison Bechdel jumpstarts her creativity.

Ah, the elusive muse of creativity. Even the best writers struggle with finding their muse. Of course, there is no one way to capture the spark of inspiration. For some people, being productive means getting up at the crack of dawn, glugging down cup after cup of black coffee, and writing until the afternoon sun hits its highest point in the sky. For other people, the routine consists of long walks and power naps. The point is, there is an infinite number of ways to tackle writer’s block. What works for you may not work for the next person.

Take, for example, celebrated American cartoonist and author Alison Bechdel. In an interview with Slate, Bechdel discussed her latest graphic memoir, The Secret to Superhuman Strength, and her writing process. In the book’s acknowledgements, some of the writing exercises used to jumpstart Bechdel’s creativity are mentioned. These exercises include one you’ve probably seen all over your Instagram feeds.

Bechdel said, “Holly [Bechdel’s partner] and I started keeping a joint bullet journal, which is something you [June Thomas, Senior managing producer, Slate Podcasts] introduced me to. We just did it to keep track of our life. Every Sunday, we’d sit down and plan out our week together. Gradually, she started telling me things to draw for that week. At first, I was very resistant to this, and I didn’t like her ideas, and I didn’t like being forced to draw when I didn’t feel like drawing. But I always found that I would end up making a drawing that I never would have thought of on my own, and that was actually fun.”

For those wondering what the heck is a bullet journal, it’s basically what the name implies. The journal is meant to serve as a streamlined organizational tool. The entries use bullet points, dashes, or other graphics for easy reference.

Personally, I’ve never used a bullet journal, but considering it’s gotten the Bechdel seal of approval, maybe it’s something worth looking into!