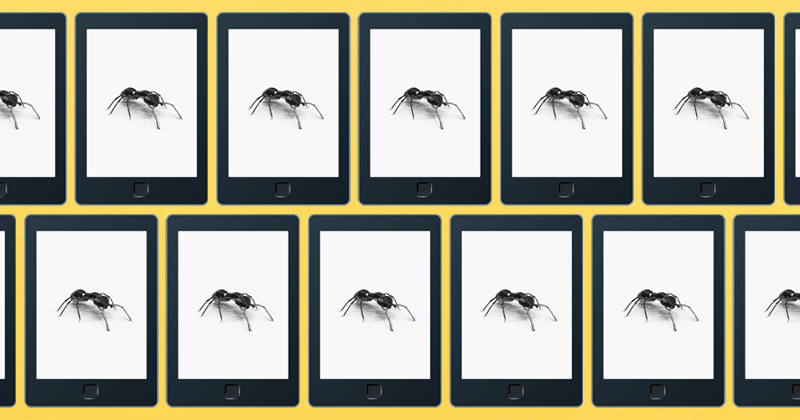 This is definitive proof that Jeff Bezos is building an army of robot ants.

It’s a tale as old as time: a Brazilian writer sets her Kindle aside for a few weeks to work on her own novel, and when she goes back to get a little reading done, finds that the device has been infested with a horde of tiny white ants.

“My virtual library had become a nest,” wrote Mariana Lopes Vieira, the writer in question, according to The Sun. “I was desperate! I have several digital books, many of them are sold out titles in the physical edition, I thought it was gone.”

The Kindle wouldn’t even turn on—but the (robot) ants were hard at work inside…ordering books from Amazon. (As they were obviously programmed to do.) Soon Vieira received an email, thanking her for purchasing Isaac Asimov’s Robots and Empire. (Dead giveaway, Bezos.) Shortly thereafter, she received confirmation of a second purchase: O anel de Giges: Uma fantasia etica (The Ring of Gyges: An Ethical Fantasy) by Brazilian writer Eduardo Giannetti. (Whatever helps you sleep at night, Bezos.)

Vieira solved the problem by putting the Kindle in the freezer, where we all know is the only place to put scary books. “So far, no new books have been purchased,” she said. “I’ve turned off one-click purchase. Maybe I’ll read the titles chosen by insects.”

But that’s exactly what Bezos wants you to do…