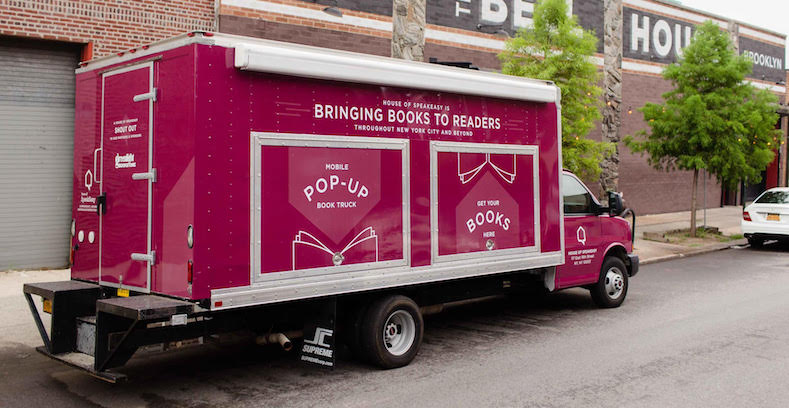 This bookmobile is driving 1,800 miles from New York to Louisiana.

Rob Spillman can admit it: it was his crazy idea.

Spillman, one of the founders of story exchange organization Narrative 4, wanted to launch a literary road trip to bring books to communities around the country. “I was going to do this out of the back of my Subaru, which is totally nuts,” he said.

For the trip, organizers connected with literary groups in those cities—Philadelphia, Pittsburgh, Columbus, Floyd County, Nashville, Jackson, Arnaudville, Lafayette, and New Orleans—to plan readings and other events around the bookmobile’s stops.

They’ll be joined by Kiese Laymon, Hanif Abdurraqib, Rickey Laurentiis, Jenny Johnson, and others. Along the way, the group will also bring books to several teachers who requested them via DonorsChoose.

“We know that this is not going to solve a lot of the outstanding problems of book deserts, and there are already people doing great work across the country,” Spillman said. “What we’re hoping this will do is raise awareness for the challenges out there and establish some relationships, and hopefully these places can get longer term and more sustained support.”

The tour will eventually end in New Orleans at Narrative 4’s Global Summit, an annual gathering of storytellers in the Narrative 4 community.

Keep an eye out for Spillman’s updates from the road, and check here for the itinerary as new events are added.