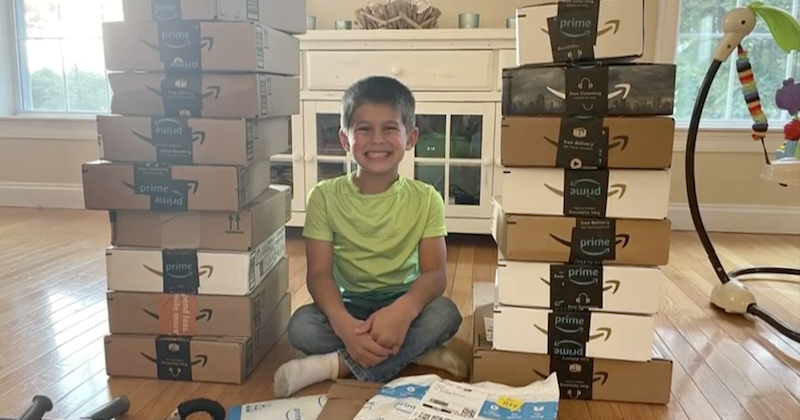 This 7-year-old is advocating for more disability-centered books in libraries.

7-year-old Noah Holt loves to read, but was caught off guard when he noticed his elementary school’s library and the public library near his house in Amesbury, Massachusetts owned barely any books about disability. Holt, who has acute flaccid myelitis and walks with crutches, was concerned by the lack of representation: “‘I’m at the age where I’m starting to notice my difference, so it’s been hard,” he told WHDH.

The book drive was a roaring success: Holt’s collected over one hundred books so far, and all of them will be donated to libraries in Amesbury. The idea for the book drive stemmed from Holt’s guiding mantra, which he told WHDH: “When it gets hard, we say: ‘We are strong,’” said Holt. “We try because we are very strong.”