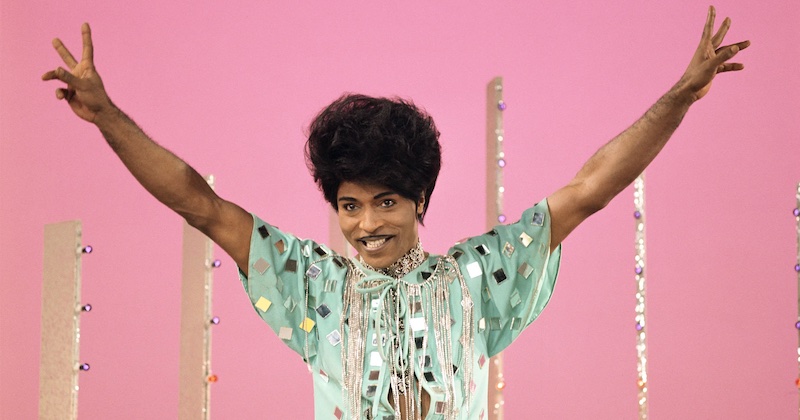 “They’re old and outdated. That’s the truth.” Little Richard on why the critics should shut up.

Picture it: Ali MacGraw as a working-class Radcliffe College student and Ryan O’Neal as a preppy Harvard student and hockey player. These two crazy kids come from opposite worlds but, surprise surprise, they fall head over heels in love. In the film adaptation of the 1970 novel, O’Neal tracks down MacGraw after a heated argument. Sniffling and teary-eyed but still beautiful, MacGraw utters that iconic line: “Love means never having to say you’re sorry.”

So, who do we credit for such a memorable pop culture moment? That would be American author, screenwriter, and Classics professor Erich Segal, who was born today in 1937 in Brooklyn, NY.

Love Story, Segal’s debut, brought him plenty of financial success and Hollywood clout (the movie was nominated for seven Academy Awards and earned a Golden Globe for the screenplay) but eclipsed Segal’s academic origins. Before hitting it big with Love Story at 32, Segal was a Classics professor at Yale University. He earned his master’s and PhD from Harvard and was “Latin salutary orator,” which was a distinction shared only by T.S. Eliot. As an academic, he also taught Greek and Latin literature at Harvard, Princeton, and Wolfson College, Oxford. During his teaching days, he also ventured into screenwriting, notably the Beatles’ 1968 animated musical Yellow Submarine.

For better or worse, it was Love Story that cemented Segal’s pop culture legacy. Upon publication, the critics were divided. The book received a favorable review in the New York Times and even an endorsement from a young Kurt Vonnegut. However, not everyone shared Vonnegut’s approval.

One of the most vocal detractors of the best seller and box-office smash was National Review critic John Simon, who expressed his distaste directly to Segal on a live taping of The Dick Cavett Show.

Although Simon admits he “skimmed” the book, he’s adamant that both the movie and its source are basically nonsensical fluff, devoid of any “real” literary merit, echoing the same arguments used in current debates about the romance genre.

Simon responds, “Any good novel, any good poem, any good short story. For example, I could name a thousand.” And like any pretentious Guy in Your MFA, Simon brings up Dylan Thomas and a few German authors as being superior to Segal’s work.

Segal and Simon go back and forth, but it’s the appearance of a surprising guest that shuts down the entire debate: Little Richard.

Dressed in a printed kaftan-like shirt and matching pants, the singer comes to the defense of Segal: “I don’t care what they [critics] say. I don’t care what they feel… because most of them, what they write, are terrible. They’re old and outdated. That’s the truth. They don’t know what’s going on. Never been on, never been in, can’t get out, SHUT UP!”

And with that, the audience roars with applause and Cavett cuts to a commercial break.

Following the interview, Little Richard eventually adopted “Shut Up!” as a catchphrase. Segal, who died in 2010 at the age of 72, went on to become a sports commentator, write other novels (including Oliver’s Story, a sequel to Love Story that flopped at the box office), and screenplays, but never seemed to quite reach the same heights as his debut.