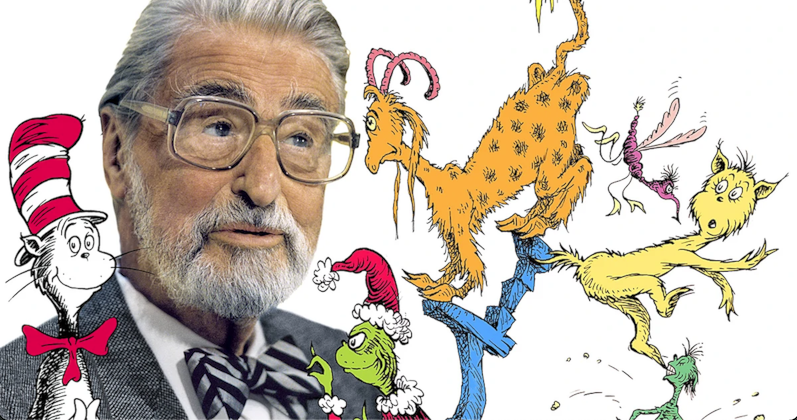 These new Dr. Seuss books will destroy us all.

In a move that seems certain to piss everyone off, Dr. Seuss Enterprises yesterday announced that a series of unpublished sketches by the late Cat in the Hat author will serve as inspiration for a new line of children’s books by a group of writers and artists from diverse racial backgrounds.

As you may recall, this time last year Dr. Seuss Enterprises admirably ceased publication of six little-known titles after a 2019 report claimed that they “feature animal or non-human characters that transmit Orientalist, anti-Black, and White supremacist messaging through allegories and symbolism.” Thankfully, only a handful of Seuss (rhymes with Prius) diehards had even heard of On Beyond Zebra!, Scrambled Eggs Super!, or The Cat’s Quizzer so nobody really cared, right?

Wrong. This egregious “cancellation” of the good doctor prompted a Fox News meltdown that dragged on for months and became one of the stupider episodes in an already extremely stupid culture war.

Now, thanks to the magic of nostalgia capitalism, we’re all but guaranteed a resurgence of said stupid discourse as soon as the new books hit shelves next year. Mark my Grinchy words, friends: Right-wingers and conservative pundits will rage against the woke desecration of beloved children’s author. A group of talented writers and illustrators of color will be forced to straitjacket their creative impulses as they defer to the edicts of the boardroom-stewarded Dr. Seuss IP machine. Exhausted parents will recognize the pandering but hand over their hard-earned cash anyway, despising themselves and resenting their offspring. The revamped Seuss Cinematic Universe (2024-2034) will net $5 billion and prompt the mass abandonment of children in movie theaters across the country. Nobody will be happy. Nobody, that is, except for the bigwigs at Seuss HQ, who will become rich as Pharaohs.

“We look forward to putting the spotlight on a new generation of talent who we know will bring their unique voices and style to the page, while also drawing inspiration from the creativity and imagination of Dr. Seuss,” said president and CEO of Dr. Seuss Enterprises Susan Brandt.