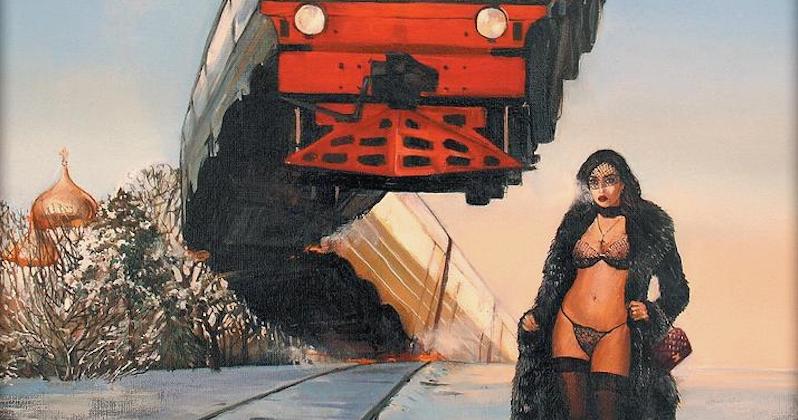 These are the only Anna Karenina adaptations you actually need to know about.

The news out of Moscow/wherever Netflix is headquartered today is that the streaming giant has set a contemporary reimagining of Anna Karenina as its first-ever Russian original drama series.

For the ignorant among you, Leo Tolstoy’s epic 1878 novel—considered by many to be the greatest work of literature ever written—is the tale of a beautiful but unhappily married Muscovite who begins an affair with a dashing young calvary officer. When their dalliance is discovered, scandalizing Russian high society, Anna’s world begins to unravel and, well, locomotive tragedy ensues.

As you would expect, Anna Karenina has been adapted many, many, many times over the past century. Based on my extensive research, there have been fifteen movies, six television series, four ballets, four operas, two musicals, one lonely play, and even a steampunk mash-up novel based on the 800-page opus.

Now, we (I) don’t have the time (inclination) to run through them all, but here are five of the most, eh, heralded, so you can choo-choo-choose your own favorite: 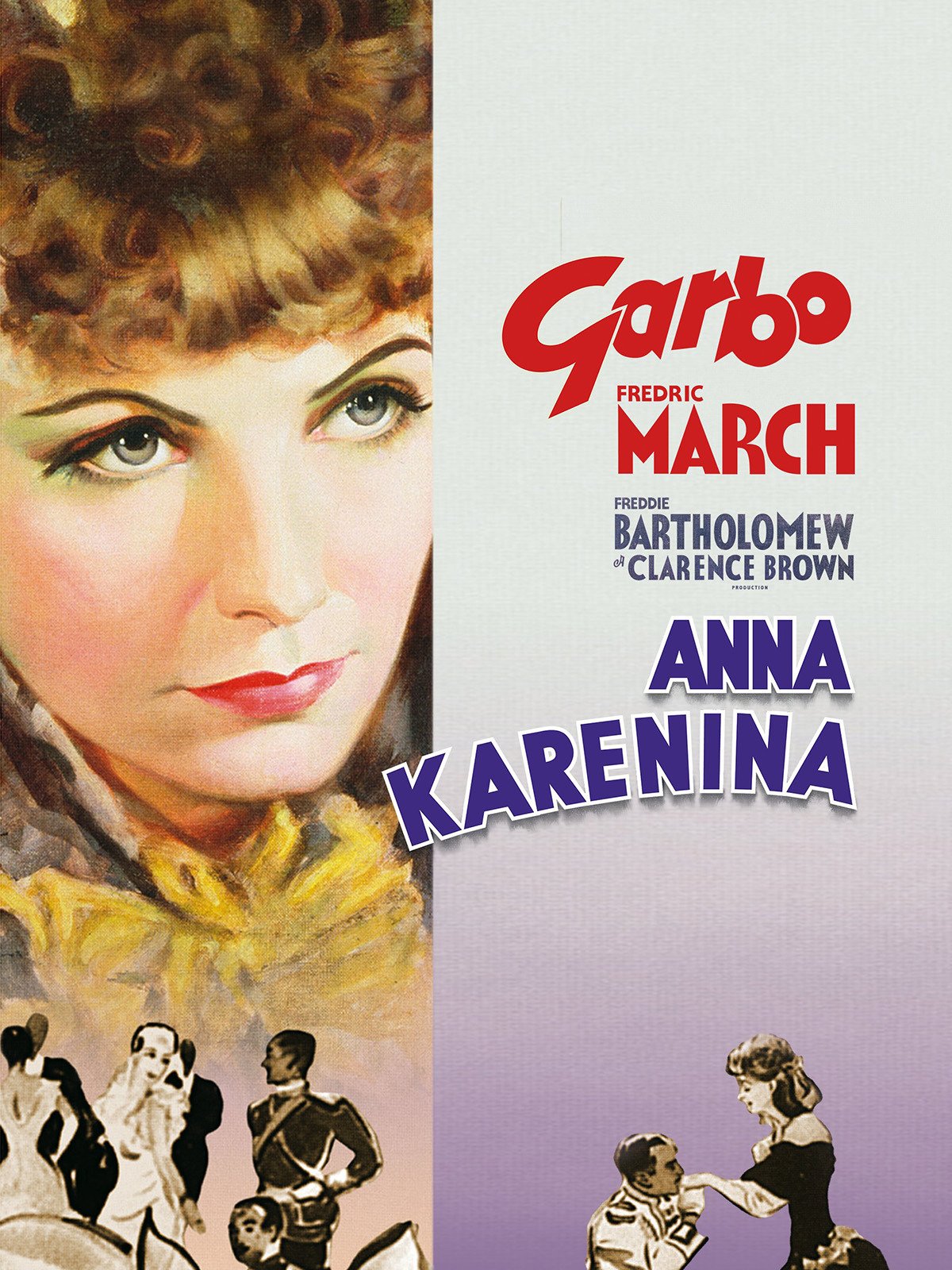 The most famous and critically-acclaimed of all the Annas Karenina, Greta Garbo’s anguished performance became the yardstick against which all future screen Annas were measured. As Graham Greene wrote at the time: “it is Greta Garbo’s personality which ‘makes’ this film, which fills the mould of the neat respectful adaptation with some kind of sense of the greatness of the novel.”

This subtle, Garbo-forward trailer for the film (which clocks in at an impressively condensed 95 minutes) is well worth a watch. 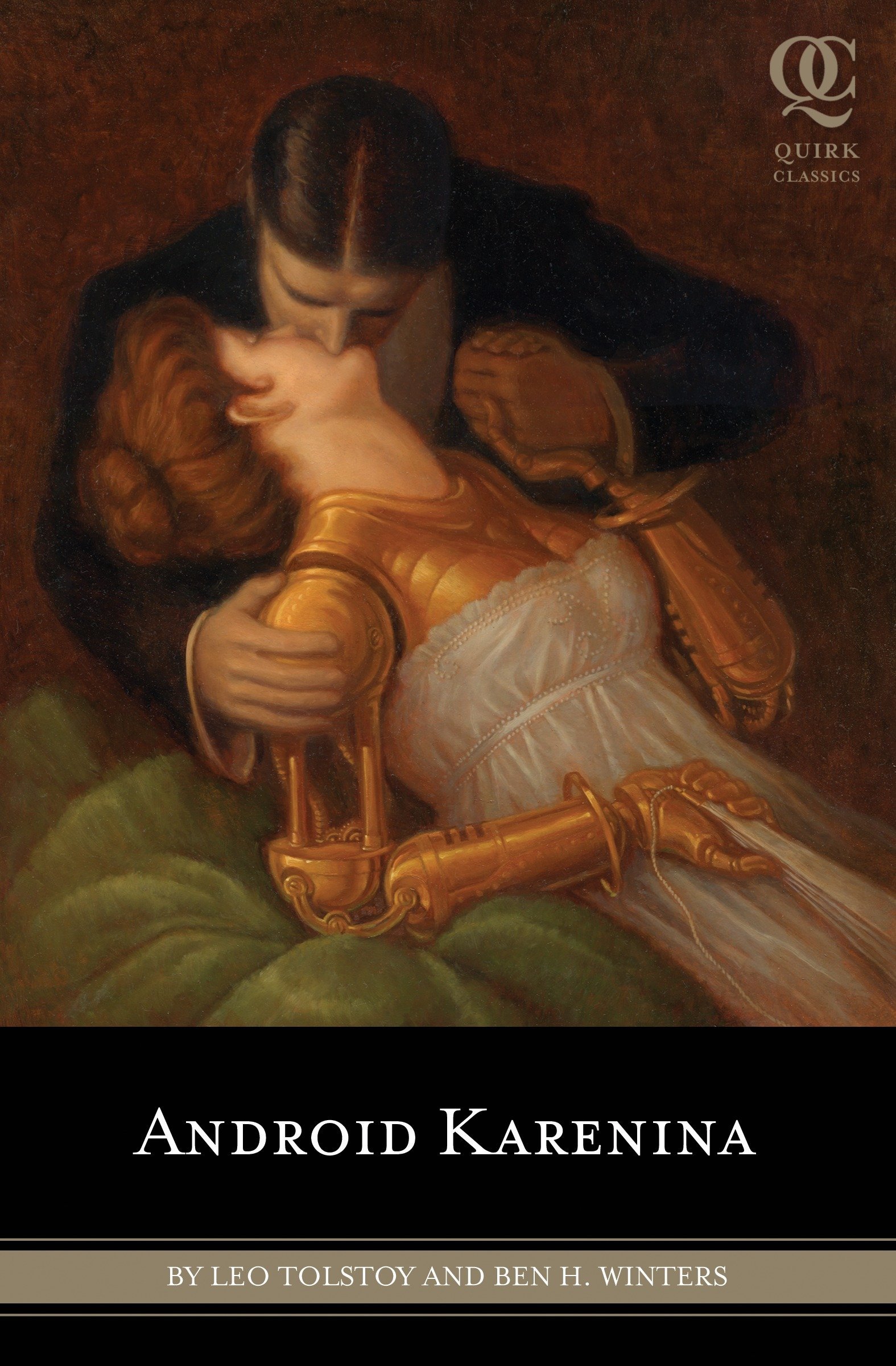 Tolstoy’s timeless tale of passion and betrayal reimagined as a parodic steampunk mashup by the author of Sense and Sensibility and Sea Monsters. In an alternate reality tsarist Russia, a miracle metal, gronzium, has fueled the development of a robust robo-culture, but human loins are still a-burnin’. Said Publishers Weekly of the hybrid: “The sci-fi elements are carefully accomplished, sometimes brilliantly extrapolated from the original. The Class IIIs, for example, also act as telling externalizations of their masters: cold, duty-bound Karenin becomes half-robot and childish Kitty gets a pink, mechanized ballerina companion. Tolstoy’s text is more than strong enough to stand up to this sort of treatment, its force attenuated just enough to allow Winters to integrate his additions—a feat he manages with aplomb.” 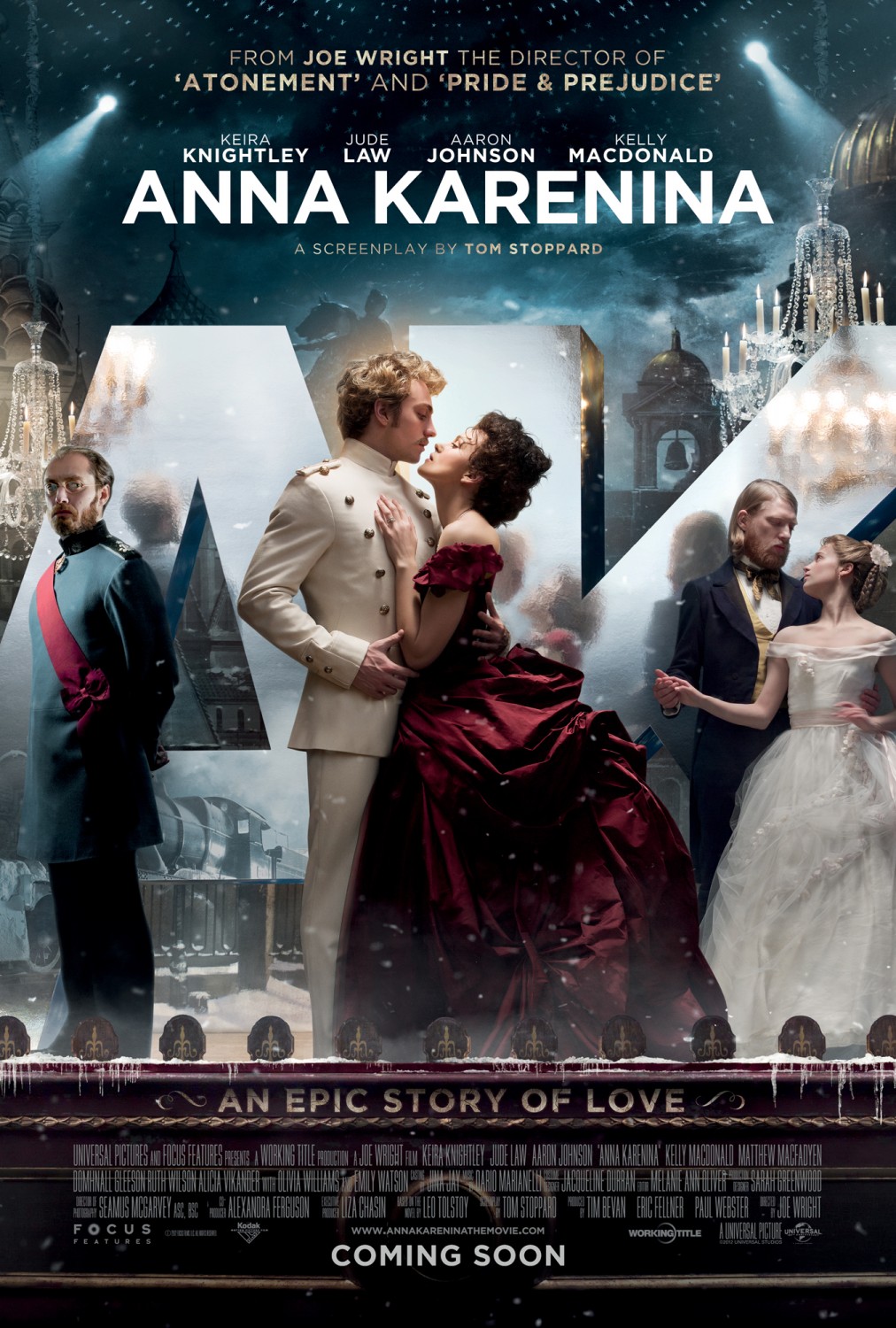 Audiences were a little cold on Joe Wright’s lush, overwrought, Tom Stoppard-scripted 2012 adaptation. The theatrical scaffolding and Wright’s emphasis on opulent style over meaty novelistic substance rubbed a lot of people the wrong way, and I suppose they’re not wrong. I remember enjoying it, though. It looks absolutely gorgeous and Kiera Knightly and Jude Law acquit themselves admirably. According to my wife, however, Count Vronsky should have been played by sinister sex symbol Tom Hiddleson, rather than the then-somewhat-adolescent-looking Aaron Taylor-Johnson. “Hiddles exudes a much more confident sexual energy,” she explained. Can’t argue with that. 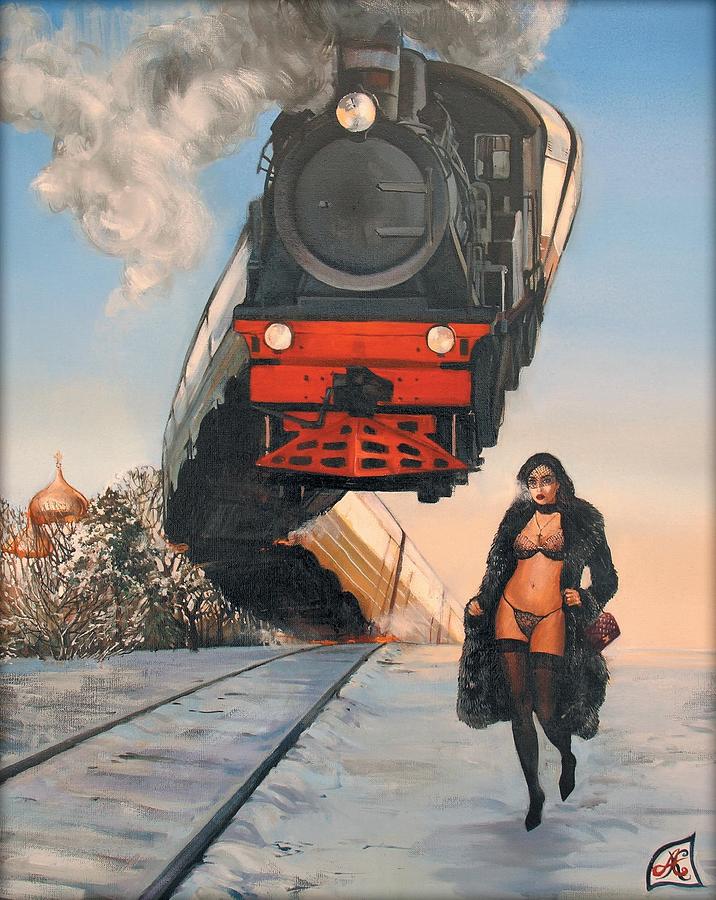 It was a long year…