These Are The Names 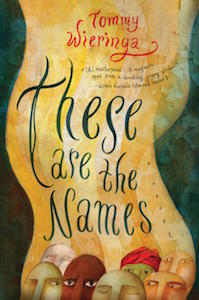 The following is adapted from Tommy Wieringa’s These Are The Names, translated by Sam Garrett, which won the Libris Prize (the “Dutch Booker”) in 2013. His other novels include Little Caesar, Joe Speedboat, and A Beautiful Young Wife. Based in Amsterdam, he is one of the bestselling authors in Dutch history.

Pontus Beg had not become the old man he’d imagined. Something was missing—a great deal, in fact. As a boy, he had for a time been in the habit of walking around his father’s yard with a pair of safety glasses on the bridge of his nose, his hands clasped behind his back—that was how he imagined the life of an old man to be. Sometimes he used a branch for a walking stick. More than anything else, he had wanted to be old. Slow and deliberate, a captain calmly braving the storm. To die a wise man.

When the glasses started leaving welts on both sides of his nose, he put them back beside the grinder in the shed and began waiting patiently for old age to come, instead of running out to meet it.

He had only started feeling like an old man after he developed a cold foot. He was fifty-three, still too young to really be considered old, but he could see the writing on the wall. A nerve had become pinched in his lower back. Ever since then, his left foot had gone cold. Standing on the bathroom floor in the morning, he could see that his feet were different colours. The right one was ruddy—the way it should be—but the left one was pale and cold. When he pressed his fingers against it, he felt almost nothing. It was as though the foot belonged to someone else. The dying starts from the feet up, Beg thought.

That was how it would be, the way to the end: he and his body, growing apart gradually.

The days grow shorter; life turns in upon itself. Thunderstorms at night linger for a long time over the steppes. Beg stands at the window and watches. There is a flash in the distance, and a web of glowing fissures in the vault of heaven. He stands on the linoleum, one foot warm and one foot cold, and thinks he needs to pour himself a bit of something in order to get to sleep.

The older he gets, the more sleep becomes an unreliable friend.

His apartment is at the edge of town. There had once been plans for the city to expand eastward: half-hearted preparations had even been made, but nothing came of it. His window still looks out on a proliferation of little sheds and kitchen gardens and the endless space of the steppe beyond. Maybe it’s a sign of stagnation, but, as far as he’s concerned, things can stay this way; he likes the view.

In the kitchen, he takes the bottle of Kubanskaya from the freezer and pours himself a shot. He is not a heavy drinker; he practises restraint, unlike almost everyone else east of the Carpathians.

Then he moves back to the window and looks, with thoughts indistinct, into the chute of the night.

The sky above the steppe crackled. In the lee of a low dune, a little group of people lay huddled against the storm. Their clothes were soaked, and they were chilled to the bone. Like this, like the first humans on earth tucked away from the raging heavens, they had waited on countless nights for daylight to arrive. But the night did not end. The darkness stretched out to the edges of the world, the earth had stopped turning, and a new day would not come.

Five men, a woman, and a child. They no longer had any clear reason to start moving anew each day: mechanically as sunflowers, they followed the sun. As they breathed, so did they walk.

Farther west, farther all the time, was what the man had said.

That had been a long time ago. Drought ruled the flats then; the sun burned the earth clean. In the morning, they licked the dew from the pieces of plastic they’d spread out to that end the night before; the rest of the day, they lived with a maddening thirst. A thirst that drowned out all thought, thirst that tempted you with cool ponds, that conjured up the sound of dripping faucets. They wept for rain. Every word they spoke tasted of rusty iron. The child, a boy, pinched the skin on his forearm and pulled. The puckered skin rose up and remained in place, like a crease in a sheet of paper.

To the north, they saw clouds the colour of graphite, but the clouds never came any closer.

Then, one day, the rain arrived.

At first, only a little, a few drops they welcomed like manna from heaven. They danced beneath the clouds; each raindrop was a prayer. Their thirst was over. More rain fell than prayers arose. Then they prayed for one dry day, one night during which they would not be soaked to the skin. The boy’s face burned with fever. A few times, the woman thought he would not live till morning, but he had always stood up and gone on his way. In him was a firm will to be among the stayers, to be with those who would make it.

The dreams with which each of them had left home had gradually wilted and died off. Their dreams differed in size and weight, and remained alive in some longer than in others, but in the end they had almost all disappeared. The sun had pulverised them; the rain had washed them away.

The boy saw planes in the sky. He followed their trails with his eyes. He had never seen an airplane from close by, but he knew of the miracle of travellers climbing on board in one world and disembarking in the next, with only a few hours in between. In his mountain village, planes were seen as dots against the sky that left white trails behind them. An uncle had left on a plane for America and never came back. Later, the boy’s aunt and five nieces and nephews had joined him.

The boy had once made a plane from wire and wood. His brother said, ‘How is a plane supposed to fly if it has propellers and a jet engine?’

His brother had tried to explain the different principles to him, but stopped after a time because he wasn’t completely sure himself.

His brother had remained behind because he had a weak constitution. They had sent him instead, even though he was two years younger. He had been found fit for the crossing—not by plane, but overland. The money for the journey was tucked into the toes of his shoes. The pair he’d had on when he left home had worn out and become useless long ago. Back when there was still a whole crowd of them, a man had died along the way, and the boy had taken his shoes. He had pulled them from the man’s feet carefully, afraid that the corpse would suddenly open its eyes and shout, ‘Thief! Stop the thief!’

But the man remained dead, and so the boy became the owner of a pair of large, dusty sneakers.

The day came, with dirty light. They set their numb bodies in motion again. In the morning, the sand was wet and heavy, the grass whipping against their legs.

At midmorning, the boy discovered something important: a cigarette package, half-buried in the sand. Plastic bags would blow out onto the steppe and remain hanging in the brush, but cigarette packages didn’t do that; people tossed them on the ground, and there they stayed. So there were still people somewhere. Maybe they had been here, and he was holding proof of their existence in his hand! The letters of the Western brand were a faded red. Drops of condensation had formed inside the cellophane. Perhaps now they would finally find the long-hoped-for village, or a little town, heralded from a distance by the glistening gold onion of a church. He shook the sand from the moist package and stuck it in his pocket— the same pocket that contained a stone in the shape of a crescent moon, and the knife his brother had given him. His brother had wrapped wire around the handle, and rust had gnawed little dents into the metal of the blade. At night, the boy held the knife tightly. Shivering with pleasure, he imagined himself ramming it into someone’s heart.

His fingers slid over the cellophane. He wished he could tell the woman about his discovery, but he kept his mouth shut.

It would only break the spell. It was a sign meant specially for him. If he remained silent, it would have its effect. Otherwise not. Then they would continue to wander across the flats for centuries, and it would be his fault. Because he hadn’t kept his mouth shut.

Their feet dragged through the sand. Interminable was the space they moved through. The landscape before them was precisely the same as the one behind; the one on the right differed in no way from that on the left. The only lines to guide them on the steppes were the sky above their heads and the ground beneath their feet.

Their footsteps were wiped out quickly behind them. They were passers-by, leaving no trail and no recollections.

He ran up to the front, where the tall man was pointing his shaky hand at the horizon. ‘Where?’ he shouted.

The boy saw nothing, but ran in the direction the tall man had pointed. The tall man always saw things before the others did; he was a born lookout.

The boy ran, he soared across the sand. There went a chosen one, a boy God had selected as the first to know of His intentions. He no longer felt hunger or fatigue. The grass thrashed at his legs; his lungs burned in his chest. He saw the first houses.

‘Hey!’ he screamed, so the people there would know he was coming. ‘Hey, you there!’

It was a village sunken in the plain, round and worn as eroded rock. He ran towards a big barn. The rafters were rotten, and the roof swayed like an old horse’s back. The boy ran down a street between the houses where the grass was as high as on the steppe. A soundless shriek rose up inside him, but his brain refused to accept what he saw—the vacant, mute windows, the overrun streets.

Not a living soul.

His question bounced between the houses of wood and clay.

‘Where are you people?’

He yanked on decaying doors. He ran into one house after the next. Empty. Empty, and the people were gone. In the heart of the village he stormed into a little house of prayer. The sparse light falling through the high windows revealed the destruction. Sacred volumes had fallen to ash and shreds; the blaze had gone cold. The boy threaded his way past charred pews and cabinets, and climbed to the altar. There he sank to his knees. He bent over, his hands covering his face, and howled like a wounded animal.

That was how the others found him.

Satire, Despair, and Art in the Age of Trump 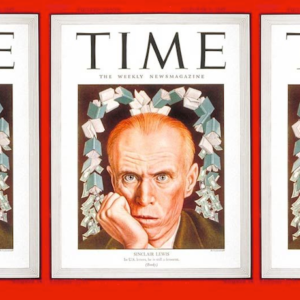 Best of the Week: October 31 - November 4, 2016 I feel dance has something to tell me about what I do: Zadie Smith offers dance lessons for writers. | The Guardian ...
© LitHub
Back to top