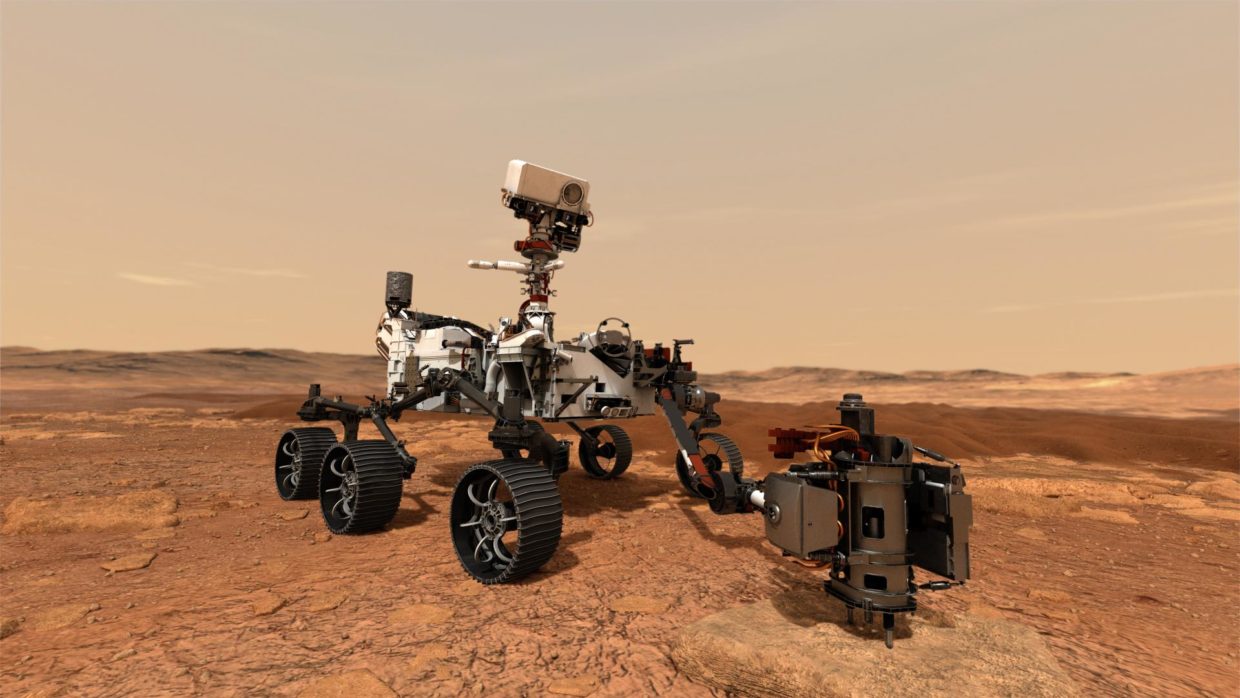 There’s now a library in space (sort of).

If you love space (or have a four year old [or both!]) you know that the Perseverance rover landed on the celestial planet Mars on Thursday. The mission will least one year on Mars, which means it will last 637 days on Earth! (That’s 669 sols, for those of us in the know). Scientists working on the mission have to start their days 40 minutes later every day!

One community in South Carolina watched the news with a bit of additional excitement: the name of their library, Whitmire War Memorial Library, had been inscribed on one of the microchips inside the rover. As part of NASA’s outreach and Citizen Science, “people from around the world were able to submit their names to be etched onto three fingernail-sized silicon chips.”

I’m not sure why Lit Hub didn’t know about this opportunity, but you bet we’ll be submitting our name for the next mission.