There’s a TV adaptation of Normal People, and it just started filming

Did you know there was a television adaptation of Sally Rooney’s Normal People in the works? I didn’t, until I saw this tweet from the first day of shooting (today!).

According to Faber & Faber, Rooney’s UK publisher, the 12-episode, half-hour adaptation will be airing next year on BBC Three, starring Daisy Edgar-Jones as Marianne and Paul Mescal as Connell.

The series will be directed by Lenny Abrahamson (Room, The Little Stranger, Frank) and Hettie McDonald (Howard’s End). It was adapted for the screen by Mark O’Rowe and Alice Birch with Sally Rooney herself.

In the meantime, you can read our definitive take (lol) on Sally Rooney and her millennial-ness. But if you’re a current Trinity student, good news: they just put out a casting call for extras. Wouldn’t that be the most meta thing you ever did?

UPDATE: Hulu has announced a straight-to-series order of the adaptation of Normal People for US markets.

“As a longtime admirer of Lenny Abrahamson’s work, it’s a special privilege for me to be working alongside him on the adaptation of Normal People,” Sally Rooney said in a press release. “I couldn’t be happier with the cast and team we’ve put together, and I’m very excited to watch them bringing new life to the story on screen.”

“From the moment we read Normal People we were smitten,” said Hulu Content Development VP Beatrice Sprinborn. “This anatomy of a will-they-or-won’t-they romance perfectly and uniquely captures the highs and lows of young true love. With our incredible partners Lenny, Sally, Alice, Mark, Element and the BBC Three we can’t wait to bring the beloved novel to life and share the series with the world.” 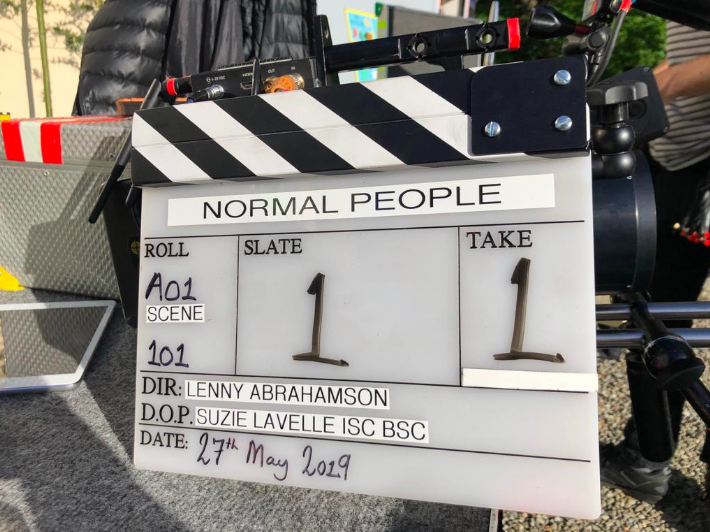