Tom Swick on Discovery in the Age of Google Earth

The biggest lie in travel—greater than “For you my friend a special deal”—is “Every place now looks the same.” Uttering the phrase is a kind of one-upmanship (for such a personal activity, travel can be surprisingly competitive), a way of distinguishing one’s past journeys (and self) from today’s packaged tours (and tourists). It’s a variation on “Capri (or Tangier or Goa or wherever) isn’t what it used to be.” Already in the 1930s, D.H. Lawrence was complaining, on a visit to New Mexico: “There is no mystery left. We’ve been there, we’ve seen it, we know all about it. We’ve done the globe and the globe is done.”

For some people, these statements lend the speaker an aura of authority and authenticity and privileged knowledge: He (it’s usually the males who boast) was there when. For the more discerning, it reveals him as a jaded bore.

The term “culture shock” has become passé, replaced by globalization, Americanization, the shrinking planet. We’ve become so fixated on the world’s similarities that we’ve lost touch with—or simply pretended not to see—its differences.

I’m not sure why. Maybe, secretly, we enjoy finding the familiar; it gives us something to cling to amidst the alien. Perhaps, in the case of American brands, it feeds a latent feeling of patriotism. Jan Morris, one of history’s most dedicated and tolerant travelers, never complained about McDonald’s; she realized that its proliferation was due to its ability to satisfy a desire. The Big Mac, she wrote, belongs to the world. Her generous attitude almost made me want to buy one, though on hot summer days in foreign capitals I have sometimes stepped into the bright canteens, invariably more modern and chic than their counterparts in the States, simply to get a drink with ice in it.

Jonathan Raban, leaving Missoula in Driving Home: An American Journey, writes of the “fast-food pagodas” and shows how a brilliant writer can take the familiar and make it new. Somewhat similarly, Pico Iyer, on his first trip to China, realized that he had nothing to add to the thousands of words that had been written about the Great Wall, and instead found his material—his inspiration—hanging out at the Kentucky Fried Chicken on Tiananmen Square. It was the old travel writer’s practice of avoiding the sights and focusing on the people, but with a modern, international business twist.

Iyer in his books, especially his first, Video Night in Kathmandu, constantly shows how what we think we know takes on new meaning abroad, how what we export gets modified or transformed to meet the needs and aspirations of the local population. His work, while often themed to globalization (a later book is titled The Global Soul), celebrates the rich and mostly unthreatened variety of the world.

And its variety begins with the physical. In The Pillars of Hercules, an account of a journey around the Mediterranean (a well-traveled place), Paul Theroux wrote: “No one has ever described the place where I have just arrived.” It was a pithier version of Anthony Trollope’s observation (Australia and New Zealand) in 1873: “I doubt whether I have ever read any description of scenery which gave me an idea of the place described.” Neither man was taking potshots at his fellow writers; they were both extoling the supremacy of travel.

Today, we have a lot more than words to take us places; there’s Instagram, YouTube, Google Earth, for starters. But while virtual travel may diminish the field of travel writers it won’t—or shouldn’t—cut into the number of travelers. There is still no substitute for being there.

No technology can replace the visceral experience of arriving in a new place, the moment when you step out of an airport, or off a ship, and subject yourself—body, mind and heart—to a strange land. You’re attuned to everything: the sights, the sounds, the smells, the textures, very soon the tastes. I always tell travel writing students to use these early hours to explore, because one’s surroundings—the colorful drinks, the melodic sirens, the sweet-and-foul smells—will not be as clear or as sharp in a few days. At the start, everything stands out as if in high definition, especially, strangely, if you’re groggy from jet lag.

Few things give me as much pleasure as arriving in a new city and walking its streets. My enjoyment varies in intensity, but it’s always there, whether I’m in Laramie or Luang Prabang. “Loafing around in a new world,” Nicolas Bouvier wrote in The Way of the World, “is the most absorbing occupation.”

This sentiment explains the appeal of vagabonding over living abroad, which is the travel equivalent of monogamy, its responsibilities and commitments providing a more meaningful but also more uniform experience. Travelers who keep moving are rewarded again and again with the new, though, like bachelors, they miss out on the insights and intimacy that result from lengthy stays.

My first experience with Asia was the trip to Vietnam in 1994. We had recently lifted our trade embargo but had not yet renewed diplomatic ties. I arrived in Saigon around midnight—from the taxi I saw a young woman riding side-saddle on the back of a moped—and went straight to sleep in the Rex Hotel. The next morning I walked out of the lobby and headed toward the river, coming eventually to a wide, tree-lined boulevard where young women flowed past on bicycles. Many wore the traditional, light-colored tunic (ao dai), some holding one hem of it up to the handlebars. A few sported conical hats as protection from the sun; every once in a while one would appear in opera gloves. Through the heat and dust they pedaled serene and spotless, black hair falling like licorice down their backs. The scene, which in a week would become almost familiar, fairly shouted: ‘The East. Vietnam. Saigon. Gotcha.’

Cuba intrigued me on a number of levels. It was another world completely (totalitarianly), but one that was less than an hour’s plane ride from my home in Florida. Also, Havana was a Caribbean metropolis, an oxymoron outside of San Juan and Port-of-Spain. But unlike those two cities, with their beaches and harbors, Havana seemed to have no dividing line between itself and the sea; waves crashed atop the sea wall by our hotel, especially at night, and spread in shallow pools along the street. The city resembled an enormous freighter making its way through stormy waters (and getting nowhere). But I enjoyed the unexpectedness of the scene—“No one has ever described the place where I have just arrived”—and the freshness of the metaphor, which I could now use, without attribution.

I had also leafed through a lot of coffee table books on Cuba (as a frequenter of bookstores does in South Florida) and assumed that I had seen, in photographs, pretty much all there was to see in the city. I once went to a town in Spain because of a picture I’d seen in a guidebook of a charming street, and when I got there I discovered that it was a prosaic city except for that one street. I had assumed that the picture was a representation, not an exception. With Havana it was the opposite: I was amazed by how much the photographic albums had left out. The narrow streets and crumbling buildings of Old Havana fed into the wider streets and crumbling buildings of Centro, which in turn led to the broader avenues and crumbling villas of Vedado and Miramar. The profusion and range of architectural richness—from Spanish Colonial to Art Deco to Midcentury Modern—made the decay all the more tragic.

Though not to my fellow travelers. One night in our minivan on our way to a restaurant—two staples from our world that were out of the reach of most Cubans—there was a discussion on how, eventually, McDonald’s would move in, and then Starbucks, and Havana would lose its attractiveness. At least to tourists. Sometimes, one person’s novelty is another’s sad reality. Or, as Dwight Macdonald put it: “The tourist’s exotic is the native’s poison.”

In the past, the most important quality in a traveler was a sense of adventure; today, it is a sense of wonder. We have all become inundated, the world a little overexposed. But for those who travel wide-eyed in an age of information overload, the revelations are more potent (if not more numerous) for being unexpected. And they still await, for no amount of images and data can shatter the preeminence of the personal encounter.

Traveling, we gaze at the historic—which to our experience is new, and suddenly digestible in all its dimensions—and we stare at the ordinary because to us it’s unique. The Parthenon gives us the same giddy shock of the unseen as the octopus hung on the clothesline to dry.

This is an excerpt from the “Novelty” chapter of The Joys of Travel: And Stories That Illuminate Them.

On the Importance of the Public School Novel, Right Now 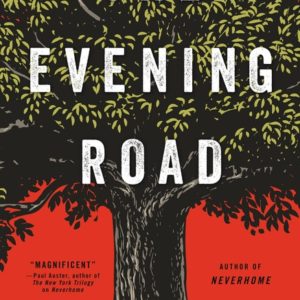 "Woe to the man with a wobble in his legs.” My father liked to say that. In fact, it might have been about the last thing...
© LitHub
Back to top