There Is No Market-Driven Solution to Our Climate Catastrophe

Wherever I go, I ask questions about economics—and get answers about climate. In 2011 in the Philippines, I met landless farmers living in rural slums. What had happened? “The typhoons,” came the answer.

“With more typhoons the rice doesn’t grow as well. There are not enough days of sunshine between planting and harvesting.’

In Ningxia Province, China, walled off from the Gobi desert by barren mountains, I met sheep farmers who’d become reliant on chemical pellets as the grassland died around them. When, back in 2008, scientists trudged the mountains to find out what had happened to the 144 springs and mountain streams marked on the map, they reported: “With climate change and deterioriation of the environment, the southern mountainous areas have no springs and no mountain streams.”

In New Orleans, in 2005, I watched the social order of an already fragile modern city, in the richest country in the world, disintegrate. The proximate cause was a hurricane; the underlying problem was the failure of the city’s infrastructure to deal with a change in weather patterns, and the inability of the poverty-stricken social and racial structure of the city to survive the blow.

There’s a pointless argument between economists and ecologists over which crisis is more important—the ecosphere or the economy? The materialist answer is that their fates are interlinked. We know the natural world only by interacting with it and transforming it: nature produced us that way. Even if, as some supporters of “deep ecology” argue, the earth would be better off without us, it is to us that the task of saving it falls.

In the world of suits and climate summits, a complacent calm rules.

The focus is on scenarios for “what will happen,” the climate catastrophe that awaits if we allow global temperatures to rise by more than two degrees Celsius above pre-industrial levels. But in the edge-places of the world the catastrophe is happening already. If we listened to those whose lives are being destroyed by floods, deforestation and encroaching deserts, we would better understand what is coming: the total disruption of the world.

The IPCC’s fifth report, published in 2013, states unequivocally that the planet is warming. “Since the 1950s,” say the world’s most respected climate scientists, “many of the observed changes are unprecedented over decades to millennia. The atmosphere and ocean have warmed, the amounts of snow and ice have diminished, [the] sea level has risen, and the concentrations of greenhouse gases have increased.”

The IPCC is confident that this is primarily caused by human beings using carbon to fuel economic growth–so much so that in this report it upgraded from “likely” to “very likely” the probability of hotter temperatures, more frequent hot days and more frequent heatwaves being caused by humans. Scientists do not use such terms lightly; they are the equivalent of a qualitative increase in their degree of certainty.

Because our ecosystem is so complex, we can’t trace every disruption of the climate to a human cause with 100 per cent certainty. But we can, says the IPCC, be fairly certain that extreme weather—hurricanes, floods, typhoons, droughts—will increase in the second half of the century.

In its 2014 update, the IPCC warned unequivocally: failure to stop the rise in carbon emissions would increase the likelihood of “severe, pervasive and irreversible impacts for people and ecosystems.” This, remember, is from a report by scientists. They do not sign off on words like “severe, pervasive and irreversible” before weighing them carefully.

If you’re a mainstream economist, what’s coming will feel like an “exogenous shock,” an extra source of chaos within an already chaotic situation. For peasants in the Philippines, African-Americans in Louisiana, and the people of Ningxia Province, the shock is already happening.

Climate policymakers and NGOs have produced numerous scenarios for what we need to do to stop it. But while they model the earth as a complex system, they tend to model the economy as a simple machine, with inputs/outputs, an energy requirement and a rational controlling hand—the market. When they speak of “transition,” they mean the phased evolution of energy policy towards burning less carbon, using a modified market mechanism.

But the economy itself is complex; just like the weather during the hurricane season, it is prone to reactions that accelerate uncontrollably and to complex feedback loops. Like the climate, the economy moves through a mixture of long- and short-term cycles. But, as I have shown, these cycles lead to mutations and ultimately to breakdown over timescales of 50 to 500 years.

Even if the ecosphere was in a steady state, our technology would still be pushing us beyond capitalism. But industrial capitalism has, in the space of 200 years, made the climate 0.8 degrees Celsius hotter, and is certain to push it two degrees higher than the pre-industrial average by 2050. Any project to move beyond capitalism has to shape its priorities around the urgent challenge of climate change. Either we react in time and confront it in a relatively orderly way, or we don’t—and disaster follows.

It has become common to laugh at the absurdities of the climate-change deniers, but there is a rationality to their response. They know that climate science destroys their authority, their power and their economic world. In a way, they have grasped that if climate change is real, capitalism is finished.

The real absurdists are not the climate-change deniers, but the politicians and economists who believe that the existing market mechanisms can stop climate change, that the market must set the limits of climate action and that the market can be structured to deliver the biggest re-engineering project humanity has ever tried.

In January 2014, John Ashton, a career diplomat and formerly the British government’s special representative on climate change, delivered the blunt truth to the one per cent: “The market left to itself will not reconfigure the energy system and transform the economy within a generation.”

According to the International Energy Agency, even if all the announced emissions-reduction plans, all the carbon taxes and all the renewables targets are achieved—that is, if consumers don’t revolt against higher taxes, and the world does not de-globalize—then CO2 emissions will still rise by 20 per cent by 2035. Instead of limiting the warming of the earth to only a two-degree increase, the temperature will rise 3.6 degrees.

Faced with a clear warning that a 4.5-billion-year-old planet is being destabilized, those in power decided that a 25-year-old economic doctrine held the solution. They resolved to incentivize lower carbon use by rationing it, taxing it and subsidizing the alternatives. Since the market is the ultimate expression of human rationality, they believed it would spur the correct allocation of resources to meet the target of the two-degree cap. It was pure ideology and it has been proved plain wrong.

To remain under the two-degree threshold, we—as a global population—must burn no more than 886 billion tons of carbon between the years 2000 and 2049 (according to the International Energy Agency). But the global oil and gas companies have declared the existence of 2.8 trillion tons of carbon reserves, and their shares are valued as if those reserves are burnable. As the Carbon Tracker Initiative warned investors: “They need to understand that 60 to 80 percent of coal, oil and gas reserves of listed firms are unburnable”—that is, if we burn them, the atmosphere will warm to a catastrophic degree.

Yet rising energy prices are a market signal. They tell energy firms that it’s a good idea to invest in new and more expensive ways of finding carbon. In 2011, they invested $674 billion on exploration and development of fossil fuels: tar sands, fracking and deep-sea oil deposits. Then, as global tensions increased, Saudi Arabia decided to collapse the price of oil, with the aim of destroying America’s new hydrocarbon industries, and in the process bankrupting Putin’s Russia.

This, too, acted as a market signal to American drivers: buy more cars and do more miles. Clearly, somewhere, the market as a signaling mechanism has gone wrong.

Look at it as an investment problem: either the global oil and gas companies are really worth much less than their share prices indicate, or nobody believes we’re going to cut our carbon use. The stock market valuations of the top 200 carbon burners totals $4 trillion; much of that could be lost if we persuade ourselves to stop burning carbon. This is not just scaremongering by excitable climate NGOs. In 2014 the governor of the Bank of England, Mark Carney, warned the world’s insurance giants that if the two-degree target is significantly breached it would “threaten the viability of your business model.”

The lesson is: a market-led strategy on climate change is utopian thinking.

What are the obstacles to a non-market-led strategy? First, the lobbying power of the carbon burners. Between 2003 and 2010, climate-denial lobby groups received $558 million from donors in the USA. ExxonMobil and the ultra-conservative Koch Industries were major donors until 2007, when there was a tangible shift to funds channelled through anonymous third parties, under pressure of journalistic scrutiny. The outcome? The world spends an estimated $544 billion on subsidizing the fossil fuel industry.

But that’s just the most obvious part of climate lunacy. After the failure to agree a global path to the two-degree target at the 2009 Copenhagen Summit, energy companies realigned their efforts in order to pressure national governments for specific outcomes, always with the aim to slow the introduction of carbon targets, or to exempt specific firms.

Yet strong, positive action can work. In Germany, the sudden shutdown in 2011 of the nuclear program after Fukushima, combined with heavy investment in renewable energy, has done to the power utilities what any hard application of carbon targets would do to market forces. It has shattered them.

In the German system, wind, solar and other renewable generators get the first opportunity to supply energy. If there’s sun, and a healthy breeze, as there was on June 16th, 2013, they can generate half of all demand. On that day, the gas and coal producers—who cannot easily adjust the output of their power stations, only switch them on and off—were forced to pay the German electricity grid €100 per megawatt to take unwanted electricity off their hands. The price of carbon energy had gone negative. As The Economist magazine put it: “For established utilities . . . this is a disaster . . . you cannot run a normal business, in which customers pay for services according to how much they consume, if prices go negative.”

In many countries, energy policy is paralyzed—not just by the lobbying power of oil and gas, but also by the difficulty of forcing behavior change using market forces—e.g. higher prices—rather than by undertaking a rational redesign of the whole system.

For the advocates of green capitalism, it is easier to imagine the end of the world than to imagine a non-market, low-carbon economy.

So we need to imagine better.

From POSTCAPITALISM. Used with permission of Farrar, Straus and Giroux. Copyright © 2016 by Paul Mason.

Paul Mason is the award-winning economics editor of Channel 4 News. His books include Meltdown: The End of the Age of Greed and Why It's Kicking Off Everywhere: The New Global Revolutions. He writes for The Guardian and the New Statesman, among others. 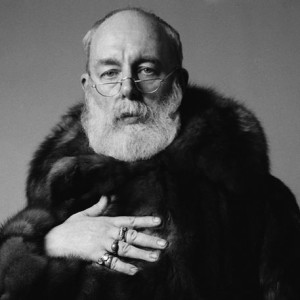 Can literature heal the scars of a nation? Nayomi Munaweera reports from Sri Lanka's Galle Literary Festival. | Literary...
© LitHub
Back to top