On the most beautiful office in New York City

Hemingway wrote in cafes, nursing a marc, and later at a stand-up desk surrounded by polydactyl cats. Melville used an upstairs study in Pittsfield with a view of Mt. Greylock, which in winter looks very much like a white whale. Virginia Woolf had a room of her own and Edith Wharton was said to write in bed. Few things are as treasured by writers as privacy, that place where you can tune out the world and live in the alternate one on your page. I found it in one of the most public places imaginable, crowded with tour groups and class visits, a must stop in the guide books. For over twenty years I have been writing in the New York Public Library—eight novels and a ninth underway—and I can’t imagine working anywhere else.

The main Reading Room—rightly, a tourist destination—with its ambient noise of chairs scraping and laptops clicking and book delivery bins clattering at the call desk is about as far as one could get from the silent, hermetically sealed workroom writers are supposed to crave. The trick is to make your own privacy—a pen, a yellow legal pad, and your own cone of personal space and you’re there. And since everyone else at the long open tables wants privacy too, invisible boundary lines are drawn, a kabuki-like civility reigns, eyes averted. It’s true that occasionally you find yourself sitting opposite someone in a heavy overcoat (at the height of summer) writing in a notebook in block capitals about Jesus, but since he’s already somewhere private, he’s usually as polite as the others. And then of course the sheer grandeur of the place invites respect—the vast room (said to be the largest in America) with its painted ceiling, shafts of light pouring through the high windows, the polished wood and rows of lamps. It may not be the quiet room that Woolf demanded, but I think it’s the most beautiful office in New York. After years of writing there, I was lucky enough to get a seat in one of the research rooms (set aside for scholars and writers) where crowds are not an issue and the private work space a rare privilege, but from time to time I still wander up to the Reading Room just to have a look.

After which, thanks to the transformation of Bryant Park, just behind, I can eat lunch under the linden trees and watch half of midtown walk by, one of the few places in New York where you can have this kind of European experience. Writers love to complain about their work—the isolation, the elusive right word, etc.—but it’s hard to feel desperate on a nice day in Bryant Park. For one thing, you’re sitting on top of one of the world’s great repositories of books (the library stacks lie right under the great lawn) and the building behind you can seem like a physical validation of the writer’s life. The librarians, the staff, your fellow writers all value what you do. The library isn’t just a workplace; it’s a haven. Now go back to your cubicle and do another five hundred words.

It was probably inevitable that I would end up here. One way or another, I’ve spent most of my life in or around libraries. Writers are often sentimental about the role of libraries in their childhoods, but for me the library did make a critical difference. I grew up in a Pennsylvania coal town where there were no bookstores at all. A few people got Reader’s Digest Condensed Books through the mail, or even a selection from Book of the Month Club (the Amazon of the 1950s) but otherwise the only available books were paperbacks in wire racks at the drugstore whose covers invariably featured men with guns and women with torn blouses (nothing more comes off inside, alas). Nothing else. Except the library, a red brick building on Prospect Street that was like Aladdin’s cave to me, filled with treasures. I can still remember the day I got my first card and was allowed to take three books home, grown-up books, not picture books. In a very real way, my life began in that library. Though it seemed to me then as big as a church (it was, in fact, a converted one), the whole collection could probably be stuffed into the shelves in my apartment now and certainly into a small Barnes & Noble branch. Never mind. The books seemed inexhaustible, a lifeline to the world outside.

I left the town but not the library. I didn’t know then that I would spend the rest of my life devouring books, then making and selling them as a publisher, and finally writing them. When I did sit down to write my first book it was at a table in the library—where else? It’s a well-worn cliché that a writer feels a thrill when he holds his first book in his hands, like a child, an abstraction made real. But as a publisher I’d spent years holding first off the press copies and I was too familiar with the process to be thrilled—to me it was just part of the business. And then I saw my book on a library shelf, jacket covered in plastic, part of the Dewey decimal system, and suddenly there was that twinge of pleasure everybody talked about. I had become a writer. Someone in the card catalogue, there for good.

Of course what libraries give, they can also take away. A few years ago I went into my local library and discovered with quiet horror that one of my books was on the For Sale rack. They were getting rid of it? Should I buy it before anyone else could see? I flipped it open and saw the dreaded stamp “De-accessioned.” For a second it felt as if I had been given a fatal medical prognosis and the librarian must have seen it in my face. She laughed. “Don’t worry. It’s just worn. We’ve ordered a replacement.” And then, after a sly pause, “Multiple copies.” Multiple copies. I once thought “you’ve been upgraded” was my favorite phrase in the language, but ‘multiple copies’ beat it by a mile. Really, is there any better place than a library?

Joseph Kanon is the Edgar Award–winning author of Leaving Berlin, Istanbul Passage, Los Alamos, The Prodigal Spy, Alibi, Stardust, and The Good German, which was made into a major motion picture starring George Clooney and Cate Blanchett. He lives in New York City. His newest novel, The Defectors is out now from Atria.

8 Books to Read During Pride Month 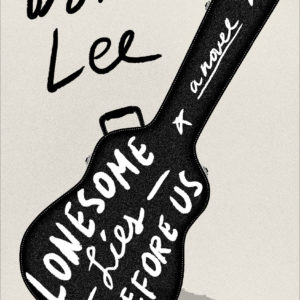 They met in Raleigh in the late 1980s. Yadin had been kicking around the Triangle for several years by then, bussing tables...
© LitHub
Back to top