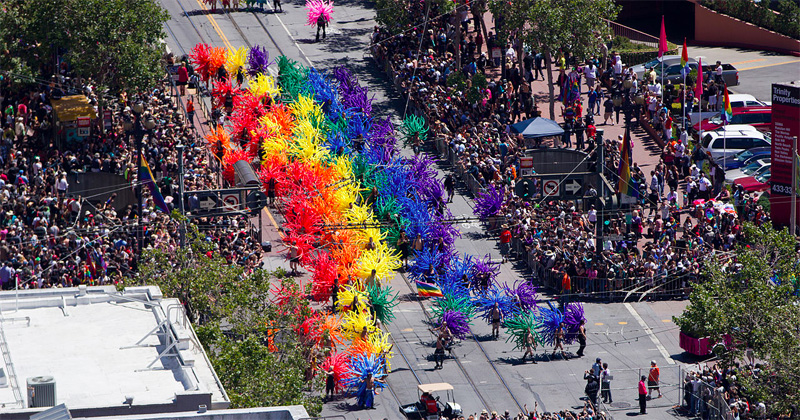 8 Books to Read During Pride Month

And 3 More to Look Out For Later This Year

Happy Pride Month! Being a part of the LGBTQ community means supporting each other through the good times and the bad, embracing our differences and complexities, and making those unheard voices heard. From a trans teen romance to a queer space opera, we’ve pulled a list of 11 great #OwnVoices LGBTQ reads to last you through Pride Month and the rest of the year. 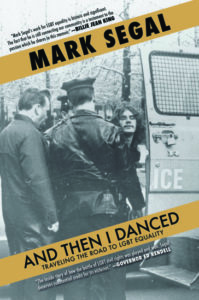 Mark Segal, And Then I Danced: Traveling the Road to LGBT Equality
(Akashic Books/Open Lens, 2015)

From the Stonewall riots in the 1970s to the very first Gay Pride reception hosted by President Obama in 2008, Mark Segal has seen it all. He made his first appearance on the national stage of the LGBT rights movement on December 11, 1973, when he crashed a live broadcast on CBS and yelled “Gays protest CBS prejudice!” Needless to say, his memoir, And Then I Danced: Traveling the Road to LGBT Equality, is one of the most fascinating things you’ll read all year. His experiences and achievements are unbelievably impressive, but Segal relates them all without a hint of braggadocio, speaking candidly and simply as he does. (Segal’s memoir also won the 2016 Excellence in Book Writing Award from the Association of LGBTQ Journalists, if you need further proof of the power of his work.) 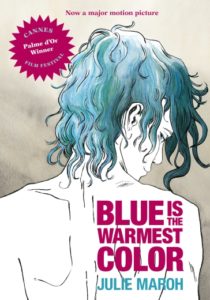 Watching the movie Blue is the Warmest Color is an LGBTQ rite of passage, but have you read the graphic novel that started it all? Like the movie, the book tells the story of Clementine, a shy, in-the-closet teenager who becomes captivated by the confident, blue-haired Emma. This marks the start of a passionate and tragic romance charged with all of the energy, naivety, and hopefulness of youth. Julie Maroh works in stunning watercolor and ink illustrations that bring a soft, dreamy quality to this iconic love story. Her art is even more cinematic and emotive than the movie. Warning: you will cry. 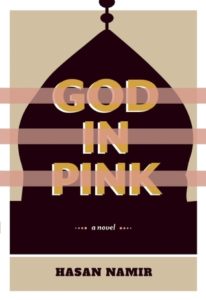 Clocking in at just 150 pages, God in Pink proves that novels don’t have to be massive epics to pack a powerful punch. Our protagonist, Ramy, is a university student in war-torn Iraq who finds himself caught in between his desire to explore his sexuality and his desire to please his brother, a conservative (and homophobic) Muslim. After the death of his parents, the pressure mounts for Ramy to find a wife. Desperate for a way out, Ramy seeks advice from a sheikh at the local mosque, and is forced to untangle contradictions between his life, his religion, and his culture. Namir uses simple and beautiful language to dive into the world of dreams and reality, using touches of magic and Islamic canon to give the reader a deeper understanding of Ramy’s struggle. This book is poignant, timely, and will resonate with anyone who has tried to reconcile who they are with who the world wants them to be. 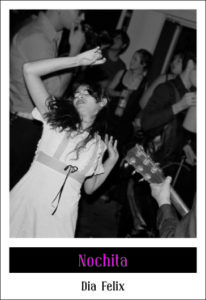 Nochita is a queer coming-of-age novel like you’ve never read before. While lots of LGBTQ fiction centers around a coming out story, Nochita examines self-discovery of another kind. The novel focuses less on the titular protagonist’s sexual identity, which is never given a bright-line definition, and more on Nochita’s attempts to carve her own place in the gritty underbelly of California’s counter-culture, after the realization that the adults in her life are incapable of raising her themselves. LGBTQ people old and young will hear notes of themselves in Nochita’s story, which is full of yearning, ferocity, dark humor, and all of the mistakes (and victories) of youth. Straddling the line between poetry and prose, Felix’s writing is medicine for the soul. It’s lyrical without becoming overly sentimental; poignant without becoming didactic. Nochita is a book you’ll want to pass on to every other queer person you meet. 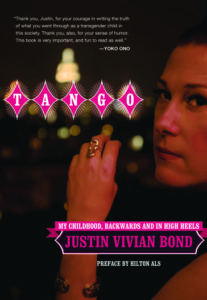 Justin Vivian Bond, Tango: My Childhood, Backwards and in High-Heels
(The Feminist Press at CUNY, 2011)

An Obie-award winner and Tony nominee, Justin Vivian Bond has been shattering ideas of gender in the performance world for over thirty years. Bond’s memoir, Tango: My Childhood, Backwards and in High-Heels, zooms in on Bond’s childhood, tuning a keen focus into what it means to grow up queer and trans in a small town. Despite dealing with complex issues like discovering sexuality, power dynamics, and childhood bullying, Bond’s writing maintains a certain kind of levity, a finely executed whistling in the dark. Bond is characteristically candid throughout, and reading Tango feels as though Bond has gathered us the readers around a fireplace to share a story and a laugh. Oh, and in case you needed more convincing, this book was blurbed by Yoko Ono. Yeah. That Yoko Ono. 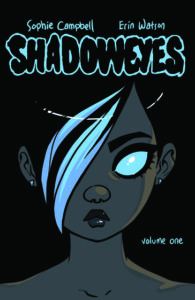 A teenage superhero story written by a trans woman featuring a crew of misfits battling evil in a futuristic dystopia? Paying attention now? In Scout’s city, there’s only one way to get justice: you have to do it yourself. But Scout’s first foray into vigilante-ism doesn’t end quite the way she imagines, and she gets knocked unconscious. When she wakes, she discovers that she can transform into a powerful superhuman creature: Shadoweyes. Campbell’s art and writing are addictive; it’s impossible to just read one page. Though it’s a dystopia, the world Campbell creates is full of eye-popping colors and characters with personalities as vibrant as their designs. Shadoweyes also has quite the spectrum of individuals: it’s got characters of color, disabled characters, queer characters, and even an intersex character. In short: read this book. You won’t regret it. 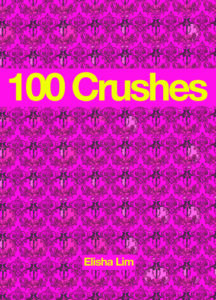 Elisha Lim is an artist who believes that comics shouldn’t be reserved for straight, white, or cisgender experiences. 100 Crushes is a compilation of five years’ worth of queer comics, a mix of memoir, interviews, tributes, and more. Lim alternates between profiles of “gender rebels” they admire and shorter, more intimate personal anecdotes. Along the way, Lim experiments visually with everything from patterns and textures to fonts and story structures. 100 Crushes reads almost like a diary, as if Lim is inviting us to come along on their journey to discover what it means to be butch, femme, binary, non-binary, and, above all, a queer person of color in a world that centers and normalizes whiteness. 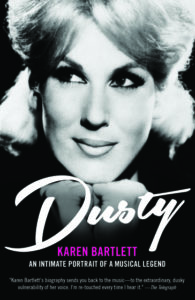 Singer Dusty Springfield was a cultural icon of the 1960s, and not only for her soulful pop sound and flamboyant performances. Springfield was the first female entertainer to publicly come out as bisexual (an admission that was nearly unheard of at the time) and was an anti-racism activist (having been deported from South Africa for refusing to play segregated audiences during apartheid). In Dusty: An Intimate Portrait of a Musical Legend, Karen Bartlett cracks open the shiny persona that Springfield cultivated on stage to take a closer look at Springfield’s inner life, and the struggles she encountered while coming to terms with her sexuality. Dusty: An Intimate Portrait of a Musical Legend combines Bartlett’s meticulous research with new interviews with Dusty’s friends, lovers, employees, and confidants. If you’re looking to brush up on your LGBT history this Pride (or just love a good story), this is the perfect place to start. 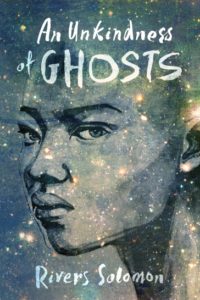 Aster has known no life other than the HSS Matilda, a ship that has spent generations carrying the last of humanity to a mythical “Promised Land.” Her dark skin marks her as a sharecropper, the lowest of the low. Add in obsessiveness and a reclusive tendency, and Aster is considered a freak at best, inhuman at worst. Is there a way out of this impossible life? The answer, Aster finds, may lie in the past of her mother, who died from suicide over twenty years before. For a science-fiction novel full of starships and faraway planets, An Unkindness of Ghosts is unflinchingly real. Solomon says that the inspiration for An Unkindness of Ghosts was the question, “How do I go on?”, a peek into the ways in which oppressed people survive and thrive against all odds. World-building has been called Solomon’s main strength in An Unkindness of Ghosts, but it’s hard to pick out any one facet of the book as the best. Solomon’s writing is lush and heavy with layered meaning, but the prose never weighs down the plot or keeps it from racing onward. Like Solomon themself, the protagonist, Aster, is a queer, intersex, neurodivergent person of color, giving this book crucial #OwnVoices representation. In addition, the cover for this book should be nominated for “Most Gorgeous Cover of All Time.” All other covers can go home. 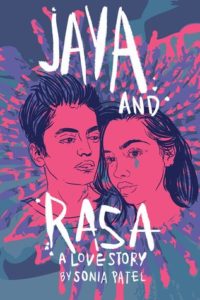 Sonia Patel made a splash last year with her debut young adult novel, Rani Patel in Full Effect, which hit eight different “Best Books of 2016” lists and was a finalist for an ALA Morris Award. Now, she’s back with Jaya and Rasa: A Love Story, the transgender, Gujarati Indian Romeo and Juliet of your dreams. Jaya, a seventeen-year-old trans boy, comes from a wealthy family who is rich in money, privilege, and secrets. On the opposite side of the tracks, Rasa comes from a poor family, raised by a single mother who cares less about her children than the endless parade of men she uses and loses. When their two worlds collide, Jaya and Rasa find that they just might be the family they were always looking for. No one writes teenagers quite like Sonia Patel. By day, Patel is a practicing child psychologist, and her background shows: in her writing, she deftly navigates both trauma and healing to create a startlingly real portrait of mental health. Preorder this book now, so you have it right away when it publishes in September. 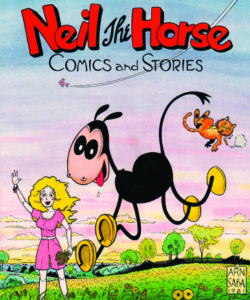 The Neil the Horse comic ran for nearly 13 years in Canadian newspapers, making author and illustrator Katherine Collins a bit of a legend. Every issue and comic strip are compiled for the first time in The Collected Neil the Horse. This is comics like you’ve never seen them before; not just memorable characters going on wacky adventures, but a completely innovative mélange of forms reminiscent of the multiplicity of vaudeville, from crossword puzzles to joke pages and more. The characters spontaneously burst into song and dance, and each comic in the collection comes with sheet music, because Collins isn’t just an artist, she’s a composer and a low-key genius. While the comics don’t technically feature any queer characters, they’re campy, fun, and full of musical theater, all written by Collins, a trans woman, which is just another reminder how creative the LGBT community is. 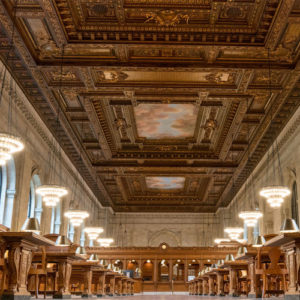 Hemingway wrote in cafes, nursing a marc, and later at a stand-up desk surrounded by polydactyl cats. Melville used an upstairs...
© LitHub
Back to top
Loading Comments...