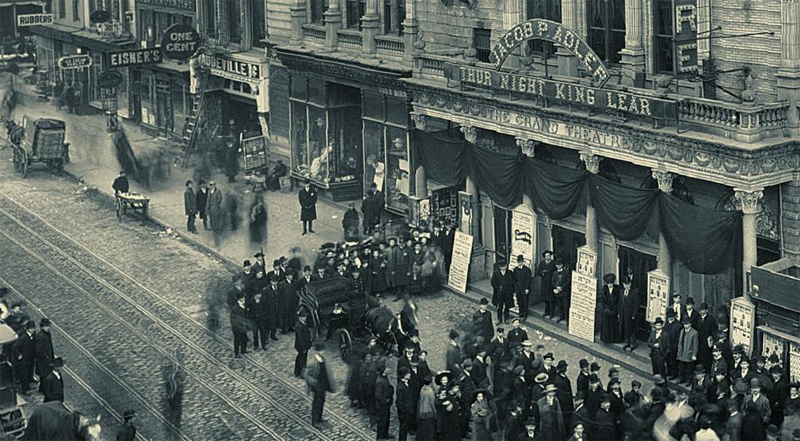 On the Battles Around Yiddish Pulp Fiction

Man Lies Dreaming, a novel by Israeli writer Lavie Tidhar, is about Hitler. Or rather, it’s about Wolf, a private detective in late 1930s London, who is also Hitler. In Tidhar’s alternative history, Wolf is who Hitler would have become if the Nazi Party had lost the 1933 German federal  election, and the Führer had fled Germany for England. (The name Wolf is an English translation of Adolf.)

Casting Hitler as the main character in a mystery novel is a bold move. But then, the novel isn’t only about Hitler, or about Wolf. It’s also about Shomer, an inmate in Auschwitz. How can there be an Auschwitz if the Nazis never came to power? Sadly, the scenario in which Hitler is reduced to playing the gumshoe may be just a revenge fantasy inside Shomer’s head—a story that he’s dreaming.

Tidhar’s novel bends and twists historical reality, but it’s always in touch with the facts. The Nazis won the 1933 election, but barely. They just as easily could have lost to the Communist Party, which is the case in Tidhar’s version of events. Historical figures pop up throughout the novel, including filmmaker and Nazi propagandist Leni Riefenstahl; novelist Ian  Fleming, creator of the James Bond series; and British politician Oswald Mosley, who poses the major fascist threat in the story. Shomer also was a real person, though not exactly as Tidhar portrays him. The real Shomer died in 1905 in New York, and was never imprisoned in Auschwitz. But like the character in Tidhar’s novel, Shomer was a Yiddish writer—in fact, he was the most successful author of pulp fiction, or shund, in the history of the language. Like everything else in A Man Lies Dreaming, this is no coincidence. The imaginative force in Tidhar’s genre experiment is naturally a semi-historical author of genre fiction.

Shomer wasn’t always a writer of shund, however, or even a writer in Yiddish. Born Nokhem Meyer Shaykevitch in 1846 in Nesvizh, a town in present-day Belarus, he grew up in a wealthy family and received a traditional religious education while reading European literature on the side. Like many educated young Jews, Shaykevitch became a proponent of Haskalah, or Jewish enlightenment, and began writing in Hebrew, publishing translations of popular science articles in the newspaper Hamelits.

However, Hebrew writing wasn’t a profession that could pay the bills, so Shaykevitch tried his hand at business. After marrying at age 20, he worked with his father-in-law in the lumber industry in Pinsk, and then with an uncle as a military contractor in Vilnius. During the Russo-Turkish War of 1877-1878, he made his living as a procurer of dairy products for the Russian Army in Romania.

It was while living in Vilnius that he found his true calling. One of the city’s Jewish publishers, familiar with his Hebrew  writing, offered to pay him three rubles to write a Yiddish mayse-bukh—a short story or novelette that would appear as an individual chapbook, a popular type of publication at the time. Shaykevitch, whether struck by inspiration or sensing an opportunity, churned out nine of them in nine days, and was soon writing for nearly every Jewish publishing house in Eastern Europe. It was a better living than he ever made in lumber or dairy.

Like many Yiddish writers, Shaykevitch adopted a nom-de-plume, likely because writing in Yiddish was not a prestigious profession. Under the pseudonym “Shomer”—an acronym taken from the last letters of his three names, literally meaning “watchman”—he wrote more than 200 novels. They were tales of pirates and treasures, of princes and princesses, ghosts and murderers, and, of course, scandalous and sentimental stories about love. He became a kind of “watchman” for popular tastes, and his readers soon numbered in the hundreds of thousands. As Tidhar writes,

He was read by yeshiva boys in secret, passing his books from hand to hand . . . by the rabbis who confiscated the books from their wards, by the women who picked them up for a few kopeks along with a bag of onions in the shop, by intellectuals who railed against this prostituting of literature, by wealthy merchants and farmers and cobblers and clockmakers, carpenters and engineers: they all knew the name Shomer.

Shomer’s success didn’t go unnoticed by his competitors, and especially not by those who thought that Yiddish literature should aspire to more than lowbrow potboilers. Their displeasure reached a fever pitch in 1887, when a controversy broke out in the pages of the Yudishes folksblat, a Yiddish newspaper in Saint Petersburg. In 17 issues, writers weighed in on his work, mostly to attack him. They accused him of appealing to his audience’s lowest instincts, of corrupting young readers, of degrading the Yiddish language, and of  betraying the lived reality of Jewish life with sentimental fantasies.

Then, in 1888, came the most damaging blow of all: a 100-page pamphlet by a young Sholem Aleichem titled The Judgment of Shomer. The booklet, a formative document in the history of Yiddish literary criticism, was presented as a public trial of the older writer, with the author posing as court stenographer. The Judgment brought together all of the arguments that had been made against Shomer while simultaneously entertaining its own readers. It was also a way for Sholem Aleichem to define his own literary program. Instead of fantasy, he argued for realism; in place of pretentious Germanisms, he wanted Yiddish writing to embrace vernacular speech; and while much of Shomer’s work was a cheap imitation of European romanticism, Sholem Aleichem thought that Yiddish fiction should embody a specifically Jewish point of view. The word shund, which later came to define Shomer’s work, never appeared in The Judgment. But Sholem Aleichem didn’t refrain from calling the author’s books mist in Yiddish—literally, garbage.

Shomer wasn’t content to let such attacks go unanswered. He called his critics fools, and accused them of being failures who were jealous of his success. He may have been partly correct. During the years in which the controversy broke out in the Yudishes folksblat, forty percent of all Yiddish books published were by Shomer or his imitators. In 1888, some 96,000 copies of Shomer’s books were printed. Sholem Aleichem’s own literary anthology, Di yudishe folks-bibliotek, saw a run of only 3,200 copies the same year. While Shomer’s critics had arguments, Shomer had readers.

The controversy over shund wasn’t restricted to Shomer. With the rise of the Yiddish press as a mass medium in the early 20th century, shund came to play a central role. While many newspapers prided themselves on publishing highbrow fiction by acclaimed authors, they sold papers by printing shund—suspense-filled serialized novels that often pushed the boundaries of sexual propriety. For months on end, these novels, often written by women, had readers coming back to buy the newspaper day after day.

If shund thrived in newsprint, it was an unstoppable force onstage. The bitterest arguments were waged over the Yiddish theater, which was even more popular than pulp fiction. Shomer himself wrote more than 50 Yiddish plays, but he was eclipsed by the real experts in the genre, men like Moses Ha-Levi Horowitz and Joseph Lateiner. These writers would churn out new works practically overnight, recycling characters and plots with abandon. Horowitz was said to give the actors the first two acts of a play to rehearse while he went backstage to write the third.

Here it was realist playwrights like Jacob Gordin and Sholem Asch who tried to stand up for a theater that embraced artistic values, modeling themselves on European writers like Henrik Ibsen and Émile Zola. And once again, Sholem Aleichem entered the fray. In his 1909-1911 novel about the Yiddish theater, Wandering Stars, he mocked writers like Horowitz and Lateiner, describing their work as “heartrending dramas and potboiler tragedies that had unusual titles like Shminder Begetz on the Auto-da-fé, The Bloody Inquisition in Sobyeski’s Times, Isabella, Tear Off Your Blouse for Me.” When the same authors tried to produce more “literary” pieces, he went on, they turned out plays like “Hinke-Pinke, Shloyme Adam’s Apple, Leap in Bed, and Velvele Eats Compote.”

With the decline of the Yiddish press and the Yiddish theater in the mid 20th century, the arguments over shund decreased as well. Yet critics continued to debate the merits of Shomer’s oeuvre long after his death. Shmuel Niger, in a series of articles written for the Yiddish journal Ditsukunft in the 1940s, called his work “primitive, cheap, foolish, and tasteless.” Dan Miron, a contemporary scholar of Yiddish literature at Columbia University, writes that he “worked more like a producer of literature than a writer.”

But in the century since Shomer’s death, many critics have come to reevaluate his legacy. Shomer is credited with helping to form a Yiddish-reading public, and some scholars argue that because of this he was just as responsible for creating modern Yiddish literature as his greatest critic, Sholem Aleichem. Zalmen Reyzen, the Yiddish writer and editor who compiled the monumental Biographical Dictionary of Yiddish Literature, Press and Philology, devoted almost 50 pages to Shomer, indicating that the canon of Yiddish literature should include popular as well as elite tastes. And Reyzen’s brother, Avrom Reyzen, himself a prolific author of Yiddish fiction, spoke for many Yiddish writers when he cited Shomer’s work as a formative reading experience. “As a boy I would hear [Shomer’s] novel[s] read out loud by Father on Friday evenings to the entire family,” he recalled. “My mother would openly weep during the scenes when the evil protagonist and his wife beat the poor orphan.”

Today, discussion over shund also takes place within a broader reevaluation of popular culture. In the 1920s, critic Gilbert Seldes applied aesthetic criteria to argue for the merits of arts like jazz, vaudeville, comics, and film, and contemporary critics have embraced a philosophy of “poptimism” to champion everything from Beyoncé to Fifty Shades of Grey. Critics have also come to appreciate the gendered aspect of pop culture, and the frequently sexist nature of its rejection. In Yiddish as well as in English, most readers and many writers of popular fiction were women, and by impugning writers like Shomer, his critics were dismissing his readers as well.

Then too, many of the reasons for attacking shund have since disappeared. In the 19th century, writers like Sholem Aleichem weren’t just standing up for what they thought was superior work—they were trying to form a literary and artistic tradition where none existed. For Shomer’s critics, the success of shund represented a mortal threat to all of Yiddish literary culture. These days, shund is no longer such a menace. And by exploring the most popular Yiddish writers, most of whom are now forgotten, we might even broaden the boundaries of what can seem like an overly narrow literary canon. As Tidhar wrote to me in an email,  “I often think that it’s in marginal literature, in genre and the pulps, that we can see a more honest picture of the society they’re written in.” Perhaps it’s time for Shomer, once a watchman for millions of readers, to resume his post.

Ezra Glinter is the editor of Have I Got a Story for You, an anthology of Yiddish fiction in translation. His writing has appeared in the New Republic, the Paris Review and the Los Angeles Times, among other publications. 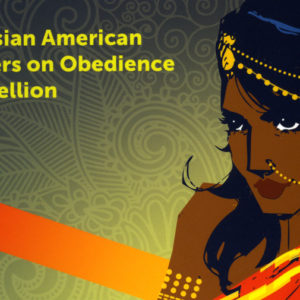 I spent nearly a decade of my life pursuing women. I found them on Facebook and Twitter, through friends of friends and in the acknowledgments...
© LitHub
Back to top