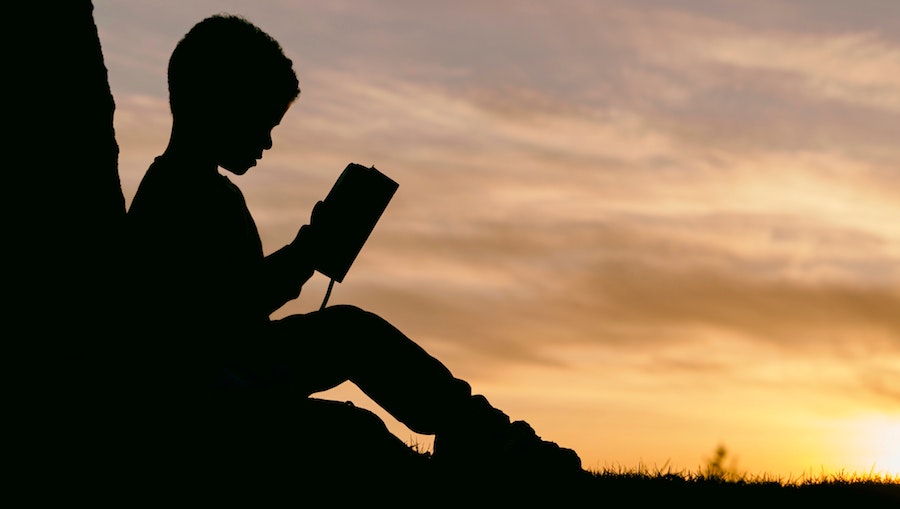 There Can Never Be Enough Books for Small Children

In 2014, Washington, D.C. Ward 6 councilmember Charles Allen went to visit his brother in Tennessee. While there, Allen witnessed his two-year-old niece get excited when the mail came. “The mail shows up, and [my niece] goes running. . . to the mailbox, and there’s a book in the mail,” he says. “I was like, ‘Well, that’s kind of cool, what’s going on here?’” Allen’s brother told him that when he and his wife gave birth, they signed a form at the hospital, and have been receiving a book in the mail once a month ever since. That’s how Allen found out about Dolly Parton’s Imagination Library, a national program that mails one free book a month to children ages under 5.

That same year, less than half of the district’s third graders had scored proficient or advanced reading skills on state tests. As a lawmaker, Allen saw the potential in a program that gets kids excited about reading early on in life. “I started meeting with. . . a lot of our literacy experts, with our D.C. Public library system, and a lot of other folks [in D.C.] to start thinking about, would this be a model that we could take, and could we do it citywide?” he says. On January 20, 2015, Allen introduced the “Books from Birth” bill, which was unanimously supported by his ten colleagues on the council. The program officially launched in D.C. just over a year later, in February of 2016. Since then, it’s seen rapid growth. To date, 27,078 of the eligible 46,000 children in D.C. under age five have signed up. 10,000 of those came within the first three months.

“We’ve [received] nothing but positive feedback,” says Michael Linder of the D.C. Public Library, who provides the program administrative support and does outreach to communities. Linder and his team do a variety of things to get the word out, like advertising in the metro system and at public schools. Over the summer, he attended three or four outreach events every week. “I’m in the community a lot,” he says. “Day care centers, dental offices, health care centers—anywhere that families interact and I can get ahold of parents and inform them about the program.”

Linder says the goal of the initiative is to increase literacy rates in the district and to encourage parents to start building their own in-home library. “A lot of parents believe that if a child is under five, a child can’t pronounce any words yet,” he says. “They feel like it’s too young to start reading. When in fact, studies show that if you read to a child from birth, they go to kindergarten already mentally prepared to comprehend reading, and more importantly, develop a love for reading.”

Jeff Conyers, Executive Director of the Dollywood Foundation, says recent scientific backing for the program vindicates what parents have always known. “We know now, because the science has really caught up to what we know as parents. . . that there’s so much development that happens in a child from the time they’re born until the time they start school,” he says. “Over 80 percent of their brain development has happened by the time they cross the threshold of kindergarten.” But even without the science, Conyers says it wouldn’t be difficult to convince parents why the program is a good idea. “The Imagination Library, in and of itself, is a simple concept,” he says. “It doesn’t take a lot to get your head around why it would be important for a young child to be exposed to books very early in life, particularly books they can relate to. We don’t have to say, ‘this is scientifically proven to do X, Y and Z’—[parents] just know intuitively as parents this will be a great thing for [their] child.”

The D.C. program is just one of many that the Imagination Library funds. Parton started the library in 1995 as a tribute to her father, who was functionally illiterate. She wanted every child in her hometown of Pigeon Forge, Tennessee to have access to age-appropriate books. “She’s always one who wants to give back to her hometown and the people that she grew up with,” Conyers says. In 2000, after an interview in Southern Living brought the library national recognition, Parton announced that she would make it available to any community willing to support it. Now, the library mails over 1.1 million books each month to homes all across the United States, Canada, the U.K., and Australia. Conyers says the rapid growth they’ve witnessed in D.C. mirrors the growth they’ve seen in the U.S. “We’re mailing an Imagination Library book right now to over 5 percent of children in the United States under the age of five,” he says. “And we’re on track to be mailing to 10 percent of the U.S. population under the age of five within the next five to six years.”

It’s an ambitious goal, and yet the Imagination Library manages a lot with very little. The entire staff totals nine people, including two regional directors and an administrative office team. Once a year, books are chosen by a “Blue Ribbon Selection Committee,” a group of early childhood experts and authors who select the following year’s library from a list of themes, concepts, and other criteria. The committee splits the books by age group in order to ensure the selections are developmentally appropriate for a child’s stage in life. There’s also a strong focus on culture and inclusion. “They want to make sure that we’re putting books in front of children that depict diverse characters, as well as [are by] diverse authors,” Conyers says. Penguin Random House is the Imagination Library’s sole publishing partner.

The entire process costs communities just $2.10 per child, per month. That includes both the book and the mailing cost. “You can’t go to the store and buy a book for $2,” says Conyers. “These are brand new, really nice titles. So we’re using the economies of scale to allow local partners like D.C. Public Library to participate and get books into the hands of families with young children at a scale they would never be able to do, and never be able to afford otherwise,” he says.

In D.C., Allen says that in addition to the untold benefits on early childhood literacy they’ve witnessed since the program started, they’ve discovered they’re also making an impact on adult literacy as well. “Literacy runs in families,” he says. “If you have grandparents or parents who are low literacy, then they’re much less likely to read books to their kids, and you’ll see those effects start to play out.” But having access to children’s books in the home is actually one of the best ways to boost confidence in low-literacy adult readers. “No parent wants to show their child that they don’t know how to read. But if you start with a book that is tailored to a [child], in many cases, even a low-literacy individual can read those books.” Because of this, the D.C. Library ties adult literacy intervention into their Books from Birth program.

While the kind of investment they’re making in their children now won’t pay off until years down the road, Allen says Tennessee has proven to be a promising model. Tennessee is the only state that’s had Books from Birth long enough to analyze its effect on elementary test scores. “What they found was that in the neighborhoods and communities where they had Books from Birth, the kids who got these books scored ten to fifteen points higher, in both English and reading, but also in math and science, than the kids who didn’t receive the books,” he says. For Allen, that potential is more intriguing than the excitement kids feel when they receive a book in the mail. “What I really want to do is make sure we’re making a really solid difference in these kid’s lives,” he says.

If the program’s reception is any indication, they already are. Reflecting on Books from Birth’s popularity, Allen says, “As a lawmaker, we pass a lot of laws. There are very few things that we pass that we can feel an impact immediately, and that we can also feel every single day. The number of families who talk about this program, and that realize that this has such a huge impact on early childhood literacy. . . it feels good that as a lawmaker you can make a difference.”

To learn more about the Imagination Library or to see how you can bring the program to your community, visit their website. 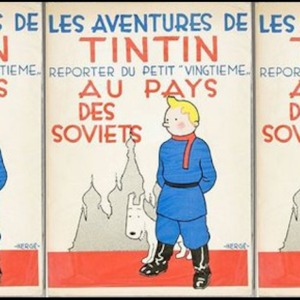 What do you do when there’s a madman wandering around the White House? Well, if you’re a major national newspaper,...
© LitHub
Back to top