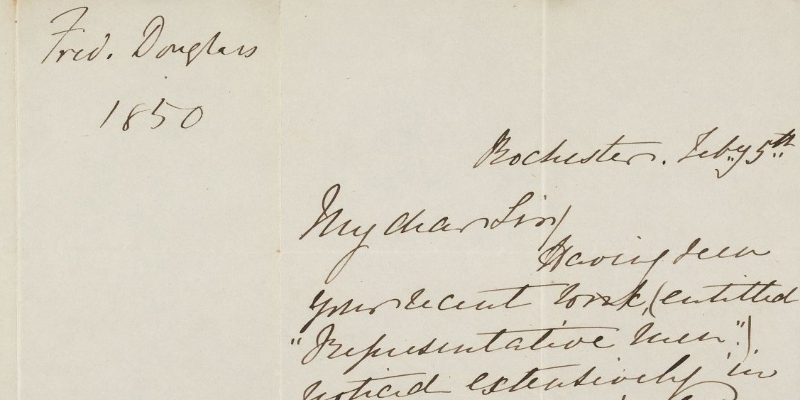 ‘There Are No Slaveholders Here.’ A Letter from Frederick Douglass

Frederick Douglass (1818–1895) was born into the anonymity of slavery and died as the most famous African American of the 19th century. After a harrowing escape to freedom in 1838, he devoted the rest of his life to issues of justice and equality, applying his talents as an orator, journalist, autobiographer, fiction writer, publisher, government appointee, advocate, and intellectual to help transform a country from its origins as a slaveholding nation, to one ravaged by Civil War, to a collection of former enemies trying to find reconciliation, forgiveness, and a path to a brighter future.

Jacke Wilson: After that, he talks about his escape and the new life he’s found in Massachusetts. He contrasts that with his life in Maryland. And then, in a moving passage, he turns to his children—he has four children at this point—and what it’s like to be a father. He says,

Dear fellows! they are all in comfortable beds, and are sound asleep, perfectly secure under my own roof. There are no slaveholders here to rend my heart by snatching them from my arms, or blast a mother’s dearest hopes by tearing them from her bosom. These dear children are ours—not to work up into rice, sugar and tobacco, but to watch over, regard, and protect, and to rear them up in the nurture and admonition of the gospel—to train them up in the paths of wisdom and virtue, and, as far as we can to make them useful to the world and to themselves.

Oh! sir, a slaveholder never appears to me so completely an agent of hell, as when I think of and look upon my dear children. It is then that my feelings rise above my control. I meant to have said more with respect to my own prosperity and happiness, but thoughts and feelings which this recital has quickened unfits me to proceed further in that direction. 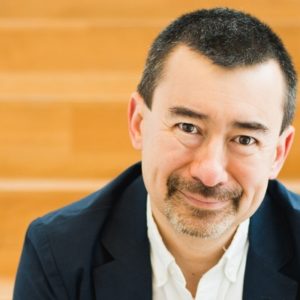