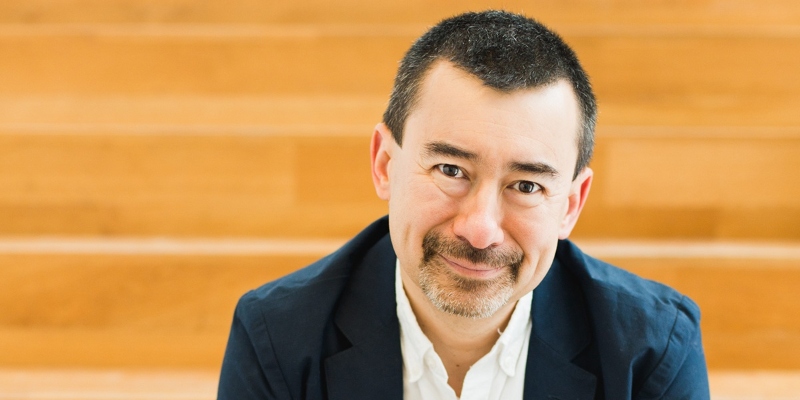 This week on First Draft, Peter Ho Davies joins Mitzi to discuss his book A Lie Someone Told You About Yourself, out now from Houghton Mifflin.

Mitzi Rapkin: The book opens with this text:

You mentioned that the first chapter of this novel began as a short story you wrote years ago. That story catapulted the rest of the book. There’s such a strong voice just in that paragraph. You use a lot of repetition in the language; it’s spare and simple language. There’s an idea embedded in that of randomness and chance, and that you don’t really know exactly what’s going to happen, but you know you’re going to be on a journey with this man. And there’s also a sort of distance that you see as you continue to read between the protagonist. It’s an omniscient sense. Can you talk a little bit about that style for the story?

Peter Ho Davies: Yeah, that’s a great question. It’s interesting because it’s an intimate piece, but it’s also told in the third person. There’s a kind of distance, and maybe a kind of effort to contain the intensity of the emotion through that simple language to the listing of various details. But at the same time, I hope—and I think I felt this as the writer, and I think it’s also true for the character—that that feeling, the tension of it, the intensity of it, is always waiting just below the surface to push through. So, you can sort of feel that tension pushing at the language as we move through the course of the piece.

But I did want that sort of stripped-down style. It extends, even for me, not just to the spareness of the language, but also the fact that this book is sort of composed in short, half-page to page-long vignettes, some even shorter than that. So there’s a lot of white space in between. It reminds me a little bit of poetry as you were mentioning that. But I think I was also trying to suggest in a way that this can’t be the whole story, right? There are always gaps, there are things left out. It’s very much a man’s or a father’s perspective on parenthood, and implicitly, I think, is acknowledging that the mother’s perspective, and to some degree, the child’s perspective too, can’t be included from that point of view. I’m hoping that it’ll encourage readers to maybe read between the lines a little bit and extrapolate into those spaces.

But also, I hope it will draw readers into the book to try and fill those gaps, to sort of think into some of those spaces. And populate the book, in a strange way. You know, the characters aren’t even named; they’re just the father and the mother and the boy. And there’s a way that I’m trying to go for a kind of universalism and everyman kind of quality, but maybe also to suggest there is a space here that we can as readers find ourselves in as well.

Mitzi Rapkin: One of the magical qualities of the book was that there is this distance you create. You don’t name the characters; you don’t know where they are exactly in the country. And you have this white space and the spareness, but through that it’s incredibly intimate and close to this person. It seems like it would be a paradox between the style and the content, but it’s not.

Peter Ho Davies: Yeah, and to some degree some of these choices feel intuitively right. That’s one of those that came to me fairly early. So probably the answer I would give, it’s not maybe the most insightful, but I suppose it felt like the only way I could write this. I sometimes joke about this with friends—as you can tell a little bit still from my accent, I was born and brought up in Britain even though I’ve lived in the US now for more than half my life. There’s some residual Britishness I think. There’s some negotiation between intimacy and reticence that I probably live with in daily life. But it’s also somehow in this work. It’s not in all of my work, but I think it’s somehow floating around in the background of this novel to say, I will be this frank up to this point but also reserve a little space of reticence or even deniability. It is one of the reasons why I’m interested in the way the book sort of hovers in that space between fiction and fact much of the time.

Peter Ho Davies is the critically acclaimed, award-winning author of The Fortunes and The Welsh Girl (long-listed for the Booker Prize). Chosen by Granta as one of the Best of Young British Novelists, he is on the faculty of the graduate program in creative writing at the University of Michigan. He lives in Ann Arbor, Michigan.

‘There Are No Slaveholders Here.’ A Letter from Frederick Douglass 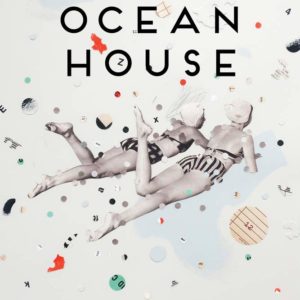 Oona wasn’t budging. Her father leaned down for a private conference away from the clutch of mothers on the playground....
© LitHub
Back to top