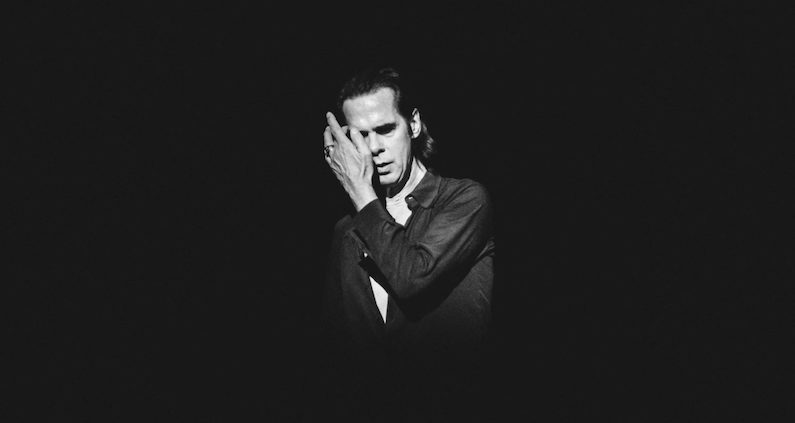 There are ballads, spiritual quests, and other treasures in Nick Cave’s favorite books.

Nick Cave is almost more of a synonym than a person, indicating someone who seems to have their hands in every imaginable endeavor. What is Nick Cave not? He’s a frontman, sure, but also a screenwriter, a film composer, an actor, and an author.

Even Cave’s first two books—King Ink (1988) and King Ink II (1997)—were eclectic, mixing lyrics, poems, plays, and an essay adapted from radio. Sometimes his screenplays want to be books instead, and so you get something like Cave’s second novel, The Death of Bunny Munro, about a door-to-door beauty product salesman.

I was one of the oddballs who became acquainted with Cave through his wonderful film scores for movies like The Road and The Assassination of Jesse James.

His attraction to a Cormac McCarthy adaptation made sense considering the explicit evocations of Old Testament imagery in much of his music. A real Cave fan will know that the Bible is fundamental to his artistry; in his foreword to a 1998 edition of The Gospel According to Mark (admittedly New Testament fare), Cave describes how the terrifying, violent stories in the Hebrew Bible appealed to “that part of me that railed and hissed and spat at the world.”

Cave has spoken often about how he isn’t a religious man, but still finds meaning in aspiring to some higher spiritual self. He’s mystical and mysterious, and his compilation of his 50 favorite books will appeal to anyone who studies his work.

On his fan correspondence website, Red Hand Files, Cave told one person that his personal library of more than 5,000 books currently resides at the Royal Danish Library in Copenhagen for a new exhibition on Cave himself.

Compiling a list of books from memory, Cave included some not-so-surprising picks, like the King James Version of the Bible and Flannery O’Connor’s story collection A Good Man Is Hard to Find. I could also see why he included Moby Dick (a book about an epic quest that showed amenability to religious diversity) and even The Collected Works of St. Teresa of Avila (the 16th-century Spanish noblewoman is a key figure of Christian mysticism).

There are many treats (recommendations?) to be found in Cave’s list. Take a look and see if you’ve read any.