Ali Tamaseb in Conversation with Andrew Keen on Keen On

In this episode, Andrew is joined by Ali Tamaseb, author of Super Founders, to discuss what really differentiates billion-dollar startups from the rest, as well as to reveal why nearly everything we thought about them is false.

Andrew Keen: Many of our viewers will, of course, be very familiar with The Social Network, the movie about startups, starring Jesse Eisenberg as a young Mark Zuckerberg at Harvard University, shoeless, looking for girlfriends online. Apparently, the movie was borrowed from Ben Mezrich’s 2009 book, The Accidental Billionaires. Is that movie entirely mythological when it comes to the typical founder?

Ali Tamaseb: I love that movie, by the way. It’s very well done, although it might not reflect on the reality of what Facebook was. But I think that movie, and a lot of other stories like that, the stories of Steve Jobs and the stories of Bill Gates, what makes itself to the popular lexicon of entrepreneurship makes people believe in certain ways—and even some people in the media and some journalists try to show stories like that. And that particular story there is a person, a founder who was an Ivy League student and dropped out in their junior year or freshman year to start a company and follow

AT: Correct. Correct. And turns out, that’s real and that exists, but that’s only 4 percent of all the billion-dollar companies that get started. So the other 96 percent are not like that. There are more PhD holders than dropouts. There are as many founders who had gone to schools that didn’t even rank in the top 100 as those that went on to top 10 schools. When you look at the data, it reveals a lot of insights about the other 96 percent. Or that basically, the famous stories—and we have a narrative bias; what we hear more commonly, we think that’s the reality, but it might be just a piece of reality. It might be 4 percent of the reality.

As a venture capitalist, I see a lot of companies and I see a lot of founders from different stages of their lives and different types of backgrounds, and I’ve seen many of these actually become successful as well, including some of my investments. And that’s where I thought, okay, there’s a difference between what I see in media or what has shaped my thoughts as a previous entrepreneur and what I see actually become successful. And that’s what prompted me to start collecting this data and see, is there actually something that data tells us about how these companies were different from the rest, from the ones that did not succeed?

Ali Tamaseb is a partner at DCVC, a highly reputable VC firm in Silicon Valley with over $2 billion under management and investments in over ten billion-dollar startups. He holds several leadership and board positions at companies across the U.S. and globally. Ali was an honoree of the British Alumni Award of 2018 by the British Council, and Imperial College President’s Medal for Outstanding Achievement. Ali and his work has been featured in BBC, TED, Guardian, Forbes, Fortune, Inc., The Telegraph, among others, and he has given talks and appeared on panels at major events and conferences. 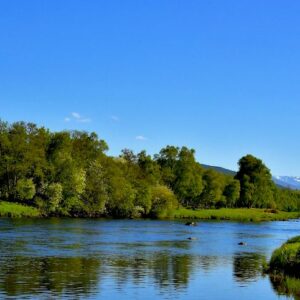 Again it is late and I am alone, listening to “Annan Water” on repeat. It’s a sad song, about a man trying to cross...
© LitHub
Back to top