On May 21, 1921, a 34-year-old Osage woman named Anna Brown disappeared from her home in Oklahoma. Like other members of the Osage Nation, she possessed a fortune. In the early 1870s, the Osage had been driven from their lands in Kansas onto a rocky, presumably worthless reservation in northeastern Oklahoma, only to discover, decades later, that this land was sitting above some of the largest oil deposits in the United States. To obtain that oil, prospectors had to pay the Osage for leases and royalties. In one year alone, the two thousand or so registered members of the Osage Nation took in more than $30 million, the equivalent today of more than $400 million. The Osage were considered the wealthiest people per capita in the world.

After Brown disappeared, her family searched everywhere for her. A week later, her body was found in a ravine. She had been shot in the back of the head. Soon after, Anna’s mother, Lizzie, died of suspected poisoning. Then Anna’s younger sister, Rita, and Rita’s husband were killed—their house blown up while they were sleeping. And it wasn’t only this family that was being targeted; other Osage were being systematically slaughtered for their oil money. Although the FBI solved a few of these murders, many were never properly investigated.

In 1991, Dennis McAuliffe Jr., an award-winning journalist and editor at the Washington Post, began to look into one of these suspicious deaths—that of his Osage grandmother, Sybil Bolton. Growing up, McAuliffe had known little about his grandmother, whom a local reporter had described as “one of the most beautiful girls ever reared” in Pawhuska, Oklahoma. In 1925, she was found dead, at the age of only twenty-one. McAuliffe had been told the cause was kidney disease, and so he believed until, one day, he stumbled upon evidence that this was a lie.

Drawing on his well-honed abilities as a reporter, he set out to uncover what really happened to her. He spent years tracking down lost relatives and searching through cluttered archives. His quest led him into an even deeper thicket of lies, one that cloaked the breadth of the Osage Reign of Terror.

Through his remarkable research and compassion, he has shed an essential light on this past. His exquisitely written account, The Deaths of Sybil Bolton, was first published in 1994, and now has thankfully been reprinted in this new edition by the Chicago Review Press. The work contains a moving autobiography along with a true whodunit. And it serves as powerful testimony—testimony of one of the most sinister crimes in American history, which for too long has been erased from official accounts, like the death of Sybil Bolton. McAuliffe has helped to imbed this history where it belongs—in our conscience. 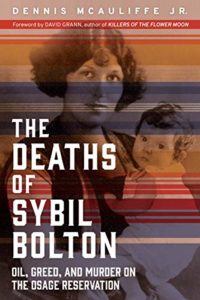 From The Deaths of Sybil Bolton by Dennis McAuliffe, with a foreword by David Grann. Used with the permission of Chicago Review Press. Copyright © 2020 by David Grann.

David Grann is a staff writer at The New Yorker and the best-selling author of The Lost City of Z, which was chosen as one of the best books of the year by The New York Times, The Washington Post, and other publications and has been translated into more than twenty-five languages. His work has garnered several honors for outstanding journalism, including a George Polk Award. 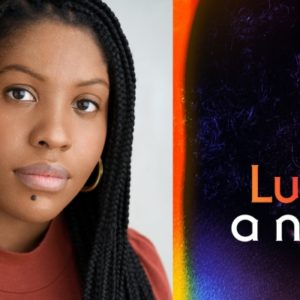 In the third installment of our series of interviews in partnership with the Miami Book Fair, Kendra talks to Raven Leilani,...
© LitHub
Back to top
Loading Comments...