‘The Wolves’
A Poem by Paisley Rekdal

From her Collection Nightingale

It was the week of asking. Asking
to watch her eat. Asking if she understood
the doctors’ questions. Asking her
to explain the difference again between
wanting to die right now
and dying later.
The tumor making certain answers
unquestionable. I watched her point
to the incense dish from which
someone swept all the ashes up. Asking
if she recognized us. Because that
is what the living want: thinking
it is a sign we have been loved.
But the answer was a summer
drive, a mountain, piles of leaves beneath which
a wolf slept, suckling her pups.
Some deaths are good
and it makes them hard to grieve.
She was, at times, in great pain. We wanted her
to die, too. That was important. But first
we wanted her to remember.
From the bed, a finger pressed
into its pile of leaves. Gray haunch,
unmovable ashes. I didn’t want to disturb
their tableau, she told us. And drifted off. And
we did not know the meaning behind this.
The wolves must have looked so comfortable
to her: wordless and in this wordlessness
perfect. Did she want to go there, too.
I could point to the image and say, my father
must be in there, my uncle. Or, the wolf
is you, you are still the mother,
as if necessary to name that self
at the end of its world. An animal cry,
memory. That was our selfishness.
As death was hers. She insisted upon it.
And why not. It was good for me
to get a chance to know you,
she said, who had known me
my entire life. Then the pills, a small
handful, crushed into juice.
She was happy then. We all were. Or
said we were. What
is the difference now. 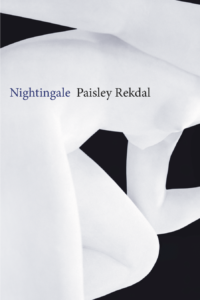 Paisley Rekdal is the author of ten books of poetry and nonfiction, including the forthcoming APPROPRIATE: A Provocation. A former recipient of Guggenheim and NEA fellowships, she is Distinguished Professor of English at the University of Utah and is the state’s poet laureate. She lives in Salt Lake City.
Share:

My White Whale Was a 50-Pound Fish in Martha's Vineyard 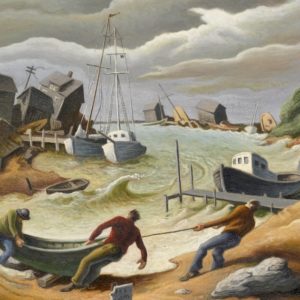 My White Whale Was a 50-Pound Fish in Martha's Vineyard In 2011, Greg Myerson, a fisherman from Branford, Connecticut, caught an 81-pound, 14-ounce striped bass. It set a new International...
© LitHub
Back to top
Loading Comments...