Good Witches Get Domesticated; Wicked Witches Are Made an Example

A coherent theme links The Wizard of Oz to Bewitched and beyond: the tension between the domestication of the witch figure as a result of male anxiety on the one hand and her liberating power on the other. Dorothy’s magical slippers are mainly meant to bring her home to dull Kansas; in that respect she falls into the same category as Glinda and it is thus no coincidence that the wicked witch and Dorothy have been construed as “polar opposites.” Jennifer, at the end of I Married a Witch, is portrayed as a knitting housewife, her loose hair contained in a tie. Her successor in Bell, Book and Candle has turned from a seductive femme fatale into a demure florist, dressed all in white. In Britain the theme was expressed in the figure of the vengeful witch who had escaped male authority, but in the USA it was primarily located in suburbia where a number of witches were attempting to run more or less normal households.

Samantha in Bewitched has made domesticity into a virtue, although she possesses an almost unlimited, godlike power; she is always capable of exercising her power (only on one occasion does she find herself out of practice, but the situation is remedied immediately). Her husband dislikes her practicing witchcraft at home, a concern that she basically agrees with, but there is always a chance to do a little twitching. Although it provides the necessary dramatic tension, it is also possible to see the curb on witchcraft in Bewitched purely within the logic of the show. The main unmentionable subject between Samantha and Darrin is not witchcraft but Samantha’s age. Given her history, she should be at least be a few hundred years old; her aunt Clara let it slip that Samantha was with her mother in Tibet when Clara was serving Queen Victoria, and there is also a suggestion that Samantha personally knew Shakespeare. Playing the housewife thus only occupies a very small period in her presumably immortal life. And then there are at least two reasons for downplaying witchcraft that may have been compelling. She may seem to have a large family but given the long timespan the witches in Bewitched have produced remarkably few offspring. Samantha has no siblings and only one cousin. Marrying a mortal is thus a sensible policy for perpetuating the bloodline. Another rationale for living with as little magic as possible is to be prepared for old age. Her experience of the frequent blunders of aunt Clara, whose magic more often fails than succeeds, may have convinced her to be prepared to live without witchcraft.

In the context of 1960s America, however, Bewitched does not so much celebrate domesticity as perpetually ridicule and undermine patriarchal order. Darrin’s boss Larry toadies to every client in sight but constantly bullies his main creative executive; over the course of the show his actions become less believable; the attentive viewer knows that Larry is too dependent on Darrin to actually fire him. Darrin is thus routinely the butt of criticism at work by his boss and at home by his mother-in-law. Samantha herself does not shy away from taking on male authorities, whether it is the city council which has to provide traffic lights, or a councilor with shady dealings, or a capitalist who wants to turn the park into a shopping mall. The director and actors associated the theme of hiding witchcraft from the outside world with the way many homosexuals had to hide their true identity.

On a different level, as befitted the 1960s, Bewitched was critical rather than supportive of current mores and rules. Whether this was also the case with Charmed has been the subject of some debate. Referred to by cast and crew as “Charlie’s Angels on Broomsticks,” Charmed is said to have celebrated femininity; it offered “possibilities for female pleasure and empowerment” and had a large female following, including among slightly older viewers than the target group. On closer inspection, however, the feminine sheen of Charmed is more superficial; perhaps less a sign of women’s political empowerment than of their subjection by turn-of-the-century consumerism. As one film critic remarked, the glamor in these shows “may well be both a sequined corset and a glittering prison.”

In the Charmed episode where Phoebe is transformed into Samantha, Phoebe’s loss of powers provides a counterpoint to the discussion between her sister Piper and her husband Leo about temporarily turning off (“binding”) the powers of their (as yet unborn) children so that they could grow up in a “normal” way and enjoy “the gift of innocence.” That goes much further than in the case of Samantha’s children. In Bewitched it first had to be established whether a child had magical powers or not and, if so, training was needed. Suppressing magic was not an option and although it would have accorded with Darrin’s wishes, Samantha and her mother never contemplated it. As a matter of fact, the ultimate transformation of Phoebe into the black-and-white knitting housewife is not so much a reference to Bewitched as to the end of I Married a Witch of the 1940s, although even in the latter film the message is undermined by the entrance of a child playing with a broomstick. Charmed may have led the occasional viewer to pursue more modern versions of witchcraft, but more often than not, the magic on offer was a simplistic solution for the twists of the plots.

How untouched the three sisters in Charmed were by the women’s liberation movement can be seen when the series is contrasted with the 1987 film The Witches of Eastwick, which in this respect differs markedly from the book it was based on. Three single women, Alex (Cher), Jane (Susan Sarandon), and Sukie (Michelle Pfeiffer), come to live together in a big mansion where they fight a demon. One is widowed, one divorced, and one abandoned. All have “creative” occupations. Instead of inviting boyfriends to join them and to create a semblance of “family life,” they throw out their demon lover Daryl van Horne (Jack Nicholson), with much more style than the combined expulsion of all the demons in Charmed. The three women move from being marginalized in their little town to the “landmark” place, the mansion of Eastwick’s founder, where they become mistresses of their own domain. Their magic is initially unconscious yet it influences nature itself.

The counterpoint to the demonic in The Witches of Eastwick is provided in the figure of Felicia (Veronica Cartwright), who personifies small-town, religious America. At the beginning of the film she is seen singing the American national anthem. She is the first to recognize the threat to their community. During a church service she rants about the sexual debauchery that is going on in their midst. Meanwhile the two male characters are stereotypes of their sex: a hypocritical “horny” schoolmaster and a spineless newspaper editor. The earlier scene in the church is mirrored when Van Horne delivers a speech, also in the church, about God’s mistake in creating women; he displays the same affliction as Felicia before him. It costs him dearly as he is now subject to the conscious power that the three witches exercise. For a mainstream American film such gender dynamics are radical, especially since everyone involved in the making of the film was male.

However, as in The Wizard of Oz only the good witches are shown as home makers. Are wicked witches beyond domestication? Or do they serve as warning examples to all women who resist male rule? One of the ways to counteract this is to protest against the image of the wicked witch and the refusal to make her more sexy. 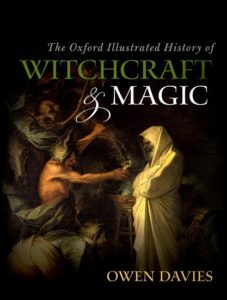 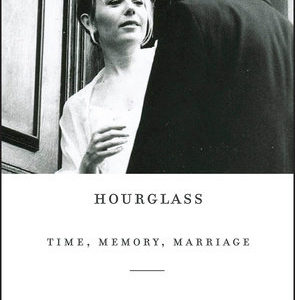 How did you meet? A favorite question among couples who are getting to know each other. Ask any longtime couple and they...
© LitHub
Back to top
Loading Comments...