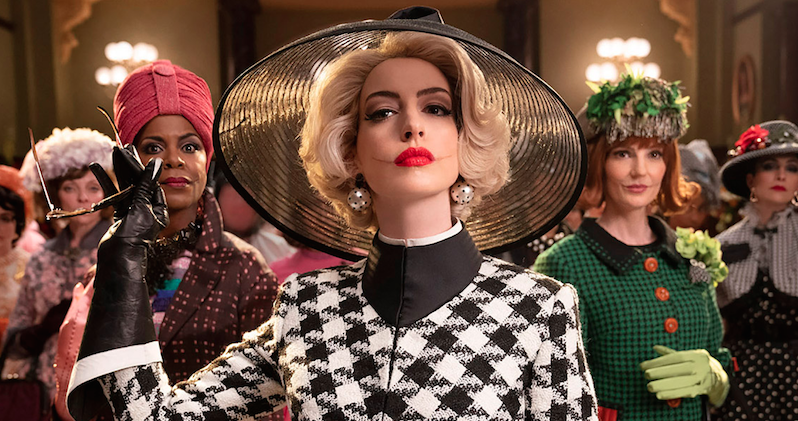 The Witches looks just as zany as any late-1990s Disney Halloween movie.

It would be difficult to dethrone Anjelica Huston as Campy Horror Flick Queen, but Anne Hathaway is giving it a shot in the upcoming film adaptation of Roald Dahl’s 1983 children’s novel, The Witches.

The original tale was about a young British boy and his grandmother who confront a coven of witches, led by the Grand High Witch (a role Anjelica Huston originated in the popular 1990 version, but played by Hathaway in the new movie).

In the 2020 adaptation, the witches hate kids and naturally plot to turn them into mice so that they can be exterminated at the orders of a hotel manager played by Stanley Tucci. (This character seems as oblivious as Caesar Flickerman).

As far as children’s stories go, the premise of The Witches is pretty dark. The book has been called one of the most simultaneously beloved and controversial books for kids in the last quarter of the 20th century, at least in the Anglophone world.

The movie, which will start streaming on HBO Max on October 22nd, looks delightfully silly. I see Anne Hathaway as less of a White Queen in this one, more of a Halloweentown-esque Cromwell witch.

Sucks that trick-or-treating won’t be the same this year. Halloween movies it is, then.