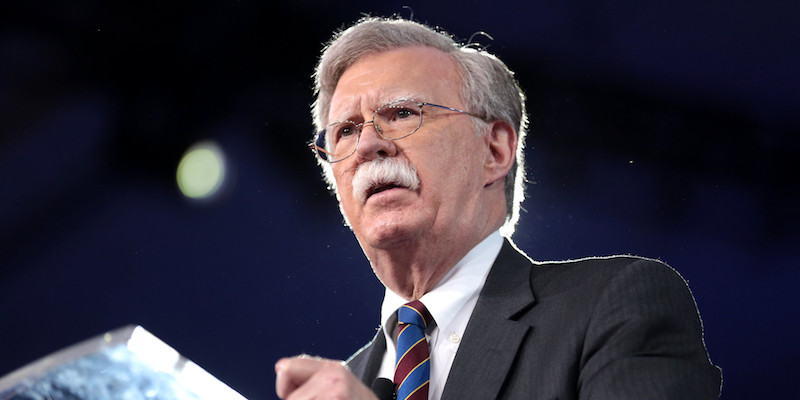 Apparently, the White House turned the routine review process for Bolton’s book into a huge mess.

When John Bolton was preparing to publish The Room Where It Happened, his memoir of serving in the Trump White House, he and his legal team took the routine step of submitting it for review at the National Security Council. It was Ellen Knight’s job to oversee that process, as she had done before for others who wrote about their government work after leaving it, and to determine that the final manuscript did not contain classified information.

But this time, what should have been a straightforward review turned into a politicized mess, according to the letter that Knight’s attorneys submitted this week in the government’s ongoing lawsuit against Bolton. The 18-page-letter details the series of power plays that, by Knight’s description, defined the White House’s approach to Bolton and its decision to sue him—mainly because, she says, “the most powerful man in the world said that it needed to happen.”

The original manuscript contained a lot of classified information. “Upon the first reading, it was apparent to Ms. Knight that the manuscript contained voluminous amounts of classified information and that it would take a significant effort to put it into publishable shape. The ensuing review ultimately became the most intensive prepublication review process in recent memory at the NSC.” The result was “a four-month process of regular, intensive and occasionally spirited consultation between Ambassador Bolton and Ms. Knight’s team.”

Trump appointees at the National Security Council were very concerned about leaks. “On several occasions, the political appointees in NSC Legal asked her to read draft correspondence over the telephone rather than sending the drafts over email for their evaluation. On another occasion, the then Deputy NSC Legal Advisor Ellis expressed NSC concern that others might be able to read the Bolton manuscript on the records management system and possibly leak its content, and he had her ascertain with the information technology staff whether they could monitor and identify anyone who accessed and printed the manuscript. These interactions with NSC Legal in the course of a prepublication review were unprecedented in her experience.”

They still claimed the manuscript contained classified information after Knight had cleared it. In April, Knight’s team finished the review, having settled on a draft that contained no classified information, and were ready to notify Bolton; she was instructed to hold off. Then, in early June, NSC Legal Advisor John Eisenberg asked Knight to look over a letter he was planning to send to Bolton’s attorney, noting that “the current draft manuscript still contains classified material.” At that point, Knight asserts, that was no longer true.

A secretive, second review of the book happened after Knight’s review without her knowledge. National Security Advisor Robert O’Brien asked Michael Ellis, a Trump appointee “with no previous classification authority experience,” to do the review, and he proceeded to review the manuscript according to a completely different set of standards than the usual process.

Eventually, Knight was under pressure to sign a document saying that her team’s review had been flawed. “Over the course of five days and a total of 18 hours of meetings, a rotating cast of Justice Department and White House attorneys tried to persuade Ms. Knight to sign a declaration they wanted to file with their lawsuit against Ambassador Bolton.” She didn’t sign.

Trump wanted to sue Bolton. “When Ms. Knight speculated that this litigation was happening ‘because the most powerful man in the world said that it needed to happen,’ several [attorneys] registered their agreement with that diagnosis of the situation.”