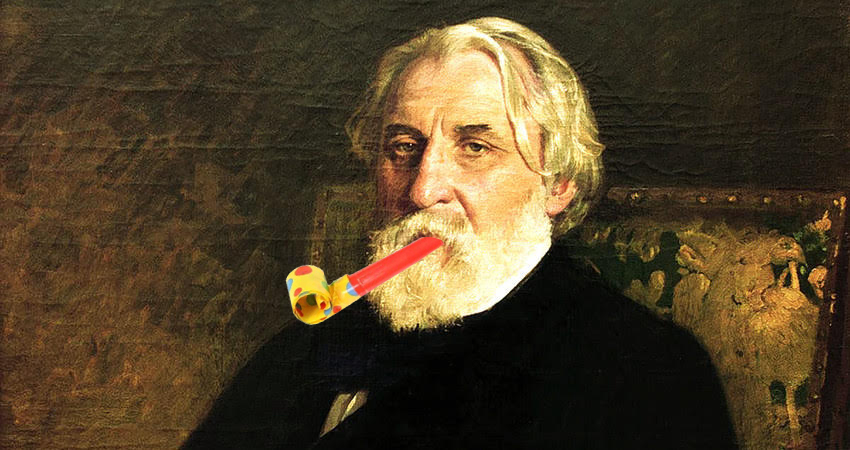 On the Foibles of Genius, From Tolstoy to Akhmatova

The private lives and personal habits of the great Russian writers are fascinating to me. They are held up as these great geniuses with their lofty thoughts and doorstop novels. But it turns out they are just like us. Tolstoy had to eat boiled pears to ease his digestive troubles. Bulgakov was obsessed with having enough pairs of socks. And Chekhov made his own creosote vapor inhalations. (OK, not everyone does this. But we all have weird cures we inflict on ourselves when we’re ill. Right?) By knowing how odd—and how ordinary—these writers were, we can feel closer to them and, more importantly, to their work, so often wrongly characterized as inaccessible. 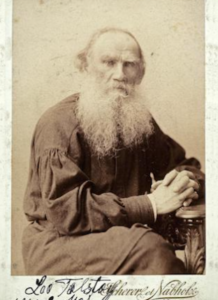 There were in fact many aspects of Tolstoy’s life that we would think of as modern or even millennial. His diet was a model of clean eating. He was a strict vegetarian who described the act of eating animals as “immoral.” He converted to vegetarianism in the mid 1880s when he was in his fifties, eventually developing a series of egg dishes that he liked to eat on rotation. Occasionally, to break up the succession of egg-based protein, he would eat his main non-egg favorite, beans and brussels sprouts. Once a year he would allow himself a slice of lemon pie.

Tolstoy was a proponent of what we would now call mindfulness and even wrote a self-help book (A Calendar of Wisdom) that reads like a compendium from the Oprah Winfrey bible itself, O, The Oprah Magazine (I mean this as a compliment). And he was a fan of Vivekananda, the Indian monk who is generally credited with bringing yoga to the West. Tolstoy once wrote, “Since six in the morning, I have been thinking of Vivekananda. It is doubtful if in this age man has ever risen above this selfless, spiritual meditation.” There is no evidence that Tolstoy himself practiced yoga, but he must have known of Vivekananda’s thoughts on the practice. I like to think that it was only the eggs that stood in his way. No one wants to experience the consequences of that dietary choice during downward dog. 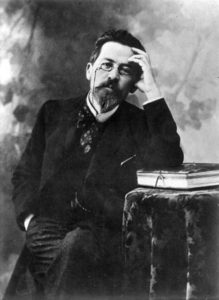 When I first heard the expression “FOMO” (Fear of Missing Out), I immediately thought of Chekhov. He based his entire life’s philosophy on questioning our obsession with comparing ourselves to others, imagining how richer our lives would be if only we had taken a different path and daydreaming about how someone somewhere else must have it better than we do.

This quality is summed in the refrain of “Moscow! Moscow! Moscow!” in Three Sisters, where the protagonists constantly hunger for life in a city they can barely remember and are completely unable to see that the good life they are actually missing out on is the life that is going on around them. Sadly, Chekhov had plenty of time to feel #FOMO himself as he spent most of the last six years of his life suffering from hemorrhages caused by tuberculosis. The best thing for his condition was to live in Yalta (a place he called “hot Siberia”) where he was separated from his beloved wife Olga who most of the time was—you guessed it—in Moscow. Bad times. 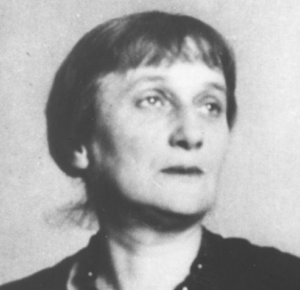 Russia’s great poet of the 20th century Anna Akhmatova endured unimaginable personal hardship to survive the Stalin era and continue writing. This culminated in the masterpiece “Requiem,” a cycle of poems dedicated to the women who spent their lives waiting in line outside prisons and camps waiting for news of their loved ones. Akhmatova had very little money (as she was not allowed to work officially as a writer) and was constantly under surveillance. Despite this, she conducted herself sartorially like Norma Desmond in Sunset Boulevard, wearing pre-revolutionary embroidered black silk dressing gowns to poetry readings in the late 1930s. (The critic Vitaly Vilenkin noted: “The silk was in places quite threadbare.”)

Despite a life that would depress the most optimistic of people, Akhmatova also had a knack for cultivating close friendships with people with an excellent sense of humor. When she and her friend Nadezhda Mandelstam were living in semi-exile in Tashkent, they realized the NKVD had “visited” their apartment while they were out. A lipstick had been left out on a table, next to a mirror moved from another room. Nadezhda Mandelstam sniffed in her diary that she and Akhmatova knew the lipstick couldn’t be theirs because it was “of a revoltingly loud shade.” Anyone who can be bitchy about an NKVD agent’s taste in lipstick at a time of great distress and personal danger is a friend of mine. 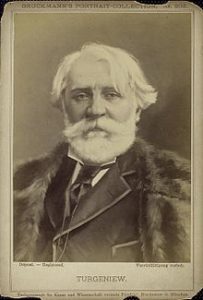 The author of Fathers and Sons and A Month in the Country was easily the most colorful and hedonistic figure in Russian literary history. He had a longtime mistress who was an opera singer he followed around Europe. He was grumpy, volatile, and camp. He threw an inkwell at his mistress when she annoyed him and told the actress Sarah Bernhardt that she reminded him of a toad. One time, when he forgot to turn up to a tea party he wrote in his letter of apology that he couldn’t come because his thumbs were too small.

He had a love-hate friendship with Tolstoy. When they were on good terms he was well-known amongst Tolstoy’s children for being the fun uncle. He would entertain them by dancing jigs for them and by impersonating a chicken whilst he was eating soup. (I say this but I am also in the throes of a violent argument with the Russian translator of my book about whether Turgenev was impersonating the chicken whilst he was eating the soup or whether he liked to do impressions of soup-eating chickens. Either way, Turgenev could be fun.) When he got ill, he went one better than Chekhov’s creosote concoction and attempted to cure himself of cancer of the spinal cord by drinking “nine or ten glasses of milk” a day. That, my friends, is optimism. (It didn’t work.) 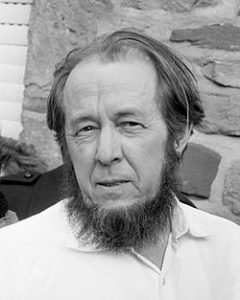 Of all the great Russian writers, Solzhenitsyn, author of The Gulag Archipelago, is perhaps the one most profoundly bound by habit. I like to think of him as the life coach from hell. The New York Times once described him as a figure of “almost biblical severity” and that’s Solzhenitsyn on a good day. Whenever I think of him I think of Sheryl Crow’s “All I Wanna Do” and the lyric “I wonder if he’s ever had a day of fun in his whole life.” As far as I can work out, it was normal for Solzhenitsyn to spend up to 18 hours a day working on his writing and research. Legend has it that he never once answered a ringing telephone. This was a duty for others, such as your wife. (Goals!) His wife once said, “He hasn’t left the house for five years. He’s missing a vertebra . . . But every day he sits and works.” Think about that. He is missing a vertebra. But every day he sits and works.

There is one story about him cutting loose. When the writer Lydia Chukovskaya was interviewed about her friendship with Solzhenitsyn in the early 1970s, she talked about how they kept similar writing hours (poor woman) and how he would be anxious not to disturb her. He would leave notes on the fridge that said things like, “If you are free at nine, let’s listen to the radio together.” See? He did know how to party after all.

Viv Groskop is a journalist, author, cultural critic, and comedian. A graduate of Cambridge University and the University College London School of Slavonic and East European Studies, she is a regular contributor to The Guardian, The Observer, and the Mail on Sunday and has written for many other publications. She is the author of The Anna Karenina Fix. 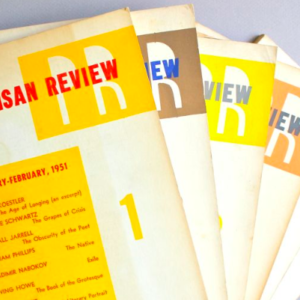