This week in literary film and television news, incendiary female characters rose to the top. Or sank to the bottom, depending on how you see it (all of them are dead now). Either way, this week we had news of big and small screen adaptations of books about Typhoid Mary, Ingrid Bergman, Colette, and Grace Marks—the latter in a female-directed and produced adaptation of a Margaret Atwood novel to boot. Plus, your weekly doses of Stephen King and Neil Gaiman adaptation news, a combination of The Odyssey and the story of Eurydice, a television adaptation of The Leopard, and the trailer for you-know-what. You do know what, don’t you? How will you ever win the throne if you don’t?

Elisabeth Moss will be starring in and executive producing a BBC America series based on Mary Beth Keane’s Fever, a novel about Mary Mallon, otherwise known as Typhoid Mary. It was Moss who first acquired the rights to the book from Keane, and she recently got BBC America, as well as Annapurna Television, on board. “I look forward to telling this story about one of the most infamous women in America,” Moss said in a statement. “[Mallon is] a woman whose true tale has never been told. She was an immigrant in turn of the century New York, a time of huge change and progress in America. She was incredibly unique, stubborn, ambitious and in fierce denial of any wrongdoing until her death where she lived out her days imprisoned on an island just off the Bronx in NY. She is incredibly complicated, something I seem to enjoy playing.” Indeed. Will Typhoid Mary have an octopus painting? Just wondering.

Blake Lively will executive produce and star in The Husband’s Secret, an adaptation of Liane Moriarty‘s 2013 novel of the same name. If the secrets are anything like the secrets in Big Little Lies, we’ll all have some fun.

A group of filmmakers are crowdfunding a documentary chronicling the making of the classic 1990 miniseries adaptation of the Stephen King novel IT—timed, one must imagine, to capitalize on the excitement around the new film adaptation. Hey, they’re not fooling around. Pennywise: The Story of IT will include interviews with cast and crew, and over two hours of never-before-seen footage, but most importantly, according to the project’s Indiegogo page, Tim Curry is involved. Anything for Tim Curry! Even clowns.

At Cannes, Global Genesis Group acquired worldwide distribution rights to Federico Alotto’s Ulysses: A Dark Journey, described as “a modern adaptation of Homer‘s Odyssey ​mixed with​ the legend of Eurydice.” Which are . . . both pretty old stories about journeys, I guess? Well, we’ll just have to see how that works out. Danny Glover is in it, so there’s some reason for hope. Just don’t look back.

Colette, the Wash Westmoreland-directed biopic about Gabrielle Sidonie Colette—which will star Keira Knightley as Colette and Dominic West as her husband Willy—starts shooting this week, and has added Denise Gough, Fiona Shaw, Robert Pugh and Rebecca Root to its cast. But more importantly, since this is the first I’m hearing of it: someone cast Keira Knightley as Colette? That seems completely ill-conceived to me—Knightley is much too delicate and sharp-elbowed (and dare I say, too prim) to play the overflowing ur-badass Colette.

Italian production company Indiana Production has acquired rights to Giuseppe Tomasi di Lampedusa‘s posthumous 1958 novel The Leopard, and will be developing it into an English-language television series. “It will be a saga that retells the story of a country during its most profound changes, which involved the whole of Europe,” said Indiana Production’s Fabrizio Donvito in a statement. “As the novel so clearly says: ‘Everything needs to change, so everything can stay the same.’ I can’t think of a more contemporary phrase to describe the times we currently live in.” Lush historical dramas aren’t exactly where I go for television that describes our current times—Downton Abbey might as well be titled 50 Minute Escape Hatch—but whatever.

Not to be outdone by Hulu (though still probably to be outdone by Hulu), Netflix is soon to release its own adaptation of a Margaret Atwood novel: Alias Grace. This one is a work of historical fiction about a famous pair of 1843 murders—and the woman locked up for 30 years and later exonerated—and will star Anna Paquin and Sarah Gadon. Sarah Polley produces and Mary Harron directs.

Here are some teaser trailers for the adaptation of Neil Gaiman‘s How to Talk to Girls at Parties, in which Nicole Kidman is inexplicably playing Jareth, the Goblin King.

And finally, you know what’s coming: the first trailer for season seven of Game of Thrones, featuring a number of people I had assumed would have been super dead by now—I guess some of them used to be dead? (Way to crib from Buffy, George R.R. Martin.) The trailer, by the way, was viewed 61 million times in the first day of its existence, which, according to Deadline, is “the most distributed views for a TV show trailer ever in a 24-hour period.”

Words Can Erase and Distort: An Interview with Madeleine Thien 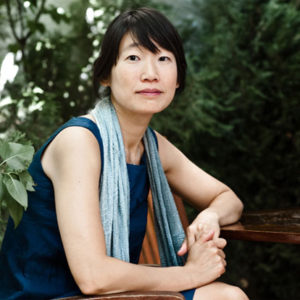 Words Can Erase and Distort: An Interview with Madeleine Thien

Madeleine Thien is the internationally renowned author of four books of fiction, including the short story collection Simple...
© LitHub
Back to top