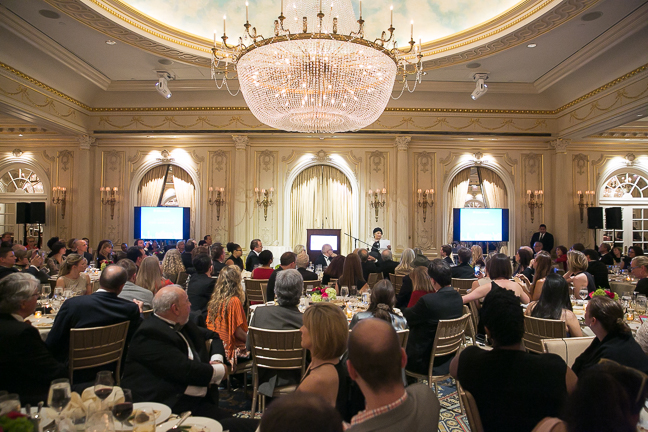 “Take a right at the second chandelier,” a man told me as I walked into the Essex House just off Central Park. The hallway had a long row of iridescent, crystal-tiered chandeliers, and at the second one I turned right into the Author’s Guild Annual Gala. Tonight they were honoring Toni Morrison and James Patterson for their distinctive and distinguished contributions to American literature. I got a glass of wine and perused the silent auction. Up for grabs was a manuscript evaluation by Peter Gethers of Knopf and a personal appearance by Jennifer Egan at your book club. These both went for upwards of eight hundred dollars; my book club remains without celebrity.

I met Paul Holdengraber, director of the New York Public Library’s Public Programming, who told me about an upcoming event he was having with Mike Tyson at the King’s Theater, of which he extolled the beauty. Dana Schwartz had just flown in from Chicago, doing press for her new book And We’re Off, and I asked her if she had a favorite Toni Morrison or James Patterson novel. She said Song of Solomon was brilliant, but everyone would say that (they did), and so she brought up that when she was younger, she loved James Patterson’s Maximum Ride.

We all moved into the dining hall, a grandiose room with yet more chandeliers and many vases of vibrant flowers. I sat next to novelist Katherine Howe, who told me she’s taught Beloved numerous times before handing me her business card, which said “specialist in witchcraft, scrying, ghosts, and piracy.” She revealed she’s descended from three witches of Salem. “I feel like I’m a booster for Salem,” she said, before advising me to go in the fall for the most beautiful, sorcerous time. Take note, witchcraft enthusiasts!

James Gleick, the president of Author’s Guild, took the stage and told us, “We don’t have to mourn for books just yet. We’re all pretty sure that books are going to be kind of, sort of, alright—maybe. . .” Hear, hear. CJ Lyons shared that her mother was an independent bookseller for years (amid exuberant cheers from the audience); she considered her bookstore to be a de facto babysitter, where she’d go on snow days or if she missed the bus after school. “I missed the bus a lot.” Robert Gottlieb introduced Toni Morrison. “We’re not here to celebrate her writing, we’re here to celebrate her contribution to the literary world, but let’s face it: her writing is the elephant in the room. It’s her greatest contribution.” Toni Morrison said of her longtime editor: “He is aggressive about commas. He doesn’t understand commas are for pauses. . . We have come to an understanding but it’s still a fight.” This thrilled all of us who have fought over punctuation with potency before (it’s a room full of writers and editors). There was a nice moment when Mary Rasenberger asked all the authors in the room to stand up so the other attendees could applaud them.

Robert Barnett introduced James Patterson, rattling off a number of astounding efforts: his philanthropy comes in at about $50 million, and he wrote 2,500 pages last year—of simply outlines. Patterson then took the stage and said he had been recognized the other day. . . from his guest appearance on the TV show Castle. He proceeded to give a speech in character, narrating his walk to the dungeon to unlock his many writers. “Wakey, wakey, my minions! Novel a week, novel a week. And don’t forget my speech for tonight: something eloquent and humble. Those bastards have me following Toni Morrison.” Who knew how funny and self-deprecating James Patterson could be? I was won over. Jarry Lee agreed with me after the ceremony, saying she was much more of a fan now. I asked if she was staying for the afterparty, and she said she wanted to go home and put on a sheet mask. I find this to be a very solid excuse, as I had put my sheet mask on before the event (but she stayed anyway).

Lauren Cerand and I gleefully noticed we were wearing the same lipstick (the newest HiWildflower in Dianthus), and Chelsea Hodson—wearing a most beautiful orangey-red dress with a bow in the back and a shoestring choker—took a picture of us. I talked to Glory Edim, aka Well-Read Black Girl, about the plight of getting people to read literary journals. We retired to the hotel bar for the afterparty, where champagne and red wine appeared. Lauren held the champagne aloft, asking each of us, “Do you want some sparkles?” Needless to say, we did. 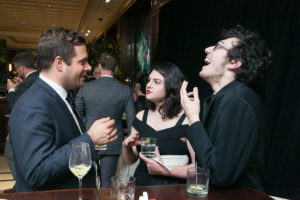 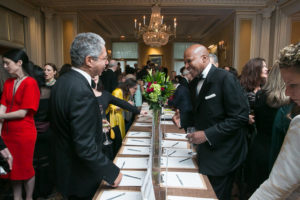 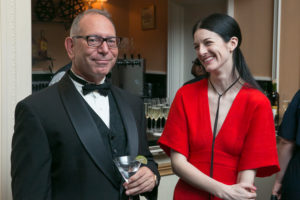 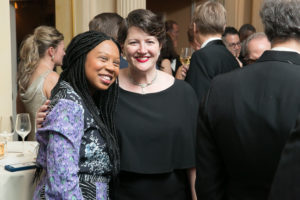 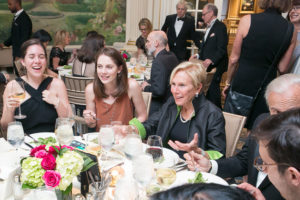 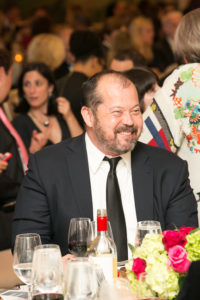 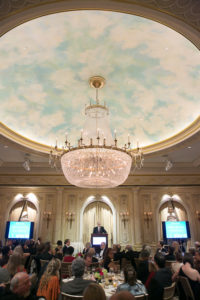 One of the many aforementioned chandeliers 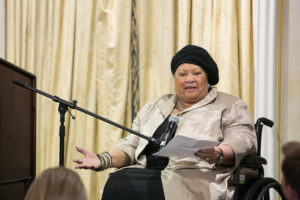 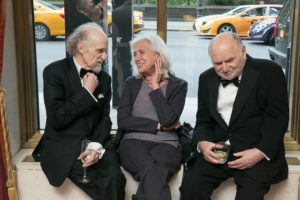 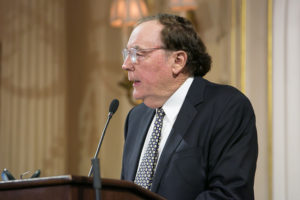 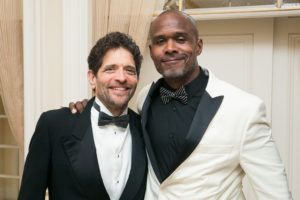 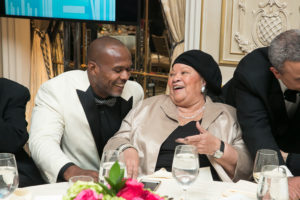 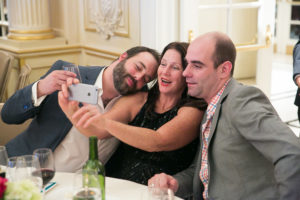 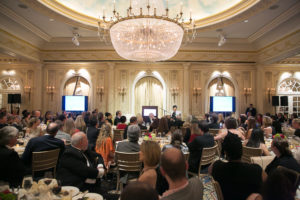 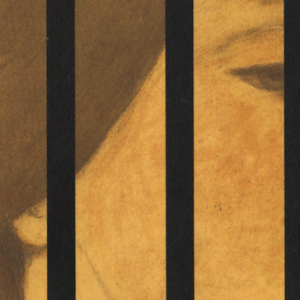 This week in literary film and television news, incendiary female characters rose to the top. Or sank to the bottom, depending...
© LitHub
Back to top
Loading Comments...