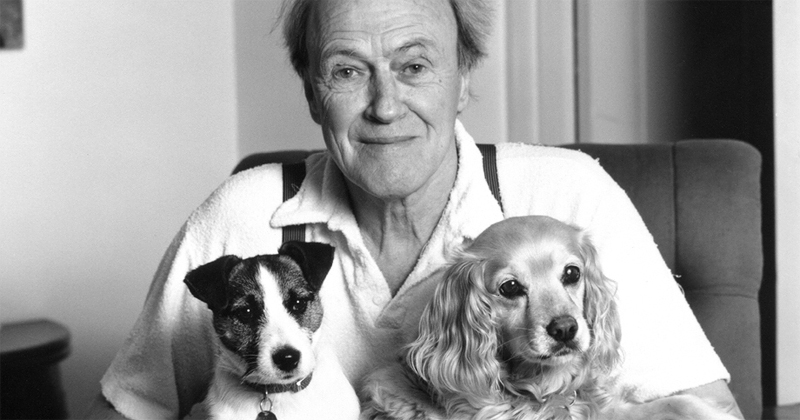 This week in literary film and television news was all about possibilities—books getting picked up for adaptation before they’ve even been published, second seasons getting planned by producers looking to transcend the literary source material, a new writing project for Kevin Kwan, and insight into the life of Roald Dahl’s wife, who, as you may not have known (I didn’t), once won an Oscar for best actress. Read on for insight into your future—or at least the future of what you’ll be watching.

The week in literary film and tv news, in brief:

Now, this could be good: a film adaptation of Flannery O’Connor’s “A Good Man Is Hard To Find” is coming our way from Michael Rooker (The Walking Dead, Guardians of the Galaxy) and John McNaughton. From a script written by the same dude who wrote The Passion of the Christ. Not sure what that means, but I’m excited to find out.

Looks like Donnybrook, Frank Bill’s bonkers 2013 novel about bare-knuckle boxing, has been fully financed by Parisian company Backup Media and will start shooting this August. Tim Sutton will direct, with Rumble Films to produce.

Patrick Ness, author of Chaos Walking, will be co-writing the script—with John Lee Hancock and Charlie Kaufman (!)—for the film adaptation of the book, which will star Daisy Ridley and Tom Holland.

There’s a new, untitled biopic about Roald Dahl and his wife, the actress Patricia Neal, in the works, starring none other than the 7th Earl of Grantham—er, Hugh Bonneville—as Dahl. Variety describes the film, which is based on Stephen Michael Shearer’s biography of Neal, An Unquiet Life, as “a bittersweet, comedic story . . . [moving] between New York, England and Los Angeles in the early 1960s, a time when Dahl struggled to write some of his most famous works and Neal returned to acting with Hud, for which she won the best actress Oscar.” “Personally, I can’t imagine anyone better than Hugh Bonneville to give the ambivalent nature of Roald Dahl’s life,” producer Elliot Jenkins told Variety. “He was such a man of wounded parts below his polished veneer of self-confidence.”

Cynthia Swanson’s romance novel The Bookseller will be adapted into a film—Julia Roberts is already attached to produce and star.

The film adaptation of bestselling French crime novel Alex, by Pierre Lemaitre, will be directed by Louis Leterrier. “I’ve done big Hollywood action movies and comedies and this was not a genre I was looking for, but the tone is so interesting and it plays against the typical female protagonist trope,” Leterrier told Deadline. “It’s edgy and kinetic and it has taken me four years to get to this point. It could be the French Girl With The Dragon Tattoo, but is also reminiscent of Chan-wook Park movies like Oldboy in the unexpected twists and turns. Benedict and Daniel will take it to Cannes, we’ll find the actor and actress and off we go. This is my passion project.”

André Holland, of Moonlight fame, has been cast as the lead role in Hulu’s Castle Rock, a new show from J.J. Abrams and Stephen King “set in the King multiverse.” I want to tell King to cool it, but Holland is so good that I will refrain, this time.

Oh wait, though, because another King project, Mr. Mercedes, just got a summer release date—coming to you August 9th on Audience Network. You know what I’m going to say next.

Sure, some people have to wait years (or lifetimes, or maybe they’re still waiting in the afterlife) to see their books adapted into films. Others get movie deals before their books even come out. M.A. Bennett‘s as-yet-unreleased debut YA novel S.T.A.G.S.—which has apparently been described as both “a tonal mix of Battle Royale and Get Out” and “part Hunger Games, part Looking for Alaska“—has been picked up for adaptation by Fox 2000 and Chernin Entertainment. The book is slated to hit shelves in the US in 2018.

American Gods has been renewed for a second season, of course. Neil Gaiman can do no wrong.

Oh look, here’s another straight-to-screen book deal. 20th Century Fox and New Regency have acquired the rights to the next novel by Andy Weir, author of The Martian. The book, entitled Artemis, will be released in November. “I’m really excited about Artemis,” Weir said. “I got to do the science-dork stuff I love, but this time with a much more complex and character-driven plot. It’s a big stretch for me, but I think it came out well. Hopefully the readers will agree.”

On Instagram, Reese Witherspoon seems to be hinting at a second season of Big Little Lies—despite the fact that there’s no second novel by Liane Moriarty to adapt, and things seem to have been tied up pretty neatly already. Not that it matters, I suppose. Just ask George R.R. Martin—or actually, David Benioff. It’s he and D.B. Weiss who write that story now.

OR ask the producers of 13 Reasons Why, adapted from the novel by Jay Asher, which was recently renewed for a second season, despite (and because of) the controversy it has inspired.

And speaking of GRRM, his novella Nightflyers has been picked up by Syfy.

Kevin Kwan, author of Crazy Rich Asians, has sold a new untitled scripted series to STXtv. “With the final book coming out, loyal readers have already been asking, ‘What’s next?'” Kwan said in a release. “There’s no better home than STXtv for my next act. We can’t wait to take my fans and a whole new audience into an extraordinary world they’ve never seen before.”

Shattered, the new book about Hillary Clinton’s campaign by Jonathan Allen and Amie Parne, which has gotten very mixed reviews, has been optioned by TriStar Television. I don’t know when it won’t be too soon for a TV show about this, but we shall see.

Look, another Stephen King adaptation—this time, it’s The Mist (again), which will premiere on June 22: 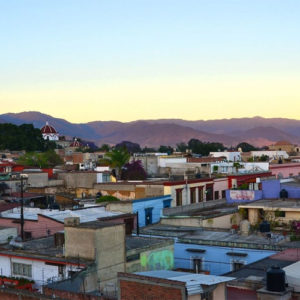 On our first night in Mexico, at the 30-dollar-per-night Hotel Canada just off the Zócalo in Mexico City, Jorge dreams he’s...
© LitHub
Back to top