This week in literary film and television news, pickings were a little slim. Perhaps it’s because the world is ending! But actually, Hollywood has never really noticed the world ending—unless Will Smith is there—and so this week did indeed bring us a few goodies, like a handful of casting announcements, the usual helping of Stephen King, and one great trailer: that’s right, we are inching ever closer to binge-watching Jill Soloway’s adaptation of I Love Dick. Not to mention the third season of The Magicians, which has been getting better and better. Plus, our very favorite literary horror writer/possible witch is getting the Netflix mini-series she so richly deserves.

In a not-at-all-surprising move, Syfy has renewed Lev Grossman‘s The Magicians for a third season. Considering how good the first season was and how much better the second has been than that, hopes are high. #newbuffy?

Benedict Cumberbatch is in talks to play Christian Gerhartsreiter, the man who tricked his way onto Wall Street and into a marriage by claiming to be a Rockefeller. The film is an adaptation of Mark Seal‘s 2011 book on Gerhartsreiter, entitled The Man in the Rockefeller Suit. Which would be a seriously impressive con for an otter.

The Young Pope isn’t half as magical as The Young Dumbledore—but he’s equally likely to be surrounded by strange creatures.

Since a week can’t actually go by without there being more Stephen King adaptation news, please see the new trailer for Spike’s adaptation of his novella The Mist, premiering June 22nd.

After the commercial success of the film adaptation of her book Hidden Figures, Margot Lee Shetterly has gotten a new two-book deal from Viking, to “examine the idea of the American Dream and its legacy by excavating stories of other ‘hidden figures,’ extraordinary ordinary African-Americans whose contributions to American history have, for one reason or another, been untold, unseen, or overlooked.”

Ron Howard, direct lifestyle opposite of J.D. Vance, has purchased the film rights to Hillbilly Elegy at auction.

Think haunted houses are like, totally over? Not yet. Netflix has ordered a ten-episode “modern re-imagining of Shirley Jackson’s classic 1959 novel, The Haunting of Hill House,” one of the finest literary ghost stories of all time.

Casting has been announced for the BBC One’s adaptation of Jessie Burton‘s The Miniaturist. Anya Taylor-Joy, Romola Garai and Alex Hassell will star. “The assembled cast is perfect to the vision I had in my mind’s eye in every way,” Burton said in the release.

PS: here’s a new trailer for Jill Soloway’s adaptation of Chris Kraus‘s I Love Dick, which will finally be available for streaming on May 12. Watch and become uncomfortably excited:

On Surrealist Gertrude Abercrombie, Queen of the Bohemian Artists 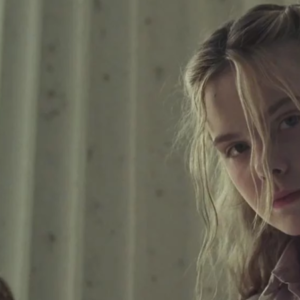 Yesterday, Cannes announced their official 2017 lineup, a collection of international films from both established and new directors....
© LitHub
Back to top