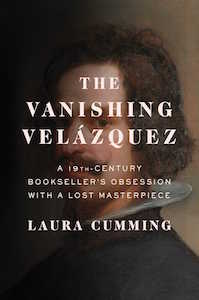 Reading in 1845 was a close-knit town and John Snare was right at its heart. His business was at the very point where the main roads converged—King Street, Gun Street, Yield Hall Lane and Cheapside, redolent of Shakespeare’s London—in a little nexus of cobbles and diamond-pane shop fronts. The streets were narrow and the lives tightly interwoven; nobody moved far from home. Snare’s parents lived in the next street, where his sister married a grocer, and his brother ran the hardware business five doors up at number 21. His bookshop was opposite Simonds Bank and hard by the George Hotel, the market and the stables where the stagecoaches changed horses and many travelers came to buy the papers, which Snare sold, with their dense columns of local news, moral urging and gossip. There can hardly have been a citizen of the town who did not pass through his shop at some stage to buy stationery or books, to have their funeral cards and wedding invitations rolled through the presses, or just to get paper and string. People often dropped in, it was said, for the conversation. At Snare’s you could see the latest prints, hear the latest news.

Yet the portrait of Prince Charles entered this tight little world silently, to begin with. Snare somehow managed to keep it secret and out of sight in the back room, as he struggled to grasp precisely what he had bought. Although the bookseller spent his hard-won leisure looking at art wherever he could, all the knowledge in the world couldn’t begin to help unless he could actually see what he was looking at.

All old pictures, and even quite young ones, are affected by the universal dirt of ages: log fires, tobacco smoke, the human sneeze, the slightest breath, oxidization, pollution, copious use of bitumen in the priming that eventually drags them into blackness, excessive use of varnish that turns the surface bleary and yellow. Paintings fade, colors change, blue dwindles to grey, green blanches to white, leaving curious blanks on the canvas. Red underdrawing starts to show through, taking over the scene; blue skies become overcast. For a painting to show no signs of age or any other form of degradation over time would be quite abnormal. Snare had bought his portrait in “country-house condition,” as it is picturesquely known—that is to say, neither cleaned nor restored; even today auctioneers may not tamper very much with a picture in this state in case it removes some of the mystery and allure. In fact he had hit upon the most expedient of cleaning agents when he dragged his wet finger across the canvas, creating a short-lived window of transparent brilliance before the spittle dried. But in hindsight he was appalled to have done so, considering the fragility of the surface. Canvas reacts to pressure, quivering and bouncing ever so slightly like the skin of a drum, and if the paint is as thin and fine as a Velázquez, the warp and weft may be palpable beneath one’s fingertips, an irresistible reminder that the image is transmitted on and through a piece of fabric and is as vulnerable as the material itself.

Of course we are not supposed to touch paintings anymore. They have one barrier in the glass that protects them, and another in the alarm system that separates them from us in the gallery. Even quite young children know that they are not allowed to step over the enticing toy fences that run at shin height around the world’s museums. The impulse to touch a picture is never mentioned, as if it did not exist, even though a painting may carry the movements of the brush as part of its content, and viewers may imagine tracing that motion with their own fingers in turn, fellow-traveling through the image.

There are passages of such mystery in Velázquez’s paintings that one wonders how he could know exactly where to place those dots, dashes, flicks and spatters of paint so that they represent the sadness in an eye or the dazzle of sunlight on a silk dress; how he could catch the exact moment when heat turns to condensation on a glass of cool water. His brushstrokes are at times so sparse they can be counted, and presumably felt, one by one, giving an intimate sense of his hand at work.

One longs to run a finger over these marks, to read them like Braille in an effort to understand how he could invent such a miraculously persuasive language of painting. If even the smallest of specks were dislodged, it might alter precisely what was written there, as with few other painters. Take away a dot and the gold brocade no longer glints; remove even a scintilla of eyelash and a sitter’s whole expression changes. Every pinprick of pigment counts.

Snare had not only touched the picture surface, he had dabbed it with turpentine, which is good for cleaning varnish, but can take the paint away with it. This was a mistake never to be repeated. Instead he tried muslin dampened with water and more of the portrait became visible.

There was the familiar face of Charles as a young prince, not yet a king, with his long pale face and silky brown hair; there was the fledgling Spanish beard he first acquired in Madrid. That came as a relief, for at least it confirmed that the picture could not have been painted before Charles went to Spain, when he did not have a beard (though it did not of course prove that Velázquez was the painter). The prince was wearing armor and holding a baton; in the background was some kind of misty battle scene viewed in miniature as if through an aperture, window or frame. Snare proceeded with the utmost caution, inching over the dirt- blackened canvas on the brink between hope and despair in case he found anything anomalous. But so far nothing ran against him. There were the greys, blacks and silvers that belonged to Velázquez’s portraits, the tones blended wet-on-wet that seem to glow; the airy transitions, the characteristic lucidity and restraint praised by Palomino. The prince materialized before him, and Snare—like so many viewers before and since—was mystified by the illusion. “The spectator,” he wrote, “does not see how it has been done.”

And yet he did not confide his hopes to anyone but Isabella. The Velázquez was still a Van Dyck. 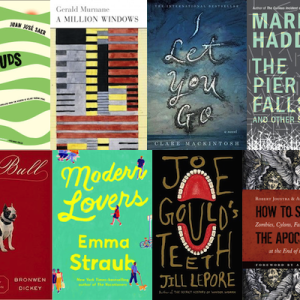 16 Books You Should Read This May I Let You Go, Clare Mackintosh (Berkley) Wilde Lake, Laura Lippman (William Morrow) The thriller of May is definitely...
© LitHub
Back to top