Because Sometimes the Wolf Shows Up Uninvited

Someday, my daughter will ask me why there are so few mothers in fairy tales.

Or rather, why there are so few living mothers. Mothers are nowhere and everywhere in these tales: made dead or spirit, found in inner voices or fairy godmothers, transformed into wild or wise beasts. Women told many of these stories themselves, to share with their own daughters. Why write so many stories where you only get to play the ghost?

It’s a complicated question that deserves a complicated answer, but the gist is this: I suspect that the mothers were preparing their daughters for a life without them.

Long, long ago, when the first fairy tales were being dreamed up, mothers were always on the verge of disappearing. To be an adult woman was to live a precarious existence at best. Too soon you could be sure of violence, of rape or beating or even murder. Too soon you could be sure of illness or death in childbirth. Too soon you could be gone, replaced with the next young fertile woman, still able to suckle your young. (The story of stepmothers is a whole other essay.) In those days, you had to create something you could leave behind to light the path, to keep throwing those bread crumbs, to clear the thorns from the thicket. A tree or a ghost or a bear or a good fairy—but something, something to outlast you.

A mother had to bequeath a gift, a story. And a daughter had to be ready. For her mother’s disappearance—and for her own, too.

My daughter is only two, but already I worry about her general state of empowerment. I buy books about famous women, scientists and artists and politicians. “These are fairy tales, re-spun and retold,” one book jacket reads. “Empowering for young girls and women of all ages.” I can’t wait for her to meet Princess Leia and especially (eventually!) Rey. We watch shows starring strong girls.

And for now, she’ll read cheerful, threat-free fairy tales. But when she’s a little older, we’ll dive into the real thing, no spinning. When she’s ready, I want her to read “Cinderella” with the self-mutilating stepsisters, “Sleeping Beauty” with the rape and babies, “Donkey Skin” with the incest-minded father. I want her to read “Little Red Riding Hood” with the murderous wolf at the door.

It’s not that I want my daughter traumatized. (Nor will she be, as anyone who’s read their Bruno Bettelheim knows; “The child intuitively comprehends that although these stories are unreal, they are not untrue,” he writes in The Uses of Enchantment.) But I want us to stop pretending that if we say a thing is so, it must be so. We can write as many books as we want about heroine princesses conquering the world—and I welcome them—but it doesn’t stop women from being stalked, from being doxxed, from being harassed, silenced, raped, married off, targeted, kept fighting for our reproductive rights. It’s one thing to help our daughters understand that they have it within themselves to be smart, to be tough, to take on the world on their own terms. It’s another thing entirely to whitewash the very real difficulties they (and their mothers) almost certainly will face, regardless of how empowered they are. We are born into a certain world, and how we navigate that world is part spunk and part, frankly, wariness and warning.

Yes, my daughter will watch Wonder Woman and Tangled. But we will also, eventually, learn about Boko Haram, about Mormon sister wives, about ISIS’s brides, that a staggering one in three women worldwide will experience gender-based violence in their lifetime. She will understand the world still is not built for women. She will learn that even though she is lucky to be born in this time, in this place, she is not a man. She must still, even through her joyful, affirmative feminism, learn a certain practiced sharpness. She can dance her way through days, but she must walk quickly with her keys out when it’s dark.

I’ve been asked in interviews, in classrooms and by audiences, if I think fairy tales are feminist. I think they are, but not by our modern definition of feminism. Traditional fairy tales were created long before any such notion existed, and I’d say they help women, rather than lift up women. They warn, rather than extol. They’re useful, which is a much older kind of feminism.

That said, there are many modern writers who’ve taken traditional fairy tales and made something more explicitly feminist of them, in part by simply subverting expectations. Angela Carter and Kelly Link come to mind, as does Helen Oyeyemi, Molly Gaudry, Kate Bernheimer, and Matt Bell. These writers aren’t creating explicitly feminist fairy tales in the way that, for example, the film Frozen does. Instead, they take a hard look at the problematic nature of the stories they’ve laid open, and give us new perspectives, new ways to see. Often their retellings are even darker than the originals, in part because they invite a modern, feminist gaze, while pulling back the curtain to reveal the appalling lack of options our protagonists are faced with. There are no levers or buttons; just modern readers, seeing clearly (and uncomfortably) the parallels between the lives of these protagonists and women in our own time.

“They warn, rather than extol. They’re useful, which is a much older kind of feminism.”

Hilary Mantel recently criticized writers who falsely empower history’s women, saying, “This is a persistent difficulty for women writers, who want to write about women in the past, but can’t resist retroactively empowering them. Which is false.”

I think I agree with Mantel to some extent; you can’t give characters agency when their lack of agency is what drives the story in the first place. But there’s always something the writer can give their beleaguered fairy tale heroine—even if it’s just a big sharp knife. Or the skills to lure the wolf to bed.

The makers of some of these tales were spinning long, long ago—thousands of years, in some cases. Life was hard, and short, and brutish, particularly so for women. And yet even this late in history, women and girls are still friendly with that darkness where fairy tales operate best.

In “Beauty and the Beast,” the merchant’s daughter eventually falls in love with her own captor, or at least pretends to. In “The Steadfast Tin Solider,” the ballerina is punished for ignoring the little solider who loves her by being burnt up in a stove with him.  In “The Wild Swans,” “Diamonds and Toads,” “The Little Mermaid,” and numerous other tales, the female protagonist loses the ability to speak, and thus loses control of her own fate.

And don’t we still have women trapped in abusive marriages and homes, women punished (sometimes killed) for failing to fall for a man who’s fallen for them, women silenced in myriad ways? A new CDC report reveals that, in fact, the majority of murders of American women involve domestic violence. How can we fail to still see the warning in these fairy tales, even for our daughters and ourselves, still in danger now and tomorrow?

Something that crops up repeatedly, in conversation and online reviews: certain young readers felt that the fairy tale I included in my last collection, a retelling of “The Wild Swans,” was too upsetting. There is a rape scene, more implied than described, but they still felt blindsided. And I do understand and empathize with their emotional distress; as a newish mother, I feel overwhelmed with the almost primal need to protect all the younger women I know.

But at the same time, I think emotional distress can be useful. I think it’s important. Because rape, abuse, harassment—these things DO blindside women. We can’t be empowered if we aren’t ready, if we aren’t prepared, if we don’t know why mothers and daughters disappear. Sometimes the wolf just shows up uninvited.

“There’s always something the writer can give their beleaguered fairy tale heroine—even if it’s just a big sharp knife.”

I don’t believe for a second that young people today are somehow coddled or are cowards; this is absolute nonsense, and the fact that the charge is aimed at a generation growing up in the shadow of climate change and 9/11 and massive student loan debt is monstrous, frankly. But part of the way I’d like to protect them, and to protect my daughter and her generation, too, is to draw the face of that evil so they recognize it, then and not-so-long-ago.

And I suppose that’s what these mothers were doing, the ones who made these stories. I don’t suppose they wanted to frighten their daughters or nieces or grandchildren, any more than I want to frighten mine. But they knew what girls needed to know about the wide, wicked world. Even if they needed to invent a tree or fox or fairy to tell it.

Someday, my daughter will ask me why there are no mothers in these fairy tales, and I will tell her that the world was a dangerous place for women back then.

Back then, I will say, and I will load that phrase with as much meaning as I can. I will not add, “and now.” I’ll let her come to that conclusion just as I did, just as the fairy tale readers before me and before me and before me did, all the way back to the beginnings of the tales themselves. She won’t be scared, I hope—and she’ll be empowered as hell, I hope—but also, grimly ready to go into the world and do battle with all she finds there. Kings and queens and witches and magic mirrors and stepmothers and passive fathers and disguises and huntsman and, yes—beautiful, dangerous wolves. 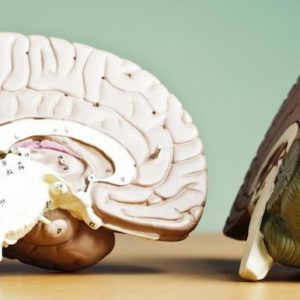 People ask me whether I think in French or in English now that I've lived in the US a while. I lie when I answer this. I say it depends...
© LitHub
Back to top