Camille Bordas on Bouncing Between French and English

People ask me whether I think in French or in English now that I’ve lived in the US a while. I lie when I answer this. I say it depends on what I’m thinking about—English for work, French for family and curse words. This answer is usually welcomed as logical: a language for the intellect, another for the feelings. Of course. The truth is I have no idea what language I think in, and because I’m a hypochondriac, I worry that this might mean I have a brain tumor. I end up wondering if I ever actually think of anything. In my head, it’s mostly blurry images, or blocks of sense memories colliding with whatever I’m presently seeing. Rarely a fully formed thought—unless I’m actively trying to make sense of something, the way I am doing right now. In conversation, though, some words come to me in English and others in French, and I have to pause for a second to find the correct translation.

I did this the other day, on the phone with my sister. She was having a hard time and needed to vent, and we acknowledged the fact that she was venting, except I’d forgotten the proper French phrase for venting and so I used a literal translation of the English word before the French expression finally found its way back to me. The way you say you’re venting in French is you’re “emptying your bag.” Unpacking. I love both the images. The bag and the vent. They work. I kind of don’t want to choose between them.

My mother and her three brothers, when together, have always spoken a mix of French and Spanish, with an accent that is neither one or the other—because they all, as children, spoke both languages perfectly and with no accent whatsoever, they were able to devise unique intonations for their Franish. Very few things make me more happy than hearing them speak their language. They pick the best version of each word in each language, conjugate old-timey French verbs the Spanish way… after 50-something years of existence, their language is still being invented as they go. It has its own logic that is one of constantly choosing what sounds best, or is the most funny, except it seems entirely effortless. It always flows perfectly. As a child I often wondered what made them decide between French and Spanish for such and such words, and I realize now that it was just another version of the question “What language do you think in?” Now I know they don’t think about it when they elect to say “La copa esta plena” instead of “la coupe est llena,” each one a different combination of French and Spanish. They’re just talking. They’re entertaining each other.

One idea I heard expressed both in French and in English in the exact same terms is that a writer should always write as if his parents were dead. As you might be by this transition, I was a little shocked the first time I heard this said (in French, by the way). I understood exactly what it meant and that I would never be able to do it and would therefore never be a good writer—all at once. My father had already died at that point, and the idea that I should imagine my mother dead as well in order to be a good writer was beyond me. What a sick thing to advise someone, I thought. But as I was saying, I did understand the idea that some sort of distance was needed from the fear of parental judgment, or from the thought of possibly hurt parental feelings. That seemed obvious. But why did it have to imply a mental offing?

Now, I’m not saying that the way I found to put this distance between me and my family was to write in a foreign language, but I can’t honestly say that it wasn’t, either. I really don’t know. I don’t like imagining my mother dead, but it’s true that I don’t like imagining her reading my stuff either. Yet there’s no way around it. She has me on google alert. She will read this before I know it went up. She will have to read it in English, though, and that will put a distance between her and the French daughter she raised. I want my mother to live a long and healthy life, and I also want to write unencumbered by a fear that she might hate what I’ve written, so maybe writing in English is my way to go around that. A screen. If something bothers her, I know she’ll have an excuse to believe that maybe she didn’t fully understand it.

To us French people, American English has this beautiful casualness about it that translates into the way we picture Americans themselves—a cliché of self-possession and comfortable-in-their-own-shoesness. A jealous French person would say “cockiness.” I for one like this ability Americans have to say big things very casually. I don’t know if it’s just me, but I find that some things in French just have too much weight, and that the American way is enviable. Example: “love” and “amour” are two very different words, even though any English-to-French dictionary will try to convince you they mean exactly the same thing.

When I first moved to Chicago, I was surprised at how often people expressed their love for one another. My husband concludes every phone call with father, mother, and sisters, with a resounding “Love you!” and I got used to it, but at first, I was alarmed. I thought “Why is he telling them that? Is someone dying?” But everybody was fine, of course. See, my father never told me that he loved me, and I know that if I say this to any healthy American, he will feel sad for me, or think that my father was a cold man, when in fact, I think that it was quite nice of him to not say the words, because I truly wouldn’t have known what to do with them. “Love” is a big, cumbersome word in French. In my family at least, we reserve it for romantic relationships and deathbeds.

In my novel, How to Behave in a Crowd, there’s a scene where the narrator starts to mentally translate everything he’s being told from French into German so that he doesn’t have to process the information he’s given. He feels that the words, once translated into German, have less power. They have to travel through a surface that delays true reception of their meaning. I guess it’s the same for me when I write in English. The delay between writing in English and wondering how the same would translate into French makes me able to say things I might not have dared to say in French directly. It would be unthinkable to me, for instance, to write in French the words “my mother” or “my father” in a nonfictional context, the way I just did in English in the last couple paragraphs. It’s like what happens when a total stranger confides in you in a way he would never be comfortable confiding in anyone he actually knows. In the end, the distance I was just talking about is also one that English makes me able to keep from myself. And I’m not sure it makes for better writing, but it sure sheds the writing process of a useless layer of self-censorship.

For all this psychological babble I just served you, though, I must be honest, make amends, and admit that if I’ve ended up writing in English, it is also for very pragmatic reasons: I live in the US and will probably do so for a little while—I might as well try to fit in. I write in English because I love the language. That helps. It’s gorgeous and playful. It’s quicker than French. It bounces in fun ways. I’m not really knowledgeable about language, or methodical: I couldn’t name you a single grammar rule of French or English, I don’t think. I do with what I’ve got.

When I was a child, we moved to a small town near the French Alps for a year, and in our yard was this old swingset that had, well, a swing, but also a rope and a couple of metal rings that a more athletic family might’ve used for gymnastics. Being us, though, we preferred using the rings as things to throw pebbles at from a certain distance—longer and longer, as time went on. The goal was to pick the tiniest pebbles and throw them at the rings, aiming for a contact that would be confirmed by a “ding” sound (the “ding” would be the proof contact had been made, as the pebbles were so small we couldn’t actually see them touch the rings when they did). The game was called, quite simply, “The Ding.” We could play it for hours.

One day, my uncle managed to have the pebble he’d thrown ricochet from one ring to the other, producing a double ding that left us all in awe. Later, we all attempted—though we didn’t admit it—to perform our own “double dings.” The simple ding, which had been so satisfying so far, was not enough anymore. There was always a fraction of a second, after the first ding, when the thrower waited in hopes of the second ding, and when it didn’t come, it was hard to conceal your disappointment. I was never able to perform a double ding myself, but sometimes, when I write something in English, translate it into French and find that it ends up working in both, I think I feel something similar to what must have been the satisfaction of double dinging. And I think it would be hard for me to go back to the lonely “ding” of writing in my native French, and in my native French only. I don’t think I really get to decide in the end, anyway. When I watch a French movie, I can’t help but read the English subtitles. I don’t need them, obviously. I just want to be in the two languages at once.

Camille Bordas is the author of two previous novels in French, Les treize desserts and Partie commune. Her fiction has appeared in The New Yorker. Born in France and raised in Mexico City and Paris, she now lives in Chicago. 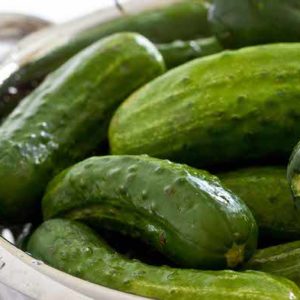 You are sitting at your desk and it is very early morning. You are still wearing your pajamas. You open your notebook,...
© LitHub
Back to top