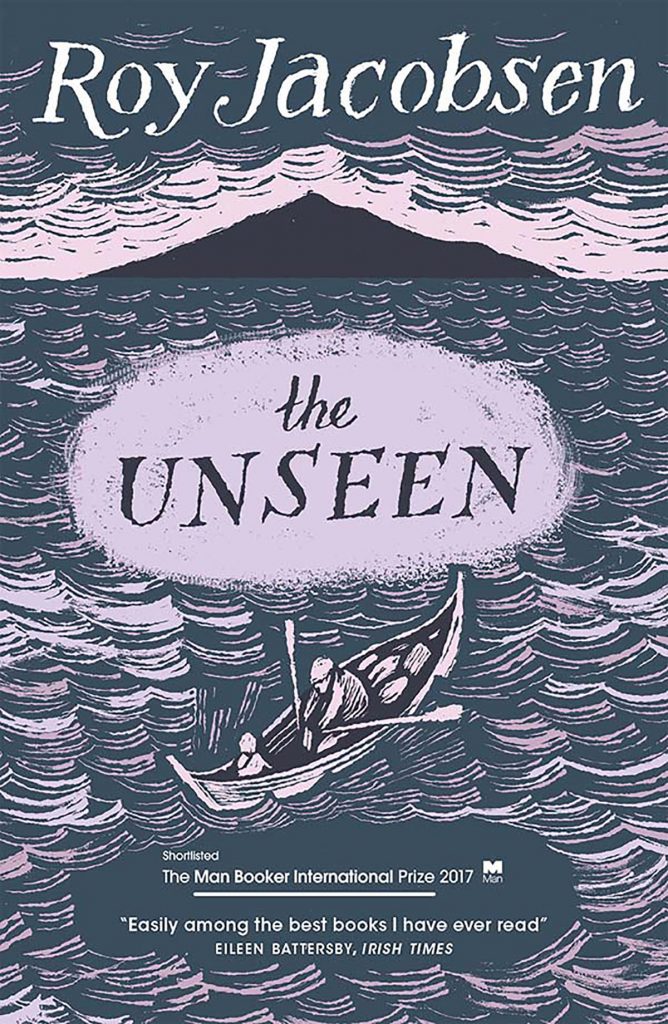 The following is a story from Roy Jacobsen's The Unseen. Jacobsen is a Norwegian novelist and short-story writer. Born in Oslo, he made his publishing début in 1982 with the short-story collection Fangeliv (Prison Life), which won Tarjei Vesaas’ debutantpris. He is winner of the prestigious Norwegian Critics Prize for Literature and two of his novels have been nominated for the Nordic Council’s Literature Prize: He lives in Oslo.

Winter begins with a storm. They call it the First Winter Storm. There have been earlier storms, in August and September, for example, bringing sudden and merciless changes to their lives.

But as a rule these storms are short-lived. It is during one of them that the trees lose their leaves. As mentioned before, there are not many trees on the island but there are plenty of fruit bushes and dwarf birches and sallows – whose leaves in the course of late summer turn yellow, then brown and red at varying speeds – making the island, on some days in September, resemble a rainbow on earth. And so it looks until a sudden storm is unleashed upon them, sweeping the colours into the sea, transforming Barrøy into a whimpering, brownfurred animal, which it will remain until next spring, when it will no longer resemble a white-coated corpse beneath heaps of snow and slush, and the driving snow comes and goes, and comes once more, forming drifts, as though trying to imitate the sea on land. But they have experienced these storms many times before, they can even remember the last time, a year ago.

The First Winter Storm, on the other hand, is quite a different matter.

It is violent every single time and makes its entrance with a vengeance, they have never experienced anything like it, even though it also happened last year. This is the origin of the phrase “in living memory”, they have simply forgotten how it was, since they have no choice but to ride the storm, this hell on earth, in the best way they can, and erase it from their memories as soon as possible.

Now they are in the midst of one such storm, it has raged with undiminished fury for more than a day and a night, with wispy flakes of snow swirling like tufts of wool above the island, rain as hard as hail and spring tides that do not ebb. Hans has been out three times to tie down things he didn’t even consider it possible to tie down. He has seen one of his sheep being blown into the sea before he had time to lock the others in the boat shed, they haven’t done the slaughtering yet and they have no room for all of them anywhere else, and inside he tethers them to the færing which he also ties down with its own mooring rope, it is unbelievable what men get into their heads when the First Winter Storm strikes.

He has also attached guy ropes to the new rainwater tank cover, a task which took him several hours. And he has to gather up the new roof gutters that are strewn all over the ground and place heavy rocks on top of them before he can crawl back home, by which time he is so drenched and his face so contorted that Ingrid can hardly recognise him.

She doesn’t like these storms, the creaking of the house and the trumpet blasts from the chimney, the whole universe in turmoil, the wind that tears the breath out of her lungs when she goes to the barn with her mother, that drives the moisture from her eyes and sweeps her into walls and bowed trees, and forces the entire family to camp down in the kitchen and sitting room, and even there they don’t get a wink of sleep. Martin too sits still when the winter storm ravages his island, with his woolly hat on his head and his great hands resting like empty, immovable shells on his knees. Unless he is holding them around Ingrid, who perambulates between him and the table and the oven and the pantry, and sits on the peat bin, dangling her feet, after which she goes back to Grandad and plays with his hands as if they were teddy bears.

The adults’ faces are chiselled in stone. They whisper and knit their brows and make attempts to laugh but see through their own play-acting and revert to a more serious mood, the buildings on Barrøy have withstood everything so far, it is true, but that is no more than proof of the past: once there was a house in Karvika, there isn’t any longer.

The sight of her father is the worst. Had Ingrid not known better she might have thought he was afraid, and he never is. Islanders are never afraid, if they were they wouldn’t be able to live here, they would have to pack their goods and chattels and move and be like everyone else in the forests and valleys, it would be a catastrophe, islanders have a dark disposition, they are beset not with fear but solemnity.

This solemnity doesn’t disperse until the head of the family has been outside once more and returns with blood on his face, remarking with a grin:

It takes them a while to realise that this is meant as a joke, and after they have wiped the blood off him and see that he has only a small cut on his chin, at which point he asks for a cup of coffee and says that th’ old rowan has started t’ lean t’east, they understand that the wind, once again, has changed direction from the terrible south-west to the west, which is the first sign that another hurricane is about to subside into an ordinary storm, and then turn into a northerly and drop to a moderate gale before finally abating enough for them to be able to carry water to the cowshed without arriving with empty buckets. Barbro and Maria can now manage to get them to the animals almost half-full, while Hans stands in the kitchen musing and fiddling with the cut on his chin; suddenly, however, he is struck by a sudden thought and tells Ingrid to go out with him to look at the sea, so that she will learn not to fear it, now, while it is at its most tempestuous, at its most instructive.

He doesn’t know why this idea occurs to him.

She doesn’t, either. But he puts on her coat, Martin is shaking his head, and ties a rope around her waist. They go out, the raging firmament above them, drag themselves southwards, wade against the current in a river of wind and water, struggle over three stone walls and crouch down behind one to catch their breath, clamber over another, Ingrid’s father laughing at every obstacle, she has to hold both hands in front of her face to breathe, up to the knoll behind the Russian tree trunk, which constitutes the last bastion against the roar that comes to meet them – foaming walls of water towering up in the black night and crashing down towards them, smashing against rock and beach and stone, causing sand and shell and ice to lash at them, this is something no-one can face, or comprehend, or remember, the trumpets of doom, all you can do is rid it from your mind.

“It won’t hurt tha,” her father screams in her ear.

But she doesn’t hear. Neither of them hears. He screams that she has to feel with her body that the island is immovable, even though it trembles and both the heavens and the sea are in tumult, an island can never go under, although it may quake, it is rock solid and eternal, it is fixed to the earth itself. Yes, at this moment it is almost a religious belief he wants to share with his daughter, since he doesn’t have a son, and with every day that passes he becomes more and more convinced that he will never have one and he will have to content himself with a daughter and teach her the basic principle that an island can never founder, never.

Later, Ingrid will reflect on how strange this evening was, something I’ll never forget, she will say, but this is long after the storm has passed, and only that which is unshakeable remains, the question of whether an island is more than a grain of sand. These thoughts are prompted not by her father but by her mother, who, after they have struggled home again, receives them with a barrage of reproach, complaining that she cannot even go to the cowshed without this idiot of a husband endangering the life of her daughter, if he gets any more of these crazy ideas, A’ll divorce tha an’ bi gone.

It is not the first time such words have been uttered in this plain-speaking household, they have nerves of steel, but it is the first time Ingrid has understood their implications: you can leave an island.

She starts crying, and it is a while before Maria realises that t is not the storm but her own words that have upset Ingrid, there is nothing to them, they are only sound and fury. But she can’t bring herself to say so, of course they are never going to leave Barrøy, it is an impossible idea, especially now that the First Winter Storm is in its death throes, beyond the creaking walls, in these situations people are not themselves and cannot see that once you settle on an island, you never leave, an island holds on to what it has with all its might and main. 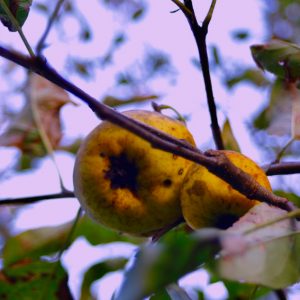 New Growth: Life in a
Pandemic Spring Brigadier General Ephraim Hinman was an extraordinarily tall, eccentric, and dignified Revolutionary War veteran, who, at one time,...
© LitHub
Back to top