Christopher Cox Talks to the Snow Champions of Telluride

In deepest summer, imagine yourself at the cusp of winter. There is one week to go before Telluride ski mountain opens for the season. In town, the instructors are trying out new uniforms, ticket takers are learning how to operate the scanner guns, food workers are memorizing the new menus, and lifties are filling out their first W-4s. None of it would matter, however, if there wasn’t enough snow on the slopes.

Two years ago, as the clocked ticked down toward Thanksgiving—opening day at Telluride—I embedded with the snow-making crew to see what it took to turn a bare mountain into a ski run. It was also a lesson, one of many I learned while watching high-pressure workplaces, in how a deadline can push a team to do extraordinary things.

The crew worked mostly at night, but they were the red-hot center of everything going on at Telluride that week. “Right now,” Scott Pittenger, the director of mountain operations, told me, “snowmaking owns the mountain.”

I was one of 15 working swing shift, 10:00 am to 10:00 pm I began the morning with Brandon Green, director of snowmaking, who was standing in the middle of a slope called Misty Maiden, flying a drone overhead to make a record of the previous night’s work. There were giant wales of snow around us, each of which would be allowed to leach moisture for a day before being spread out by the grooming team. That was the whole process: the snowmakers made a mound of snow, and the groomers pushed it out, over and over again, until they had a finished run.

Everyone I talked to at Telluride, from the CEO on down to the food and beverage workers, described Green as a genius. On first meeting, though, he was tetchy and reserved, and busy as hell. He kept bounding from one side of the slope to the other with no explanation, pausing occasionally to roll another cigarette. He was bearded and compact, with reddish blond hair and a wind-burnt face.

Back at snowmaking headquarters, several of the crew coming off the clock hung around in the shop for the shift-change meeting, drinking Rainier beer and looking exhausted. They were a scruffy lot, most of them in their twenties. Green went through a weather update, skipping past the snowfall forecast (there were a few inches expected on Thanksgiving itself) and zeroing in on the temperature and humidity data. The colder and drier the air, the more snow they could make. Green described the conditions as “marginal”—meaning not cold enough to turn the guns on full blast—but they would be able to produce new wales every night for the foreseeable future.

The most intense part of the action came just after nightfall, when the whole system came online and the first guns started spraying out snow. With just a few days to open, the pace was even more frantic than usual.

To me it seemed like chaos, a freezing scary rough-hewn madhouse, and the work would only get more intense in the days to come.

Green had a zippy one-person snowmobile that he used to great effect, darting from one snowmaking gun to the next, making adjustments on the fly. At one point well after dark, Green had to go back to headquarters, and he suggested that I ride with him “Canadian style,” which turned out to mean side by side, standing up, each of us holding one handlebar. Green controlled the throttle, and he didn’t let the uneven conditions and near pitch-black slow him down. He kept yelling things to me over the roar of the engine, but my brain wouldn’t let any information through other than “Must. Not. Let. Go.”

Once the temperature dropped below the threshold for making snow, we went to the pump house to start sending water from a pair of reservoirs down to the more than 60 guns that would be spraying snow tonight. (Telluride owns 180 guns, but there’s not enough water to fire them all at once.) The snowmakers thought of their jobs mainly in terms of water. Green didn’t talk about the slopes he had left to cover, he talked volume: “I’ve pumped forty million gallons so far this season and I’ve got to pump eighty million more.”

What kept Green nervous were the limits imposed by the reservoirs, which took five times as long to refill as they did to empty. He had tapped into the town’s fire-hydrant system for some extra volume, but even that only allowed him an extra gun or two. The result was that even in a good season, making enough snow to cover an opening tended to go down to the wire.

With the water pumping, we set out across the mountain again, checking on the guns one by one, making sure they were pointed in the right direction and dialed in. There were fan guns, which looked like jet engines on wheels, and snow lances, which were long aluminum tubes that sprayed their water high up in the air to give the droplets as much time as possible to freeze as they fell. They were arranged in packs of three, four, five, or six, or spread out along the side of a slope. All of them made use of the same basic principle. Combine pressurized air with water to create a fine mist that would freeze before it hit the ground.

From the pump house, we drove downhill on Misty Maiden, on a snow road carved between giant white mounds, surrounded on both sides by guns showering frozen mist down on us. It was an excellent way to get very cold very fast. Each gun had a light on it, which made them look like a parade of ghosts appearing out of the dark.

Green wanted to finish up a run called Meadows tonight, so he put six brand-new fan guns in a row, right in the middle of the slope. They were offline, and it fell to us to turn them on. First, we switched on the fans, then we arranged the water hoses feeding them, then we walked down to the hydrants. Green told me to turn them on one by one. I started with a little bit of water, but soon Green told me to turn it to “WFO.” He must have seen my blank stare because he quickly clarified: wide fucking open. All the while calls were coming through on the radio from other members of Green’s team, about a certain gun not working, or the pressure needing to be precisely calibrated on a set of guns, often by manually opening or closing the hydrants. Around us, guys sped by on snowmobiles to go troubleshoot the next problem.

Once the six pack was online, we went down to inspect a gun that had a frozen nozzle. Another snowmaker was already there with a blowtorch, trying to thaw it out, but the damage had already been done: the gun had been spraying water on the slope below it, which had set up as a thick sheet of ice.

It was cold getting snow-rained on in the dark. Most of the work of fixing these machines required considerable dexterity, and between that and the need to keep rolling cigarettes, Green rarely kept his gloves on. It was hard to believe he hadn’t lost a finger to frostbite by now. I only lasted a few hours with the team before I had to tap out and go warm up—they would work through the night, until ten the next morning.

Before I left Green and his team, he said that I was lucky to have observed a quiet night: it was too warm to fire off most of the guns, and only a few things had gone haywire. To me it seemed like chaos, a freezing scary rough-hewn madhouse, and the work would only get more intense in the days to come, as the deadline marched closer and the mountain remained unfinished. Back in my room, warm when the rest of them were still out there in the cold, I could hear the roar of the snow guns, like a white-noise machine. 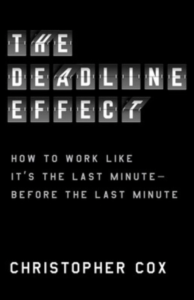 Christopher Cox has written about politics, business, books, and science for The New York Times Magazine, GQ, Harper’s, Wired, and Slate. In 2020, he was named a Knight Science Journalism Fellow at MIT and a visiting scholar at NYU’s Arthur L. Carter Journalism Institute. He was formerly the chief editor of Harper’s Magazine and executive editor of GQ, where he worked on stories that won the Pulitzer Prize, the PEN Literary Award for Journalism, and multiple National Magazine Awards. Cox was raised in Atlanta, Georgia, and went to college at Harvard University and graduate school at the University of Cambridge. He lives in Brooklyn with his wife, Georgia, and their two daughters, Carson and Alice.

Inside the Career of Tuesday Weld, a Hollywood “Poet of Failure” 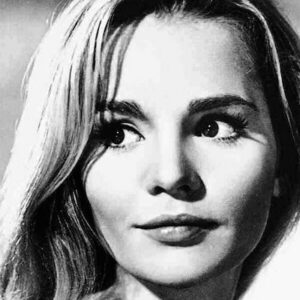 Inside the Career of Tuesday Weld, a Hollywood “Poet of Failure”

When Tuesday Weld appeared on The Dick Cavett Show in 1971, she was 28 years old. The age of a youthful actress in her prime,...
© LitHub
Back to top
Loading Comments...