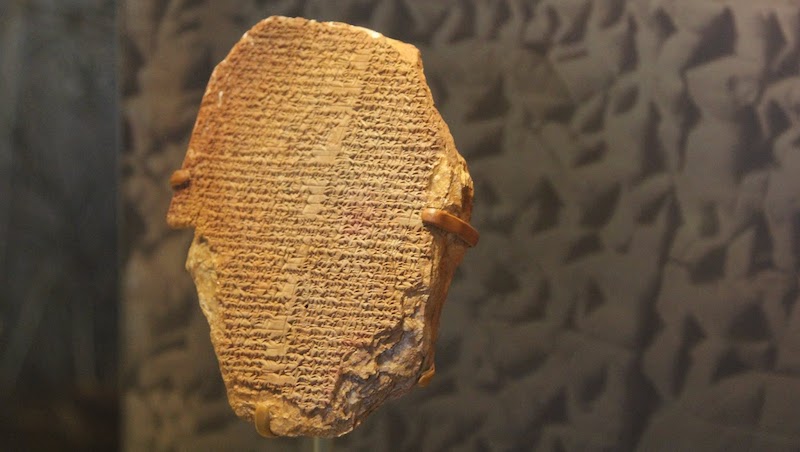 The U.S. has finally taken back the Epic of Gilgamesh . . . from Hobby Lobby.

A recent update to a story I can’t believe everyone isn’t talking about every day: the U.S. Department of Justice has formally seized the Gilgamesh Dream Tablet (a cuneiform tablet inscribed with part of the Epic of Gilgamesh) from Hobby Lobby (the craft store).

For years, Hobby Lobby had been the subject of a smuggling scandal regarding thousands of ancient Middle Eastern clay bullae and tablets intended for display at the Museum of the Bible, a museum owned by the Green family—the owners of, yes, Hobby Lobby. Despite warnings that the items were likely stolen, Hobby Lobby took no action until a federal district court ordered them to return thousands of artifacts and pay a $3 million fine.

The purchase of the Dream Tablet itself was quite sketchy: when it was transported to the U.S., prior to Hobby Lobby’s purchase, its entry was never declared, it was sold with a false provenance letter that stated the tablet had been inside a box of miscellaneous bronze fragments purchased in an auction in 1981. In September 2019, law enforcement agents seized the Dream Tablet from the Museum of the Bible, and in May 2020, federal prosecutors filed a formal suit to confiscate the Dream Tablet from Hobby Lobby. Now, the U.S. District Court for the Eastern District of New York has ordered the forfeiture of the tablet.

This is hopefully an intermediate step to returning the Gilgamesh Dream Tablet to Iraq; Iraq has filed a petition for the tablet’s recovery with U.S. Customs and Border Protection. Said Acting U.S. Attorney Jacquelyn M. Kasulis, “This forfeiture represents an important milestone on the path to returning this masterpiece of world literature to its country of origin.”

“Forfeiture of the Gilgamesh Dream Tablet demonstrates the Department’s continued commitment to eliminating smuggled cultural property from the U.S. art market,” said Assistant Attorney Kenneth A. Polite Jr. of the Justice Department’s Criminal Division. “Thwarting trade in smuggled goods by seizing and forfeiting an ancient artifact shows the department’s dedication to using all available tools, including forfeiture, to ensure justice.”